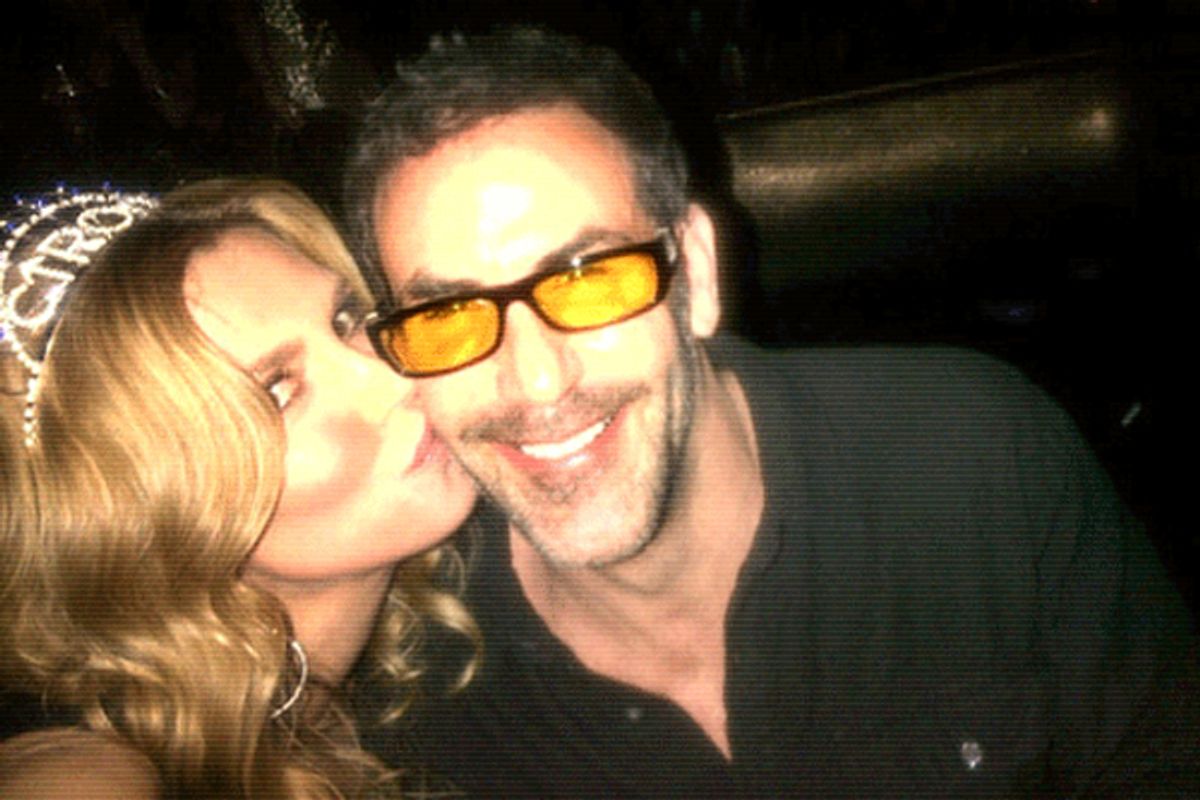 Way to sell "traditional marriage," straight people! First, Sinead O'Connor followed up her December wedding in Las Vegas to Barry Herridge with a split just 18 days later. Not to be outdone, just as "Real Housewives of Beverly Hills" star Brandi Glanville tweeted Monday that "I'm married again - suuuuuuck it!," her new groom, mixed-martial artist Darin Harvey tweeted that he "had a crazy Vegas moment. Getting annulled tomorrow." Marriage used to be considered a serious commitment. Now, nobody even wants to make it work for 72 days anymore.

The Glanville-Harvey nuptials were clearly never meant to be more than a lighthearted lark, some attention-getting fodder for the Twitter streams. In an interview on the Crooklyn's Corner blog, Harvey explained that alcohol was "some sort of a factor." "We were in Vegas, and we wanted to do the classic Vegas thing," he said. "On the way to the chapel, I'm reading on my iPad, doing a quick Google search on annulments in Nevada." Because if you can't have a marriage that lasts as long as a Woot! deal, what's the point of living in this country anyway?

Glanville, whose marriage to Eddie Cibrian ended in 2010 when he took up with LeAnn Rimes, surely knows the difference between a loving commitment and something you do because you couldn't get tickets for Cirque du Soleil. And a woman who cheerfully – and constantly -- refers to herself as a "hot mess" and ends every tweet with either an exclamation point or a smiley face isn't someone who takes her own antics seriously. But is "just for fun" really an acceptable excuse for a wedding, especially in a state where same-sex couples still can't do the same? When did getting married become the go-to stunt, not just for crazy teens or those desperate for a green card, but for 39-year-old moms?

In a Twitter stream that somehow manages to read like it's slurred, Glanville insists that "Marriage mocks itself, I believe anyone and everyone should be able to get married! Y not me???" Her quasi-husband says much the same on Crooklyn's Corner, explaining, "People think it sort of mocks marriage. I think marriage mocks marriage, because so much of it’s BS, and people are cheating on each other all the time."

I can't vouch for the vows that the Glarveys -- as I hope their welcome mat now reads -- made a few crazy nights ago in Vegas. I do know that the Graceland chapel includes the extraction of a pledge to be each other's hunks-a-hunks of burnin' love, so it's not all Bible verses and truth pledging at the altar. But what is a hilarious Vegas spree for some -- something to be celebrated with a "suuuuuuck it!" -- is for others a basic right yet to be won.

It's not Brandi Glanville's job to change the world. My God, this is the woman whose explanation for her actions was, "I didnt mean to offend anyone! I beleive everyone shud be able to get married & maybe even embarass themselves in Vegas ;). This yr has been Great for me in many ways! Im gr8ful for all the ppl I met thru RHOBV. Bare w/ me, Im gonna make mistakes, but I always learn from them! Xob." [sic] Forget the fight for same-sex marriage – what can we do to cure this lady's spelling? At least she didn't have the chutzpah to turn her sham into a "fairy tale" television event.

Yet there's an unmistakable whiff of cynicism -- along with the aroma of vodka -- within this notion that a wedding is something fun to do that can then be undone. Glanville, "hot mess" though she desperately purports to be, seems to have grasped that even though she has good reason to be skeptical about marriage, not everyone shares her view. Yes, marriages frequently end up as a bad joke. But one person's joke is still a whole lot of Americans' dream.