The media's real problem in Iowa 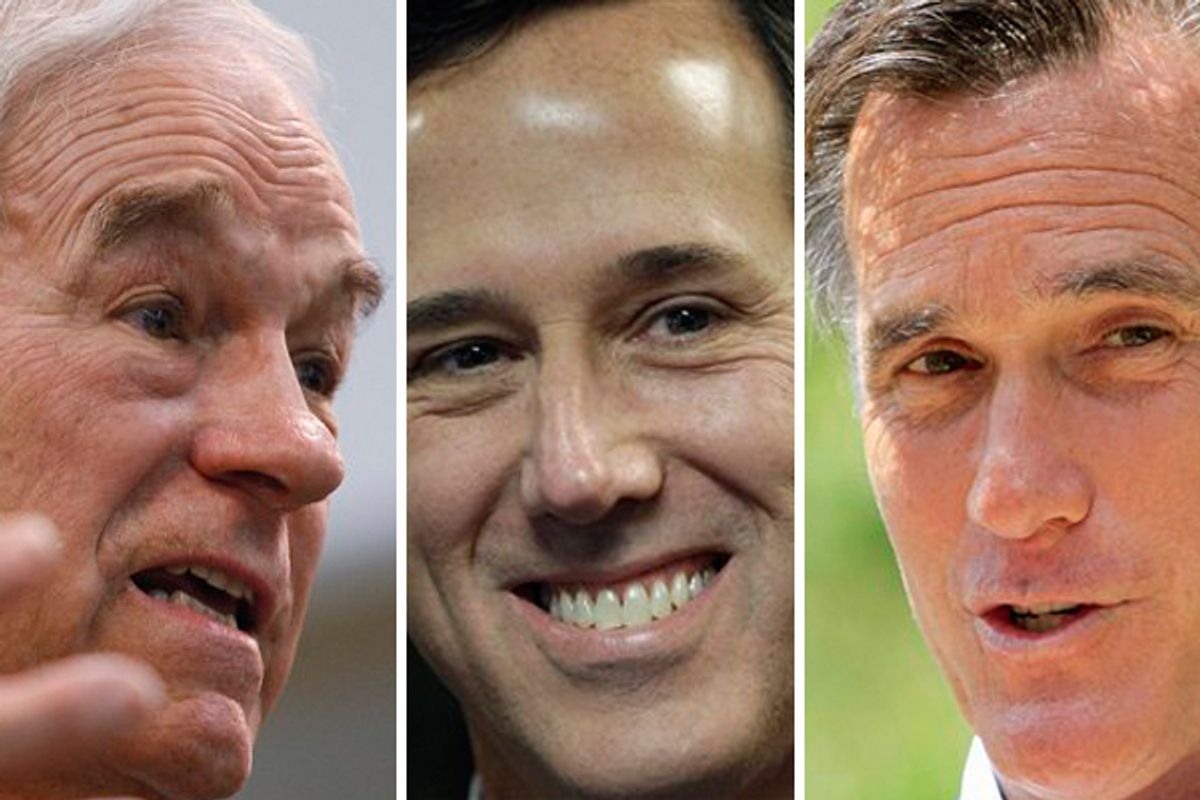 In truth, that last sentence should have quotation marks around "reporters" and "cover." As any perusal of the news (er, "news") from Iowa shows, most of what this army produces is candidate stenography, a recounting of the latest poll numbers, gossip or naked speculation -- that is, most of what it produces is valueless and neither "reporting" or "coverage" in any dictionary-definition sense of those terms.

To know this is true, behold this inadvertently stunning passage in the Capital New York piece about how Iowa is being "covered." In the midst of the piece's examination of the eye-popping level of media resources being spent in the Hawkeye State, Pompeo gives us the rare honest acknowledgment of how political "reporting" is now more accurately described as stenography than anything resembling genuine reportage (emphasis added):

Overall, it's clear that this election season won't be the making of any news organizations, large or small, established or emerging, as it has in some previous presidential election years.

For one thing, all the primaries are on the Republican side, and early on seemed to favor two candidates whose media operations were themselves either minimal, unstable or at times even nonexistent: Herman Cain and Newt Gingrich. It's hard to mobilize a large reporting team around candidates who keep changing their schedules, hold many events without making any accommodation for press and whose numbers in the polls zigzag all over the place, leaving media organizations to take a shot in the dark about where to allocate resources to find the candidates whose stories have a chance of lasting.

That is, of course, is not stuff that anyone directing the coverage will tell you about 2012; it's just what reporters and editors say amongst themselves.

Compare all this to the campaign of 2008 that pitted three media jockeys -- Hillary Clinton, Barack Obama and John Edwards -- against each other in a battle among some of the most aggressive and accomplished and successful campaign managers of the last couple of decades, and you can see why the press has a slightly hard time finding its bearings in 2012.

Political journalism, of course, is supposed to be adversarial in nature. It's supposed to be about providing a check on power, and about covering issues, elections and candidates without regard for whether the candidates and their staffs want them covered. Yet, what Capital New York tells us is a taboo truism that is rarely ever spoken out loud: Namely, that for all the faux conflict and chest thumping of the cable shows, and all the references to "Boys on the Bus" nostalgia among print reporters, political journalism today is now the mirror opposite of adversarial. It's about people who preen around calling themselves "reporters," but who are in reality just glorified royal courtiers simply transmitting press releases and spoon-fed stories from the candidates and their staffs. Indeed, as Capital New York so aptly put it, "what reporters and editors say among themselves" is that it is "hard to mobilize a large reporting team around candidates" who don't "make accommodation for press" and who don't have "media jockeys" and "accomplished campaign managers" to feed them stories.

Obviously, it's impossible to imagine the great scoops of history being broken if this had always been the overarching attitude in American journalism. Surely the crimes of Watergate would never have been uncovered had Woodward and Bernstein waited around for Richard Nixon's "accomplished campaign managers" and "media jockeys" to just hand them the story. Surely the other big investigative exposes of years past could never have occurred if journalism was structured to be fully dependent on those who it is supposed to be scrutinizing. And yet the very journalism industry that holds up the Watergate story and all those other muckraking successes as seminal events proving the industry's worth now embraces the creed of subservience -- because to do otherwise is today deemed too "hard."

This, then, raises the question about the word "hard": Why would it be considered difficult to mobilize a single reporter -- much less "a large reporting team" -- to aggressively cover uncooperative candidates?

The first part of an answer to that question is training: While in a bygone era professional journalists might have once been trained to cover such candidates in a hostile setting, that training has long since disappeared because (as Cenk Uygur recently exposed) it is anathema to the power-worshiping, establishment-coddling culture of national political journalism today. If a successful career in journalism is training in anything, it is training in how to avoid questioning, challenging or otherwise offending political power so as to keep climbing the ladder.

The second part of the answer is effort: It simply takes more shoe-leather work, expertise and skill to report real stories, rather than simply repackaging candidate press releases. And so when those candidate press releases aren't readily available, modern political journalism doesn't know what to do -- other than head for the horse race and the vapid gossip.

Of course, while such stenography rewards sheer laziness and sloth, it is hardly inexpensive. After all, paying six- and seven-figure salaries to this bevy of correspondents, pundits, cable TV anchors in Iowa ain't cheap, nor is the logistical costs of everything from feeding and housing those folks, to providing those media stars with their requisite entourages (camera people, stringers, segment producers, personal assistants, etc.).

Certainly, that spending has some small upsides -- for instance, it may end up being a bigger economic boost to Iowa's local economy than any federal stimulus bill could ever dream of generating. But in diverting finite resources away from real journalistic endeavors, the same profligacy comes with a huge downside for democracy and anything vaguely resembling real journalism.