Why is Georgia shaming fat children? 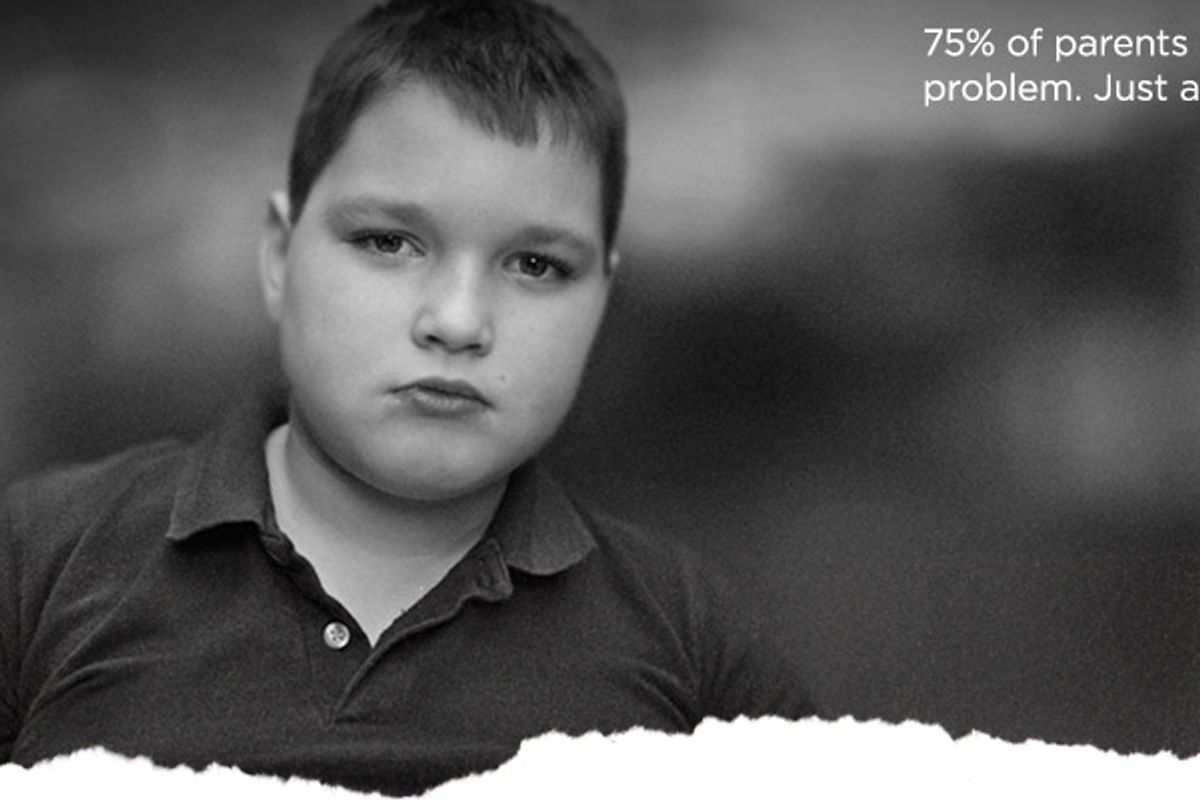 It's early January, and with ritual New Year's resolutions following the ritual holiday gorging, everyone is dealing with a heaping portion of fat shame. But this year, the real finger-wagging is aimed at our kids.

In an attention-getting series of ads sponsored by Children’s Healthcare of Atlanta, grim youngsters stare at us with accusatory eyes. "Warning," reads one message under a photo of Tina, a chubby female. "It's hard to be a little girl if you're not." In a YouTube spot, Tina admits that "I don't like going to school, because all the other kids pick on me. It hurts my feelings." The tag line reads, "Being fat takes the fun out of being a kid." In another ad, overweight Bobby confronts his plus-size mother. "Mom, why am I fat?" he asks. When we live in a country in which children can be taken from their parents for the "medical neglect" of obesity, maybe it's time to start looking hard for answers.

When the $50 million Strong 4 Life campaign launched last summer, it was a project born from a genuine and increasingly pressing healthcare crisis. Georgia has the second-highest childhood obesity rate in the nation, and where there's obesity, there are serious, long-term health repercussions -- diabetes, heart disease. But in recent days, fueled by a ramped-up billboard and television presence, the campaign has gained international attention – and criticism.

The obesity epidemic challenges parents and caregivers at every turn. How do we help our children make healthy choices when so many adults are struggling themselves? How do we encourage nutrition when our own government caves to the food industry's push for cheap, empty fare in our school cafeterias? Children who eat school lunch now stand a 29 percent greater chance of being obese than those who don't. Phys-ed classes are disappearing, and as many as 40 percent of our schools have done away with recess in the past few years. And at home, Strong 4 Life says that "50 percent of people surveyed did not recognize childhood obesity as a problem and 75 percent of parents with overweight or obese kids did not see their children as having a weight issue." How can we fix a problem that isn't just daunting, it's still barely even acknowledged?

The Strong 4 Life campaign at least confronts the issue head-on. Despite our cultural obsession with weight problems, we still chafe at identifying individuals – especially children -- who have them. Calling someone obese is considered a cruel taunt rather than a statement of fact. The unusually frank public service announcements demystify fatness. It's not a condition reserved for the pathetic, anonymous "creatures" of People of WalMart -- it's an issue our children face in playground jeers today, and with joint problems and sleep apnea tomorrow. As Strong 4 Life's pitch explains, "We must open our eyes and look around: Kids are now suffering from diseases once seen only in adults. ... We must come together as a community and talk about it."

But what kind of talk? As Marsha Davis, a researcher at the University of Georgia’s College of Public Health, told the Atlanta Journal-Constitution this week, "In terms of the social stigma about weight — it might actually make people feel worse."

Children’s Healthcare's Linda Matzigkeit says a new phase of the ad campaign is rolling out soon, but right now it's just a series of feel-bad messages to "Stop sugarcoating it, Georgia." Strong 4 Life does include tips for healthier living on its site, but the main thrust of the campaign is stil a horribly misguided focus on what a bummer it is to be fat. Shouldn't we encourage our kids that being healthy is a positive thing on its own, and not just because "it's hard to be a little girl" who's fat? There's absolutely nothing in a message like that other than the idea that girls are supposed to be "little." It implies that the teasing young Tina now endures will melt away when she sheds a few pounds. Maybe. But change so you won't get picked on? That's a terrible philosophy, especially for the less ectomorphically inclined. Some kids will always be big, even if they're perfectly healthy. As a Facebook commenter beautifully explained, "Just wanted you to know that you're doing a horrible thing. Fat kids shouldn't stop being fat because they get bullied. It's the bullies that should be stopped."

We cannot promote health in a culture that reduces human beings – especially very young ones – into stereotypes of big is bad. That is not healthy, productive or loving. We all want our kids to live long, strong lives, fueled on fresh air and nutritious food. But those things are products of accepting who our kids are now and who they can become, at every point on the body-mass index. Because as Marsha Davis told the Atlanta newspaper, "We need to fight obesity, not obese people."