Why the Iowa circus matters

The caucuses are unrepresentative, low-turnout, and often comical affairs. But they can make or break a candidate 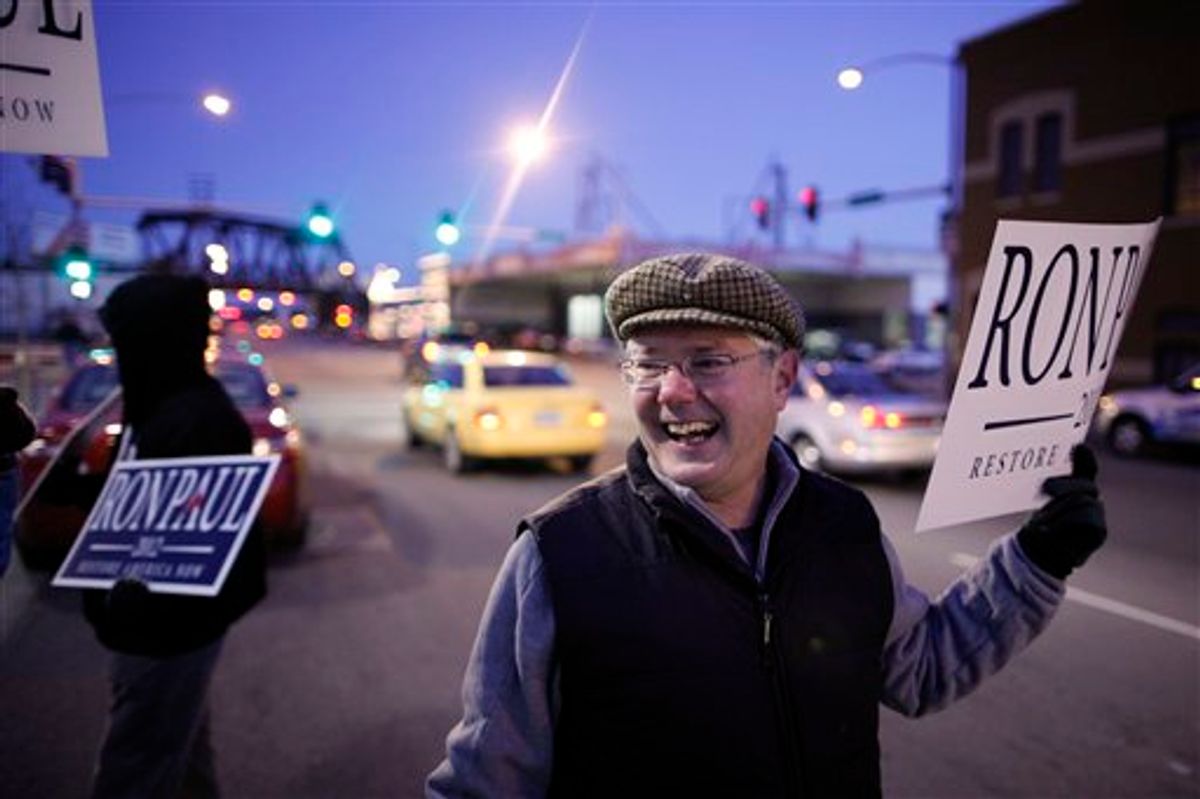 It’s easy to downplay the significance of the Iowa Republican caucuses because of their tiny voting universe (in which evangelical Christians and ideological activists are disproportionately represented), the small number of delegates at stake and the event’s poor track record at picking the GOP’s ultimate presidential nominee. But all of that misses the point: As the lead-off contest, Iowa plays a pivotal role in narrowing and clarifying the presidential field.

The last campaign provided a textbook example of how this works, when Mitt Romney – who targeted the state aggressively and led in polling for much of 2007 – lost by 9 points to Mike Huckabee. The setback sapped Romney’s momentum and helped John McCain (who received favorable post-Iowa press coverage after faring better than expected there) eke out a 5-point win in New Hampshire the next week. Iowa may not have vaulted Huckabee to the nomination, but it ended up being a major reason why Romney didn’t get it either.

So even though only about 125,000 Republicans are expected to participate in Tuesday night’s caucuses, the results figure to reinforce or reverse perceptions of each candidate’s viability, with serious implications in subsequent primary contests. Here, then, is a look at the best- and worst-case Iowa scenario for each contender:

Mitt Romney
Best-case: Iowa’s evangelical-heavy, activist-dominated caucus electorate is exactly the sort of audience that’s been most resistant to him. So if Romney finishes first, he’ll leave the state with real momentum – and an opportunity to convince some of the influential conservative leaders who are still on the sidelines to join the bandwagon. This will be especially true if Romney manages to win by a significant (5 points or more, say) margin or if none of his non-Ron Paul challengers finish within striking distance of him.

Worst-case: It’s hard to see Romney finishing outside of the top three, so the worst-case scenario for him would probably be losing by a substantial margin to one of the non-Ron Pauls – most likely Rick Santorum, who has moved near the top in the most recent polls. This would reinforce the perception that Romney is unacceptable to a wide chunk of the GOP base and it would present anti-Romney conservatives in subsequent states with a clear alternative to rally around.

Rick Santorum
Best-case: The stunning momentum he showed in polling late last week and over the weekend continues through caucus night and vaults Santorum to a first place showing – several points ahead of Romney and with the three candidates who have vied with him to be the de facto Romney alternative far, far back. This would maximize Santorum’s momentum and give him his best shot at clearing out his competition on the right and securing the one-on-one fight with Romney that he wants.

Worst-case: We find out Tuesday night that his momentum stalled about 48 hours earlier and Santorum finishes in the mid- to high-teens. This would be better than he’d been expected to do until about a week ago, but it probably wouldn’t be enough to establish him as the consensus anti-Romney candidate. His poll numbers wouldn’t jump as much in subsequent states, it would be tougher for him to scare up new money and prominent endorsements, and he’d face continuing credible competition from at least one of the Perry/Gingrich/Bachmann troika. Santorum’s national chances depend on marginalizing those three in Iowa and at the very least finishing close to Romney.

Rick Perry/Newt Gingrich/Michele Bachmann
Best-case: They’re all lumped together here because that’s roughly where they are in the latest Iowa polls, at or near 10 percent. To be viable going forward, each needs a surprising caucus breakthrough – ideally, surging to the high-teens (or better) and claiming third place, with Santorum somehow sliding back to fourth. That result would probably destroy the momentum that Santorum now enjoys and give Perry/Gingrich/Bachmann one last chance to assert him/herself in South Carolina, where the primary electorate is as evangelical-dominated as Iowa’s. Of the three, Perry is the most likely to pull this off, because he’s assembled the most professional campaign organization.

Worst-case: A total meltdown. Any of these three could end up finishing in single-digits – a particularly humbling possibility given the Iowa surges that each previously enjoyed.

Right now, Bachmann and Perry are promising to immediately turn their attention to South Carolina after Iowa, skipping New Hampshire and its more secular Republican electorate. Gingrich, meanwhile, is planning to compete in New Hampshire, where his numbers have been in free-fall but where he also enjoys the vocal support of the state’s largest newspaper. But it’s not unheard of for candidates to drop out after embarrassing Iowa finishes, so all of these plans can’t yet be considered etched in stone. The wild card is that Gingrich and Bachmann have both given the impression that they are interested in the brand-building potential of a national campaign, so they might stick around for the free exposure even if they fare badly on Tuesday. Conversely, Perry has run a much more conventional campaign and would be more likely to drop out the instant he concludes the race is unwinnable.

Ron Paul
Best-case: Obviously, a win, which seems less likely now than it did a week ago, with Paul’s late poll numbers dropping off. Paul could also benefit from a strong showing combined with a failure by Santorum (and any of the other would-be Romney alternatives) to post a breakout showing. The lack of a consensus non-Romney candidate for conservatives could make it easier for Paul to build support in New Hampshire and elsewhere.

Worst-case: Paul is unique in that there really isn’t a worst-case scenario for him. As Politico’s James Hohmann observed, he’s the leader of a movement as much as he’s a candidate for office, meaning that the usual rules about expectations and momentum don’t really apply to him. Even when it was clear that John McCain would be the nominee in 2008, Paul pressed on, losing one state after another but preaching his message to anyone who would listen. Obviously, he’ll get more attention from a strong performance in Iowa, but it’s hard to see a bad one deterring him.