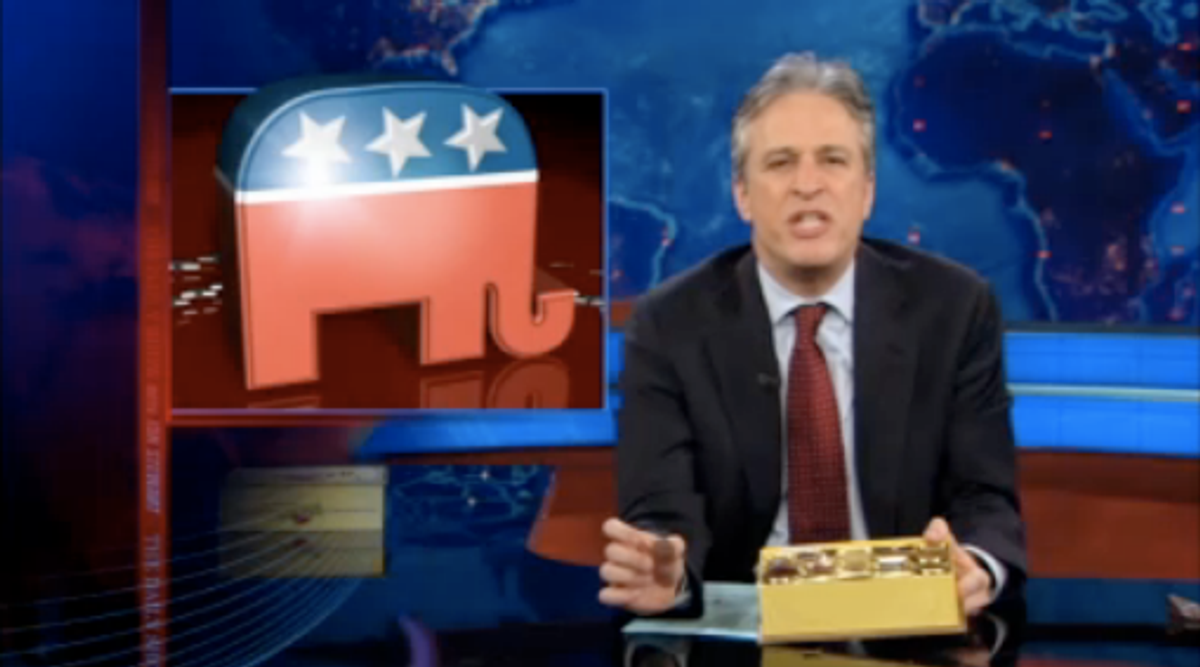 Though "The Daily Show" taped before the Iowa caucuses last evening, and Jon Stewart didn't know just how close the contest would be, he was nonetheless prepared for the eventuality of a Rick Santorum upset victory. After all, this isn't the first insurgent candidacy the GOP has seen in the past few months. To illustrate just how far into primary season this "Santorum Surge" might extend, Jon Stewart broke out the props, and asked viewers to imagine that the GOP field was a box of chocolates.

The point? No matter how bad each of the other pieces of candy (insurgent candidacies) might have seemed, Rick Santorum is still the least appetizing choice of all.