Romney and adviser at odds on immigration

Charlie Black lobbied for the DREAM Act, which the candidate has promised to veto 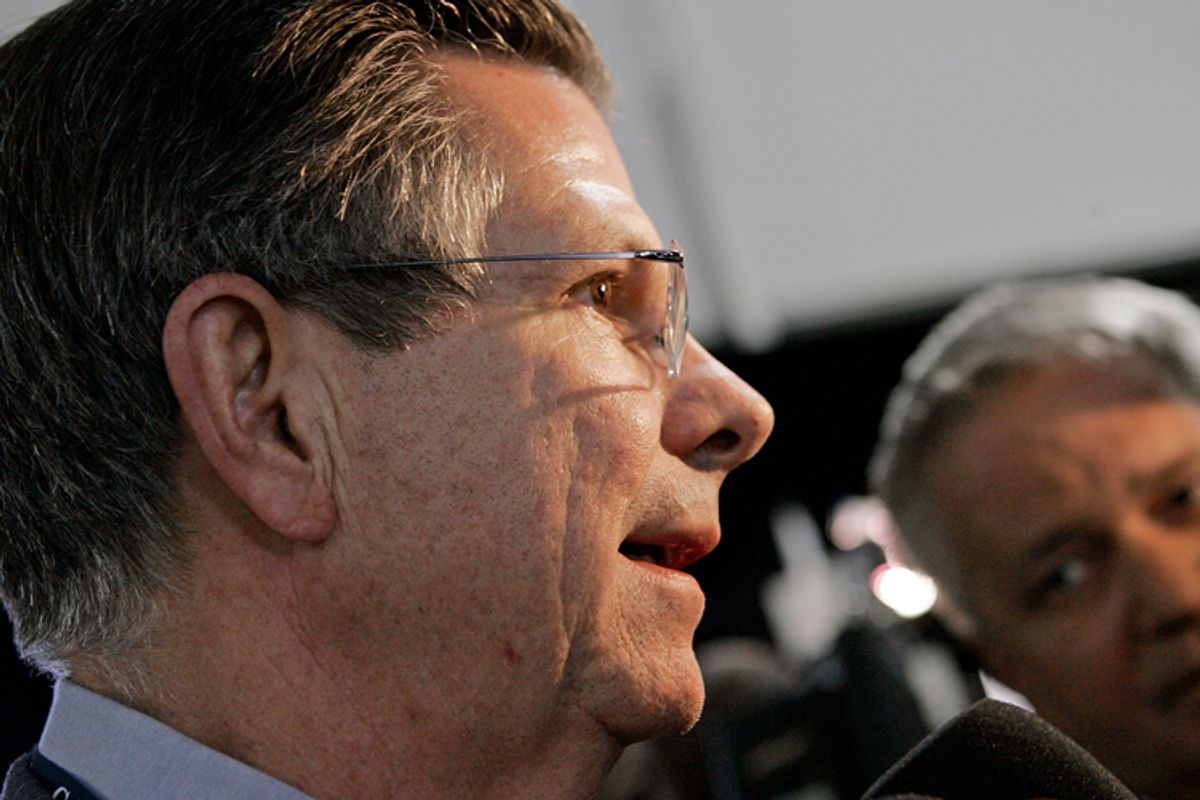 An informal adviser to the Mitt Romney campaign recently lobbied Congress to pass comprehensive immigration reform and the DREAM Act, stances that are at odds with Romney’s increasingly hard-line position on the immigration in general and opposition to the DREAM Act in particular.

Longtime Republican operative Charlie Black, who was a top aide to the John McCain campaign in 2008, has joined Romney’s “circle of informal advisers,” the New York Times reported this week. After McCain lost, Black rejoined as chairman the high-powered bipartisan lobbying firm he founded in the 1980s, which is now called Prime Policy Group.

Disclosure records show that in early 2011, Black, personally lobbied for Wal-Mart on the issue of the DREAM Act, which would extend permanent resident status to illegal immigrants who were brought to the U.S. as children and meet various achievement requirements. Wal-Mart has been a prominent voice in favor of comprehensive immigration reform. Prime Policy Group was paid $60,000 by Wal-Mart in the first quarter of 2011 for lobbing on immigration and other issues.

Romney has picked immigration as the issue on which to go after his generally more conservative opponents from the right. Campaigning in Iowa last week, Romney promised to veto the DREAM Act if it came to his desk as president, a position Democrats have already pounced on. In a November debate, Romney went after Newt Gingrich for advocating “amnesty,” arguing that allowing any path to citizenship and benefits like in-state tuition for illegal immigrants would create a “magnet” for more immigrants. And in September, Romney mocked Rick Perry’s statement that those who oppose education for young illegal immigrants “don’t … have a heart.”

All of that is in opposition to Black’s long-standing position on immigration.

“I have supported comprehensive immigration reform going back to the Reagan days,” Black told Salon in an email. “Sometimes as a paid consultant. Usually not. I do not, however, advise Mitt Romney on issues.”

I asked Black about his statement to the New York Times that he “offer[s] advice occasionally” to the Romney campaign. “Not on issues,” he responded. “My background is as a political organizer, not a policy adviser.”

Ali Noorani, executive director of the National Immigration Forum, said that the group hired Black because of his longtime commitment to reform and “his commitment to a rational immigration system.”

“We worked closely with him in engaging different members of Congress," Noorani said. The contract was terminated at the end of June 2010 because the legislative window for comprehensive reform had closed, Noorani said.

Black was the subject of scrutiny when he was a McCain adviser in 2008 because he had lobbied over the years for various foreign dictators and human rights abusers, including Angolan guerilla leader Jonas Savimbi.

Since returning to lobbying, Black was worked for Google, the National Association of Homebuilders, the Securities Industry and Financial Markets Association, and Boeing, among many others. In 2010 and early 2011, Black’s Prime Policy Group also lobbied for Goldline, the company that sells gold on Glenn Beck’s programs. In November, executives for the company were charged with theft and fraud.