The Supreme Court created a monster 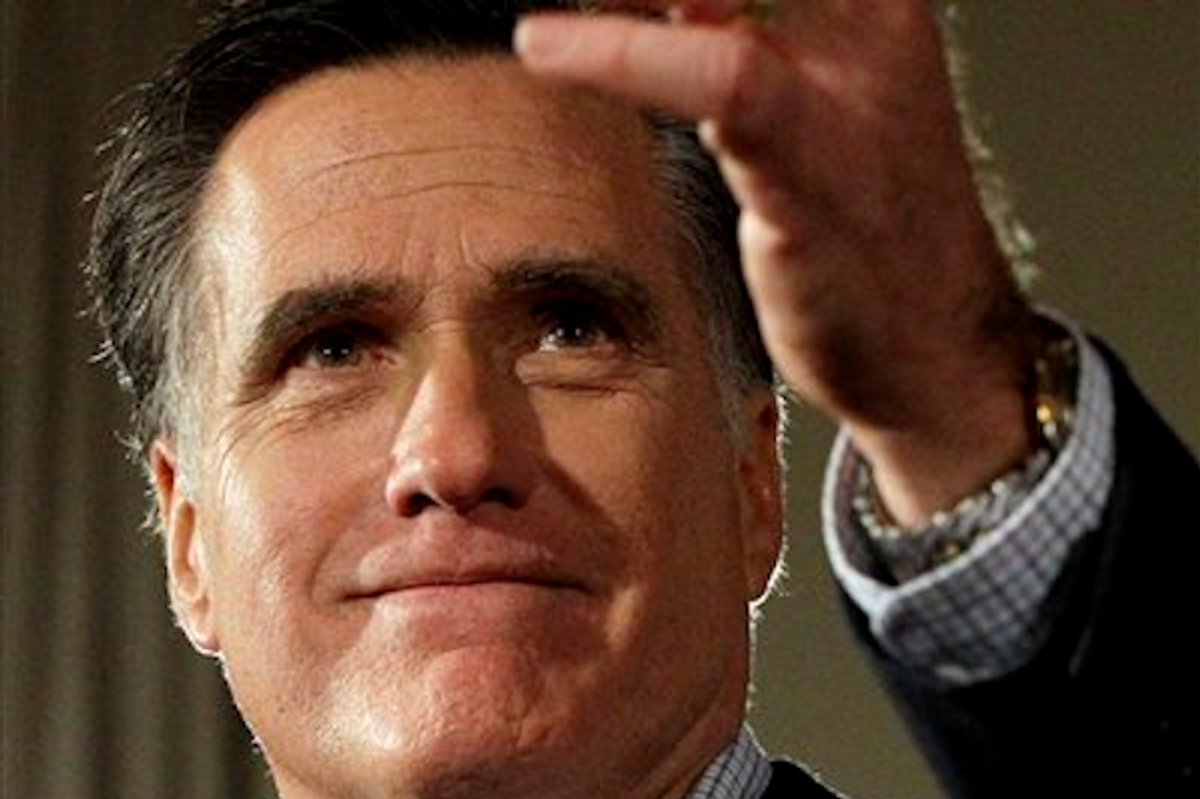 If Mitt Romney becomes president I’m to blame. Ten years ago I ran for the Democratic nomination for governor of Massachusetts -- which would have given me the opportunity to whip Mitt Romney’s ass in the general election,

I blew it. In the final week of the primary I was neck and neck with the state treasurer, but then my money ran out, which meant my TV ads stopped. Declining the suggestion of my campaign manager to take out a second mortgage on my home, I frantically phoned anyone I could find who hadn’t yet contributed $500, the maximum state law allowed. I didn’t raise beans. In the end, the treasurer won the primary, Romney won the general election and became governor, and I went back to being a professor.

But my fantasy of beating Romney may be nothing more than a fantasy because Romney had -- and still has -- something I never did, and I’m not referring to his gleaming white teeth, carefully-coiffed hairline or height. He has money, and he has connections to much more money.

Mitt Romney was and is the candidate of big money.

In the last weeks before the just-completed Iowa caucuses, Romney spent over $3 million relentlessly torpedoing Newt Gingrich — cutting Gingrich’s support by half and hurtling him from first place to fourth. But Romney kept his fingerprints off the torpedo. Technically the money didn’t even come from his campaign.

It came from a Super PAC called “Restore Our Future,” which can sop up unlimited amounts from a few hugely wealthy donors without even disclosing their names. That’s because “Restore Our Future” is officially independent of the Romney campaign -- although its chief fundraiser comes out of Romney’s finance team, its key political strategist was political director of Romney’s 2008 presidential campaign, its treasurer is Romney’s former chief counsel and its media whiz had been part of Romney’s media team.

“Restore Our Future” is to Mitt Romney’s campaign as the dark side of the moon is to the moon. And it reveals the grotesque result of the Supreme Court’s decision a year ago in Citizen United vs the Federal Election Commission, which reversed more than a century of efforts to curb the influence of big money on politics.

If income and wealth in America were as widely shared as in the first three decades after World War II, we’d have less reason to worry. But now, with an almost unprecedented concentration of money at the very top, Citizens United invites the worst corruption our democracy has witnessed since the Gilded Age.

Other candidates have quietly set up Super PACs of their own, but his unique ties to big money enable Romney to take most advantage of the Court’s scurrilous invitation.

More than anyone else running for president, Mitt Romney personifies the top 1 percent in America -- actually, the top one-tenth of one percent. It’s not just his four homes and estimated $200 million fortune, not just his wheeling and dealing in leveraged-buyouts and private equity, not even the jobless refugees of his financial maneuvers that makes him the Gordon Gekko of presidential aspirants.

It’s his connections to the epicenters of big money in America -- especially to top executives and financiers in the habit of investing  for handsome returns. And there are almost no better returns than those found in tax benefits, government subsidies, loan guarantees, bailouts, regulatory exemptions, federal contracts and trade deals generating hundreds of millions if not billions of dollars a year.

Romney, in other words, is the candidate Citizens United created, the creature given life by the Supreme Court playing Dr. Frankenstein. Romney is the true son of Scalia, Roberts, Kennedy, Thomas and Alito.

Given what the Court has wrought, my conscience is less burdened. Had I whipped Romney’s ass ten years ago I might only have delayed his awakening. But I fear for the country.