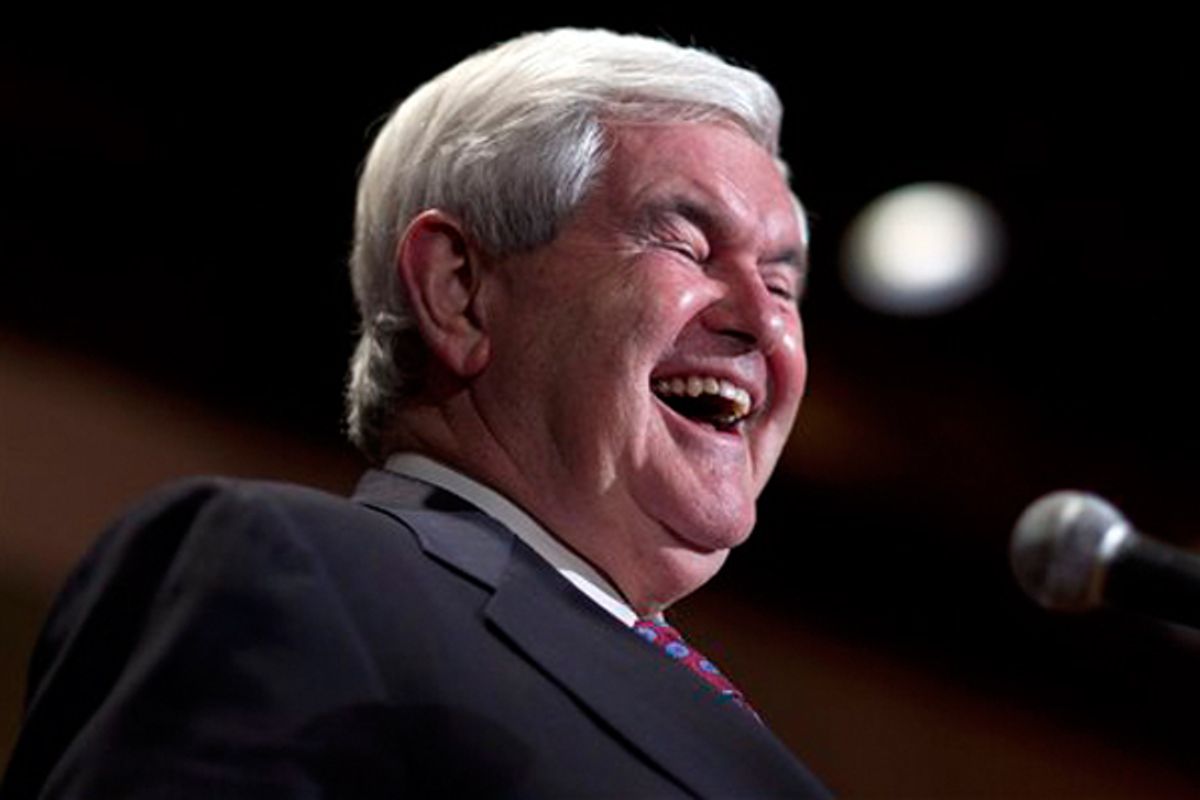 When Newt Gingrich, last May, called Barack Obama "the most successful food stamp president in American history," everyone understood what he meant. But when David Gregory asked Gingrich to be more explicit about his point, Gingrich took offense. How dare you accuse Gingrich of using "racially tinged language!"

GREGORY: First of all, you gave a speech in Georgia with language a lot of people think could be coded racially-tinged language, calling the president, the first black president, a food stamp president.

GREGORY: What did you mean? What was the point?

REP. GINGRICH: That's, that's bizarre. That--this kind of automatic reference to racism, this is the president of the United States. The president of the United States has to be held accountable. Now, the idea that--and what I said is factually true. Forty-seven million Americans are on food stamps. One out of every six Americans is on food stamps. And to hide behind the charge of racism? I have--I have never said anything about President Obama which is racist.

In New Hampshire on Thursday, Gingrich explained who his "food stamp" point was directed at:

"I'm prepared, if the NAACP invites me, I'll go to their convention and talk about why the African American community should demand paychecks and not be satisfied with food stamps," Gingrich said.

How odd. Why would he want to talk to the NAACP about food stamps, when everyone knows that it's "bizarre" to claim that invocations of food stamp dependence by white Republican politicians are in any way a racial dog-whistle? (Maybe he meant the "National Association for the Advancement of Colored Peoblah," and "the Africlah-Ameriblah community." That's probably it.)

Anyway, Newt, if you're planning an ambitious new jobs program for the African-American community, I am sure the NAACP would be happy to listen, but it seems like your "paychecks" plan mostly revolves around smug hectoring about how black people just don't feel like getting jobs on account of how wonderful and free life on public assistance is.

Speaking of the easygoing public assistance lifestyle, New York City Mayor Michael Bloomberg is currently strongly defending his city's unusual policy of requiring food stamp recipients to be fingerprinted, for no discernible reason beyond making it that much more humiliating and degrading to receive needed benefits. If you don't like it, get a paycheck instead!