"I can tell you one thing: you’re not my kind of Mormon," he told a Massachusetts church member 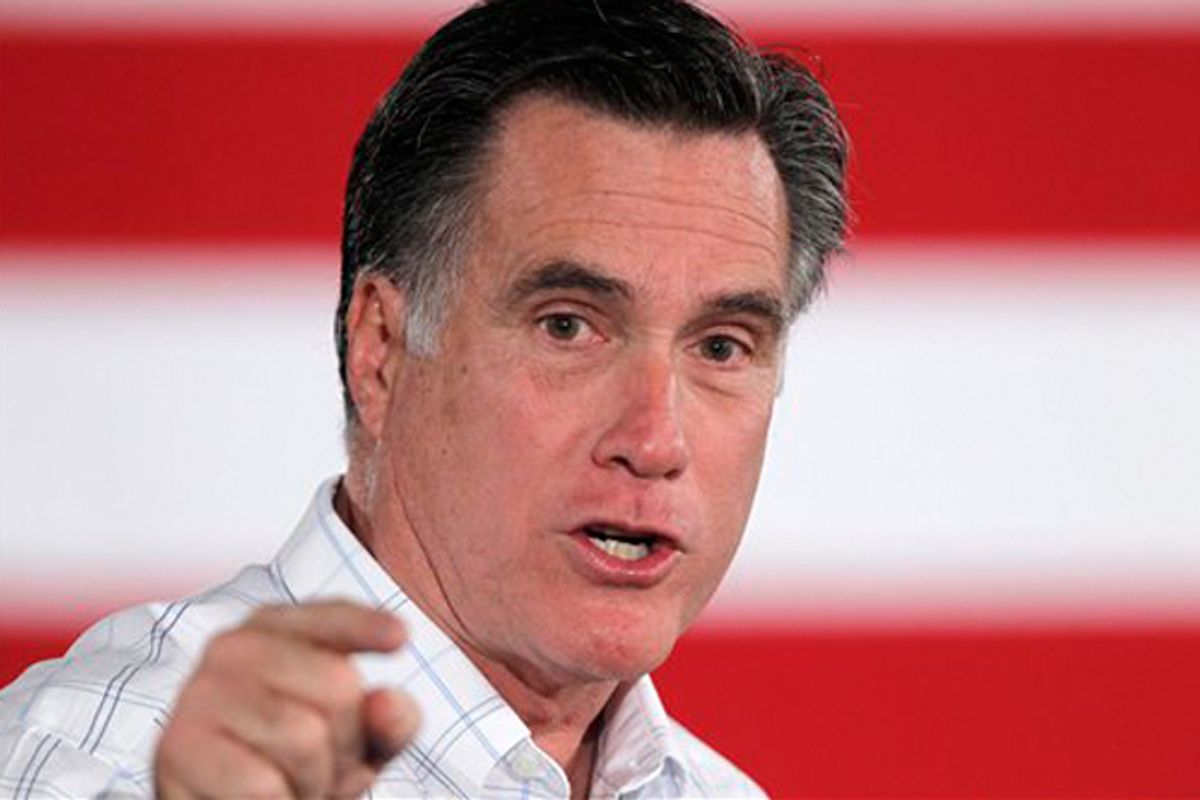 I've written before about the rarely discussed period of Mitt Romney's life when he was a leader in the LDS church in Massachusetts and enforced some of its most socially conservative policies.

Vanity Fair just published an adaptation from a new biography of Romney that offers what (I believe) is a previously unreported anecdote about Romney's time as a Mormon leader. Authors Michael Kranish and Scott Helman report that Romney told off a woman with feminist leanings who was a member of the stake (equivalent to a diocese) of which Romney was then president:

One woman who had been active in the [feminist] Exponent II organization was Judy Dushku, a longtime scholar of global politics at Suffolk University in Boston. At one point while Romney was stake president, Dushku wanted to visit the temple outside Washington to take out endowments, a sacred rite that commits Mormons to a lifetime of faithfulness to the church. …

After what she described as a “lovely interview” with her bishop and after speaking with one of Romney’s counselors, she went to see Romney. She wasn’t sure what to expect. Despite Romney’s willingness to allow some changes in 1993, he and Dushku had clashed over the church’s treatment of women. “He says something like ‘I suspect, if you’ve gotten through both of the interviews, there’s nothing I can do to keep you from going to the temple,’ ” Dushku recalled. “I said, ‘Well, why would you want to keep me from going to the temple?’ ” Romney’s answer, Dushku said, was biting. “He said, ‘Well, Judy, I just don’t understand why you stay in the church.’ ” She asked him whether he wanted her to really answer that question. “And he said, ‘No, actually. I don’t understand it, but I also don’t care. I don’t care why you do. But I can tell you one thing: you’re not my kind of Mormon.’ ”

The whole piece is worth a read. Also of interest: a Q&A Dushku did with the Boston Globe in 2006 about LDS feminism.