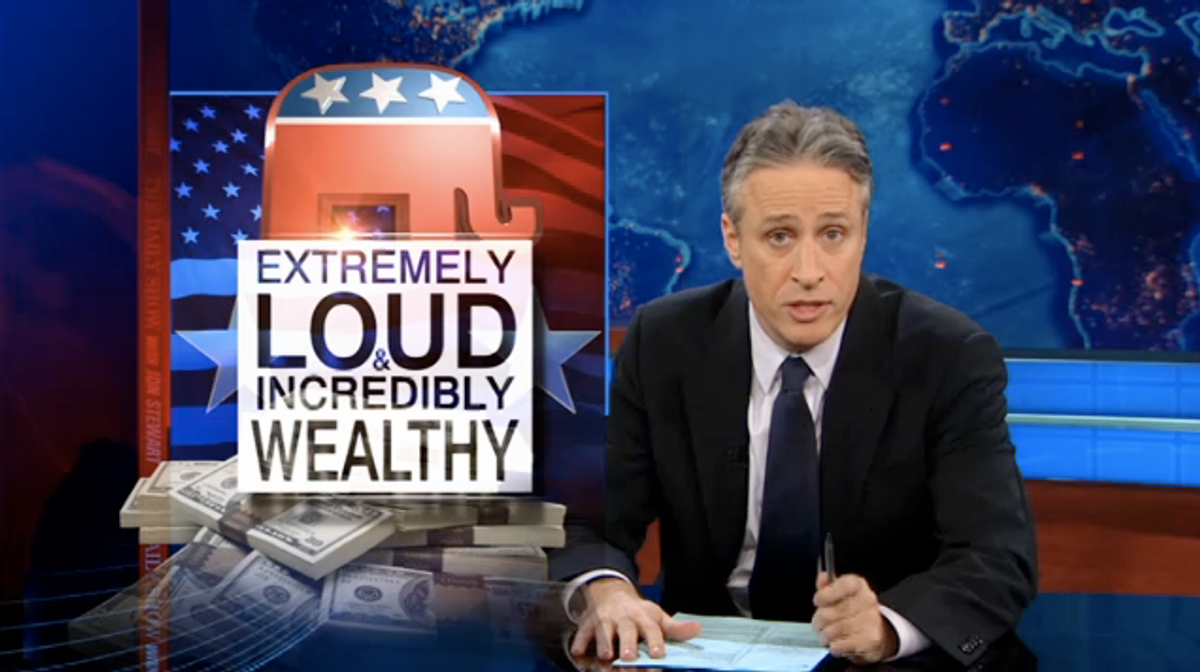 The year-long grind of the Republican nominating contest has had a strange effect on the remaining candidates in the race. Sure, they're all still arguing for less government, less regulation, lower taxes on America's "job creators." And each of them will still emphatically state that our country's richest businesspersons don't deserve Barack Obama's "class warfare" and the politics of the 99 percent.

How is it, then, that those very same candidates have spent the past several weeks lambasting Mitt Romney over his significant net worth? The former Massachusetts governor -- between his history as a successful businessman and his free market ideology -- is the human embodiment of the Republican party platform. As Jon Stewart put it on "The Daily Show" last night: "You're mad at Mitt Romney? For God's sake, it's like Mitt Romney answered the Republicans eHarmony ad, and now you're saying its unfair."