The selling of "Anarchy"

A new body spray is the latest product to tie itself to protests. Is it a sign that the movement has mass appeal? 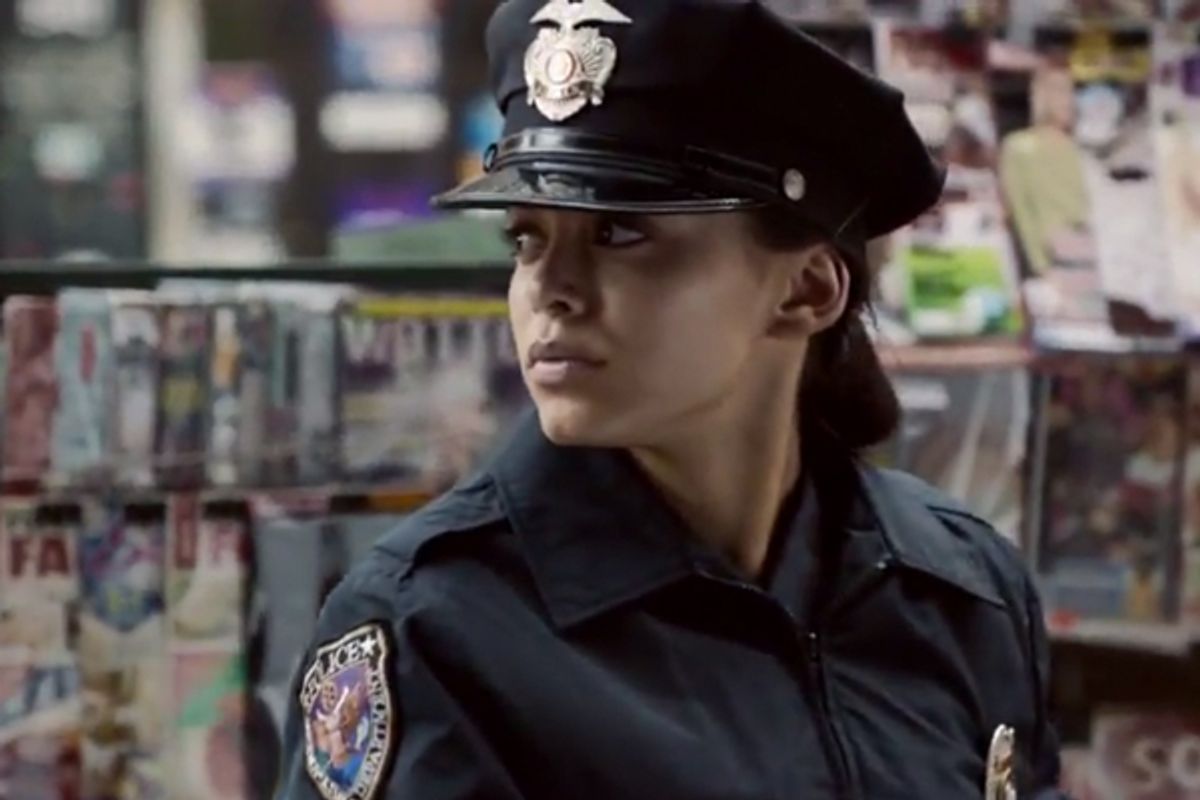 A female police officer chases a masked jewelry thief through a sun-drenched cityscape. Sprinting, he pulls off his mask, sheds his jacket and dumps his bag of loot; she throws off her police hat, undoes her utility belt and drops her weapons to the ground. She’s no longer a cop; he’s no longer a criminal. They stare at each other with unbridled desire. The words “Nothing will ever be the same again” appear on the screen, followed by the warning “Anarchy is coming.”

Sounds pretty radical, right? Anarchy promises a world where the roles of cop and criminal break down and new ways of relating to each other are possible -- nothing will ever be the same again – and it’s hot. But the clip actually aims for a different type of anarchy altogether: It teases Anarchy, a new fragrance to be aimed at women (a first for the brand) from the noxious fume producers Axe.

Jezebel has already noted the absurdity of “Axe, the cheap toiletry equivalent of the He-Man Woman Haters Club” trying to expand its market by creating a fragrance for women. It’s news to make feminists gag, and not just from the stench of Axe.

But the other key question is this: Can you bottle anarchy?

Axe is hardly the first brand to attempt to commodify a radical idea. Last year, Levi’s released a commercial that proclaimed urgently, “Now is our time,” juxtaposing fleeting shots of lithe, embracing bodies with protest crowds and a young, Levi’s-clad man squaring up to riot police. (In light of the riots in London last summer, Levi's pulled the campaign from the U.K.)

What's interesting about the Axe campaign is that it actually shows more than just images of a riot. The commercial purports to show two people rejecting the status quo -- abandoning their subject positions (cop/robber) and embracing a very different relationship. Of course, being about Axe, the ad actually only serves to push its standard (bizarre) narrative that, no matter what the circumstances, people doused in Axe become sex magnets to sexy people.

At the very least, these ads are a nod to the popularity of dissent. People paid to sell products usually don't associate major brands with something unpopular while trying to entice a larger market share. But should dissenters be concerned about the possibility of capitalism’s recuperative claws succeeding to commodify (and pacify) even anti-capitalism?

In the past decade alone, we have seen capitalism’s recuperation machine at its finest; the activist identities of an environmentalist, a gay rights supporter and a feminist, to name a few, were repackaged into something you could embody through buying the right T-shirt, wristband, light bulb or car.

Even Occupy Wall Street was something youth brands wanted to be part of. Writing in the Nation about MTV's plans to film an Occupy season of "The Real World," Allison Kilkenny argued that “MTV’s commodification of the experience runs the risk of inverting that which makes OWS so successful,” namely “it is a return direct action.”

But it should come as little surprise that corporations are trying to cash in on the Occupy brand, because regardless of its political potency and radical importance, OWS works as a brand. It’s a banner or slogan that can unite people who are interested in changing the current conditions under which we live.

The challenge posed by bottled anarchy is perhaps a more interesting one.

Riot scenes in jeans commercials could well make dedicated anarchists sick to their stomach. But there is the potential for some smugness too – the sort of smugness that might justifiably feel a little bit like winning. For decades now, the mainstream media has negatively glossed anarchists and political rioters as little more than masked, black-clad thugs. And if the popularity of Occupy has illustrated anything, it’s that thousands of people are looking at the current conditions under capitalism and responding, “No, not this.” Maybe those kids in black were on to something. Now even a commercial for body spray suggests that anarchy holds appeal -- that it isn't just destructive, but somehow urgent and sexy. We live in a time when dissent is something people can relate to and want, to such an extent that even advertisers recognize its force.

But what of the risk of co-optation? The concern that resistance is nullified into buying clothes and toiletries emblazoned with radical slogans and imagery? Bottled anarchy and riot jeans might be sad, early signifiers that even the most radical anti-capitalism can be sucked into a consumer identity. Yet the Levi’s campaign in particular suggests something interesting: When actual riots broke out in Britain, the campaign premised on riotousness was pulled from that country.

As Malcolm Harris wrote in the New Inquiry, “For a second, those two things [the Levi’s riot scenes and the U.K. riots] were too close. If Hollywood could talk, it would probably admit that the box office on 'V for Vendetta' wasn’t worth the hackers in Guy Fawkes masks.”

Similarly, riots resist co-optation because tactics associated with them tend to be premised on the anonymity of those taking part, and anonymity is a pretty difficult identity to repackage and sell.  Indeed, marketers will have their work cut out for them in turning "radical anarchist" into a recognizable consumer identity.

So there's a lot to smirk about and little to fear from “Anarchy” in a bottle. At the very least, of course, anyone who has experienced a riot or a long-term occupation -- anyone who knows the combined stenches of sweat, tear gas, pepper spray and unwashed clothes -- knows that anarchy is no place to find olfactory inspiration. Even for Axe.