The Granite State's more secular, independent-friendly GOP is an outlier in a party defined by the Christian right 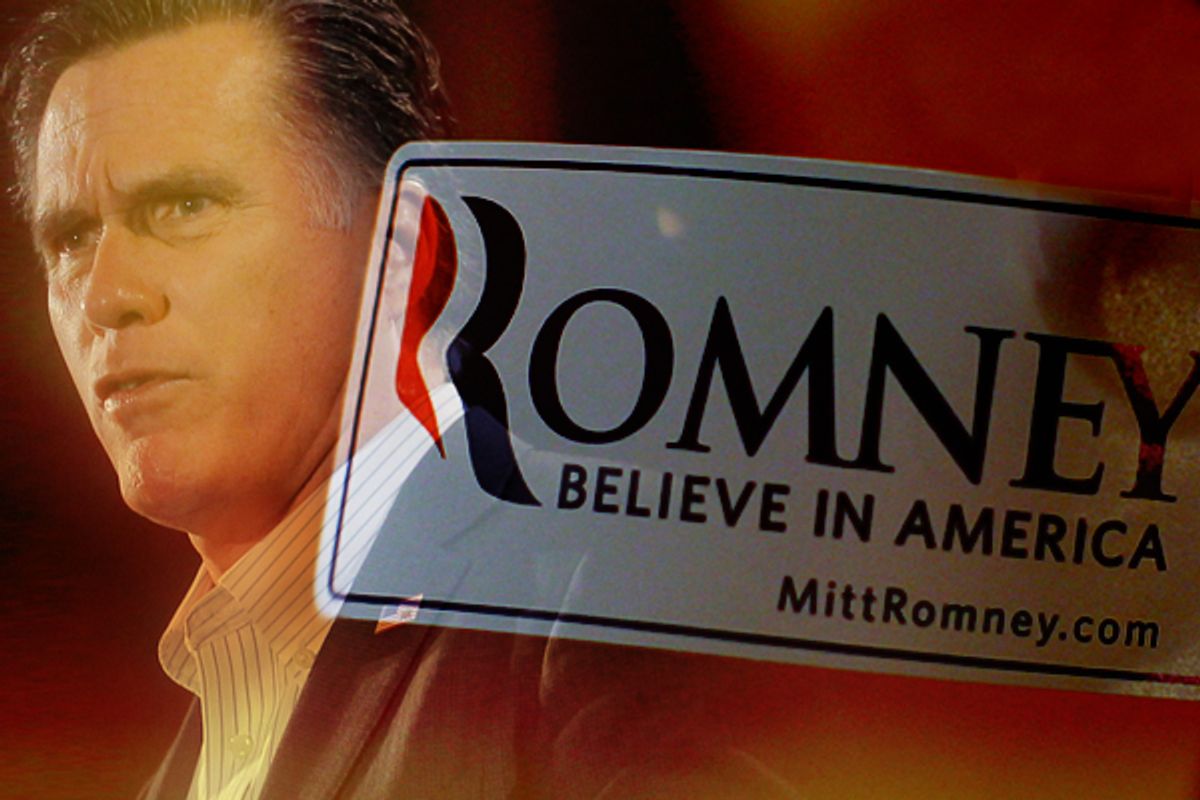 MANCHESTER, N.H. -- Barring a complete and total surprise, New Hampshire Republicans will today stage the least consequential first-in-the-nation presidential primary since at least 1988, and maybe ever.

Mitt Romney has led by comfortable double-digit margins from wire to wire and the main suspense is over how “impressive” his final tally will be – and whether any of the other candidates can somehow catch Ron Paul for a distant second place. Even with a lopsided victory, there’s very little for Romney to gain here, given the expectations. The last time the stakes were anywhere near this low was 24 years ago, when victory in the Democratic primary was ceded ahead of time to Michael Dukakis, leaving Dick Gephardt and Paul Simon to scrap for a second-place finish nearly 20 points behind him.

Evidence abounds of New Hampshire’s diminished importance this cycle. Candidates have spent less time here than in past campaigns, events this week aren’t as crowded as usual, and journalists are skipping town early. There just isn’t much buzz this time around.

Romney’s virtual favorite son status – he owns a home on Lake Winnipesaukee, campaigned in the state four years ago, and governed neighboring Massachusetts for four years – is a big reason for this, of course. So is the underwhelming GOP field. Many of the party’s best prospects chose to sit out the race, while every non-Romney candidate who is running has proven incapable of building and sustaining broad support within the party, creating an almost meaningless struggle here between Newt Gingrich, Rick Santorum or Jon Huntsman for third place.

But it also may be that New Hampshire Republicans have a problem that’s much bigger than one candidate and one election cycle – that this campaign is a mere preview of their decreasing relevance in future GOP nominating contests. As Jonathan Bernstein wrote on Monday:

If Mitt Romney, Jon Huntsman, and Ron Paul combine to take 80% or more of the vote, will conservatives seek to reform the nominating process by attempting to punish that state? The biggest complaint about Iowa and New Hampshire as the kick-off states in recent cycles has come from Democrats who object to the lack of ethnic diversity in those states, but a far greater problem could be that on the GOP side, moderates are overrepresented.

In fact, the Romney/Paul/Huntsman trifecta may not even need to do that well for conservatives to press this concern. The evolution of the national Republican Party has moved it further and further away from the brand of Republicanism that tends to do best in New Hampshire, and the trend isn’t likely to reverse itself any time soon.

Today’s national GOP is defined by a fusion of Southern-flavored Christian conservatism and Tea Party economic absolutism, with a hawkish streak on Middle East issues, particularly those that relate to Israel. In the 2008 primary and caucus season, 44 percent of GOP ballots were cast by people identifying themselves as evangelical Christians, a number that figures to grow in the years ahead. In the lead-off Iowa caucuses, evangelicals made up 60 percent of the electorate, just as they did in the South Carolina primary.

New Hampshire Republican politics, by contrast, are far more secular in nature. There are actual, bona fide moderates in the party here, and even conservatives tend to focus on economic issues and shy away from the culture warrior politics that play so well elsewhere. Plus, the state’s open primaries give wide influence to independents, whose influence can pull the party further toward the center. There’s also an unusually prominent paleoconservative strain in the Granite State GOP, one that rejects the “clash of civilizations” hawkishness that unites evangelicals and neoconservatives. In ’08, evangelicals made up less than a quarter of the state’s GOP primary electorate.

A generation ago, when the national GOP was more diverse and less aligned with Christian conservatism, this wasn’t a problem. In 1988, for instance, Granite State Republicans ignored televangelist Pat Robertson, who finished in last place here with single-digit support after nabbing 25 percent in Iowa. Back then, Iowa was considered the outlier, a place where the Christian right could leverage the activist-oriented caucus system to exert disproportionate sway.

But in the years since then, the national Republican Party has come to look more and more like the Iowa caucus electorate, and less and less like New Hampshire’s primary electorate. Which means that New Hampshire tends to use its outsize influence on the presidential nominating process to boost candidates who are out of favor with the party’s base while hurting those who aren’t.

This can have real consequences. John McCain, who remains loathed by many national conservatives, did not have to win the GOP nomination in 2008 – and probably wouldn’t have if any state besides New Hampshire occupied the post-Iowa slot. Conversely, Mike Huckabee might have had a better chance of parlaying his Iowa triumph into the nomination if evangelical-allergic New Hampshire hadn’t slowed him down five days later. And let’s not forget the highlight of Pat Buchanan’s political career: his victory in the 1996 primary, the only Republican primary he managed to win in two national campaigns.

This history is another reason why the stakes are so low this year. If Romney posts the comfortable victory that’s expected, it won’t hurt his campaign and will probably add to his national momentum a bit. But even though he’ll be the first non-incumbent Republican ever to win both Iowa and New Hampshire, don’t expect a rush by the party’s elite to crown him – at least not until a state that’s more representative of the national GOP base affirms him. And if, say, Huntsman ends up posting a surprise showing, it’s just as likely to prompt Republicans in South Carolina and other future contests to give him a second look as it is to convince them once and for all that New Hampshire’s verdict can’t be trusted.

This year’s results may or may not hasten it, but the desires of national Republicans make a confrontation with their New Hampshire counterparts over the primary season pecking order all but inevitable in the years ahead.

I was on "The Last Word With Lawrence O'Donnell" on Monday night and talked about New Hampshire's increasing isolation from the national Republican Party and what it means for Tuesday's primary: