Another new sitcom conflates drinking with hilarity. Must we insist Girls Behaving Badly is so groundbreaking? 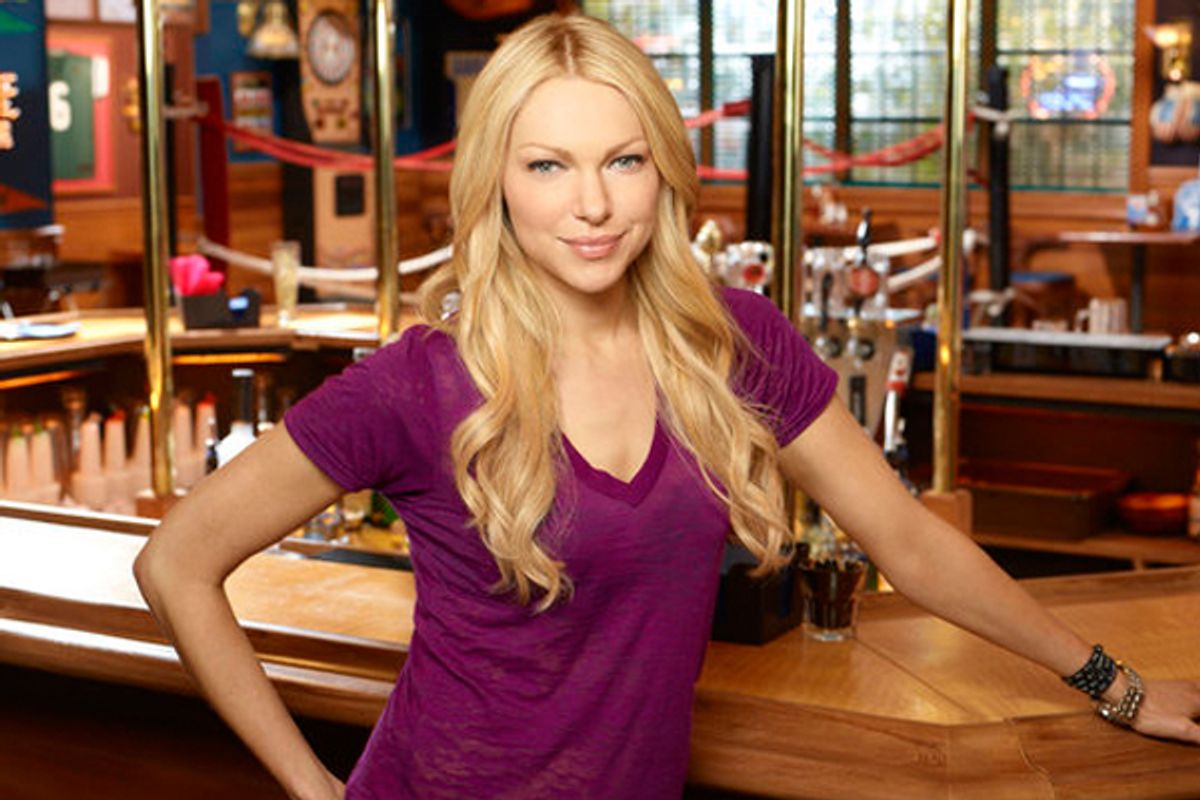 Laura Prepon in "Are You There, Chelsea?"
--

How do you make women funny? Add alcohol.

That's what you'd gather from NBC's new lineup, featuring the return of "Whitney" (I know, I hadn't realized it'd gone away either) and the new sitcom "Are You There, Chelsea?" – a block it calls "Happy Hour Wednesday." Yet from what we've seen of "Whitney" already and the already grim-looking previews for "Chelsea?" I can think of few things less likely to induce Wednesday happiness. To be fair, though, the odds are good they'll make you want to reach for the Cuervo.

The Chelsea character is meant to be a mess, but she's also meant to be hotter than any other gal in the room, and way more fun than her "judgy super-Christian sister." She's a natural "Happy Hour" companion to Whitney, she of similar sexy-dork shtick and the wacky jokes about drinking water like it's vodka. Hilarious bits involving drunk driving, little people and homophobia ensue!

Of course, there's plenty of genuine comedy to be found in excess, regardless of which gender is falling down. That's why "The Hangover" wasn't called "That Time a Bunch of Guys Drank Mineral Water and Nothing Happened." "Bridesmaids" might still have been a runaway smash without Kristin Wiig's liquored-up airplane scene, but it was an undeniable showstopper nonetheless. And it's notable that "Chelsea" debuts the same week that one of the all-time champs of inebriated comedy has staged a brief return. "Absolutely Fabulous" always was – and blessedly remains – based largely on the humor inherent from well-dressed ladies face-planting out of taxicabs.

Yet there's something different in the whole Chelsea-Whitney NBC Happy Hour. It starts with its weird assumption that the notion of Girls Behaving Badly (actual title of another Chelsea Handler show) is somehow, in this day and age, groundbreaking. That's pretty much all it takes, by the way, for Handler to earn L.A. Times critic Robert Lloyd's breathless accolade of "real" twice in a single recent paragraph. But what really sets it apart is the whiff of voyeuristic creepiness about building a prime-time block around willowy females who dress up sexy and get their drink on. Is this really the same network that figured out how to give us the complicated, hilarious – and very different – characters of Reagan Brinkley, Leslie Knope and Liz Lemon?

Worse, though, Happy Hour reinforces the stereotype of ladies as inherently less funny than dudes. Chelsea's humor, after all, hinges upon her being like a guy -- someone who sleeps around and gets "lady wood" -- but has conveniently appealing blond hair and boobs. It's an interesting if depressing ploy, especially coming on the heels of Meghan Daum's recent declaration that Christopher Hitchens was right about women not being funny because "they're afraid of what they'll have to give up in exchange, for instance the coy mysteriousness that men supposedly prize above all else." I think Daum is dead wrong, but I can't help noticing what a neat workaround alcohol provides for the kind of person who does indeed believe that vaginas render a human unamusing. Drinking gives the female permission to be messed up and aggressive -- all the things that make for comedy -- and then go back to being "coy" and cute.

But there's got to be more to a woman, even a fictional one, than "Look at me, I'm so naughty." Some depth of character, some occasional jokes. Because the girl at the bar slurring "I'm sooooo drunk" is just a punch line, not a promising premise upon which to hinge an entire series. And alcohol only makes people interesting when you're the one doing the drinking.

Are You There Chelsea? Chelsea Handler