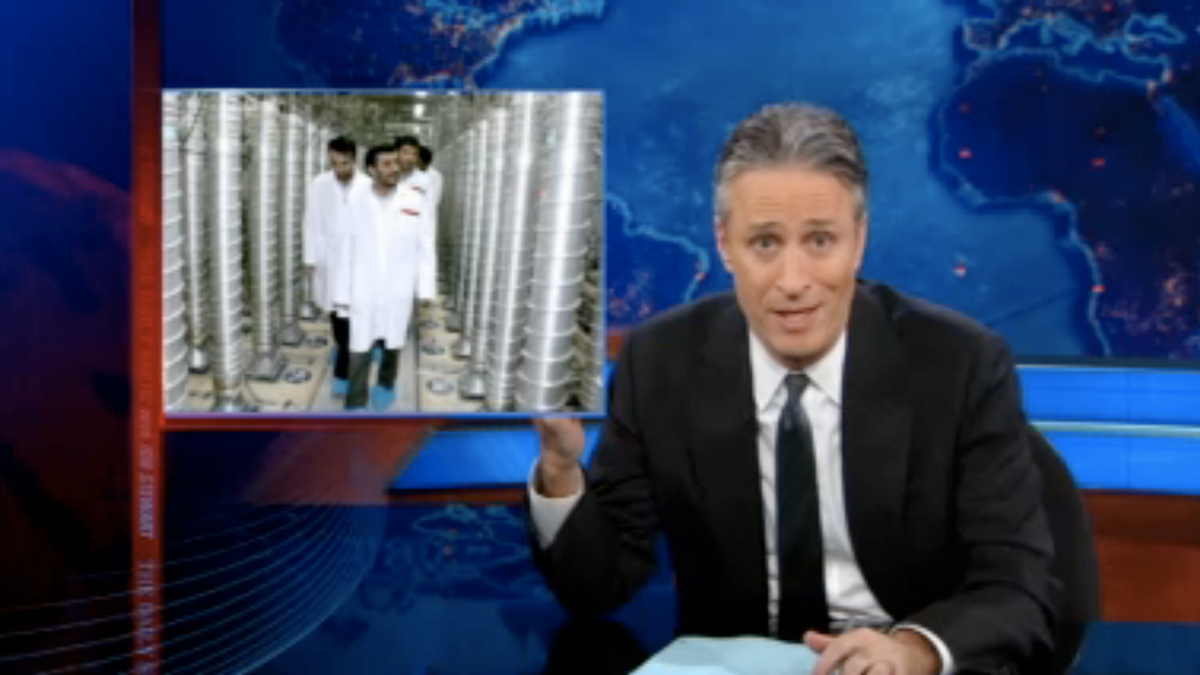 Tensions have been running higher than usual between the United States and Iran this week. Not only has the Islamic republic begun enriching uranium, a fact confirmed by international watchdogs Monday; it has also threatened to block off shipping through the Strait of Hormuz, and sentenced an American to death for what it says was acts of espionage. That all in mind, Jon Stewart took time out from "The Daily Show" last night to have a candid conversation with Iran about the risks of its bellicose behavior

Let me just say this Iran. Americans don't hate you. And I hope Iranians don't hate us. But if you really want a war, f*** with America during an election season.