Paul's positive influence on the GOP

In the party of hawks, he is proving the appeal of restraint 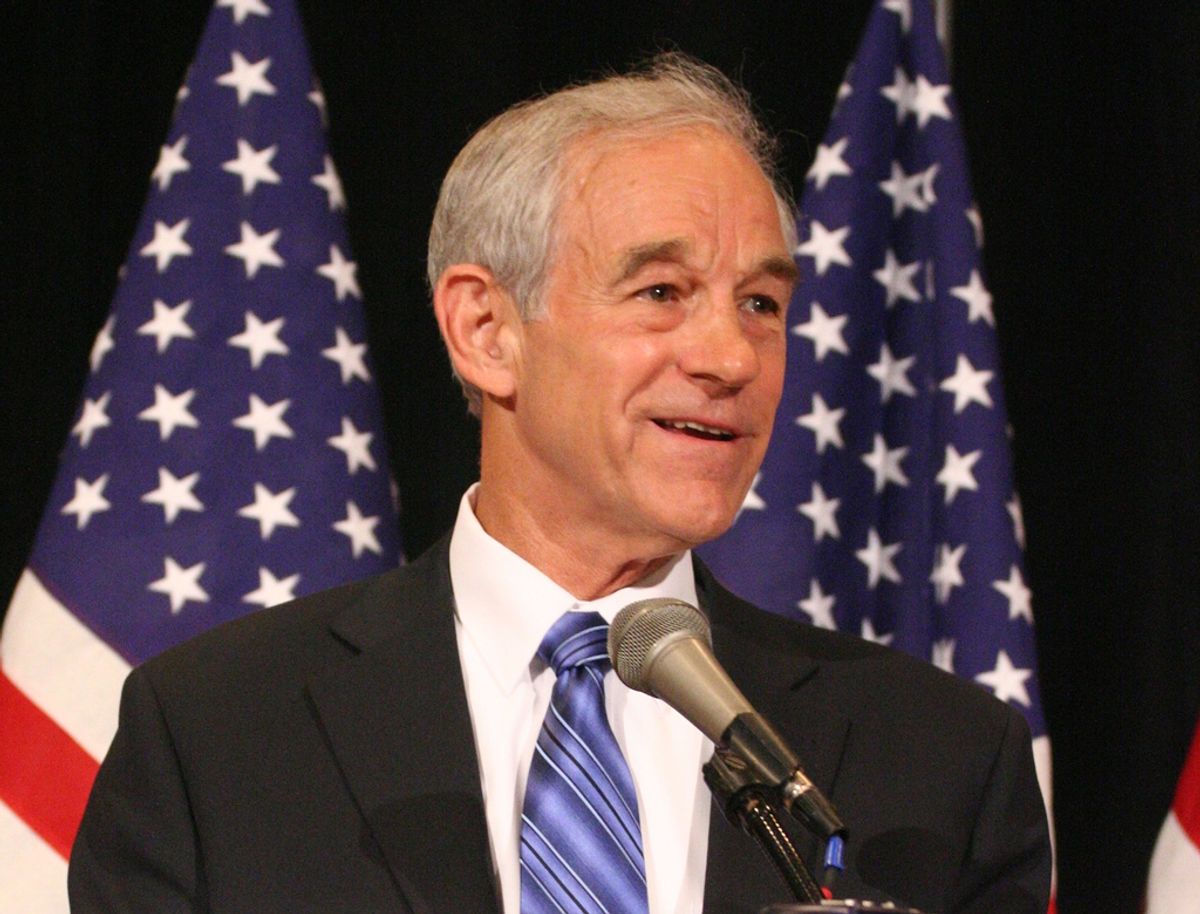 In 2002, as the White House was rolling out its campaign against Iraq, Republican operative Karl Rove explained his plan to politicize Bush’s 'war on terror’ in the forthcoming midterm elections. “We can go to the country on this issue because they trust the Republican Party to do a better job of protecting and strengthening America’s military might and thereby protecting America,” Rove told the Republican National Committee. Rove was only verbalizing the Republican foreign-policy electoral strategy that has been in place consistently since the Korean War in the early 1950s. That strategy can be boiled down to three words: Be. More. Hawkish.

With a few important exceptions, that strategy has worked all too well for the GOP. Republicans have been seen by the public since the McCarthy era as the more trustable party on national security. GOP politicians have every electoral incentive to outdo each other in promising which countries they’ll bomb or sanction.

That is why Ron Paul matters. Not because, if he is elected president, he will strip America of its foreign-policy follies. He has no chance of being president, and so acting on that assumption is foolhardy. Rather, Paul’s importance lies in his providing an opening to other Republicans (and, perhaps, Democrats) to moderate their international aggression. Paul is the antidote to this persistent and pernicious notion that the key to electoral success in Republican circles is to be unfailingly supportive of foreign-policy interventions and military adventures. By finishing second in the New Hampshire primary last night despite the overwhelming opposition to the GOP establishment, Paul has shown that his views are just plain popular with voters. And after he spoke, rival Jon Huntsman came on to give a speech advocating an immediate end to the wars in Afghanistan and Iraq, a position that until recently belonged almost exclusively to the antiwar left. Whatever his many flaws, Paul has legitimized skepticism of the widespread belief that it is always and forever America’s job to police the globe.

Of course, Paul is hardly the first semi-major presidential candidate to be doubtful about some of America’s wars. During the 2008 presidential campaign, Barack Obama made the case for diplomacy with Iran and exploited his opposition to the Iraq War. But he has been unable or unwilling as president to fundamentally recast American foreign policy. The primary problems with U.S. strategy since 9/11 remain intact: an urge to transform the world and an overreaction to the terrorism threat. Obama is a more effective strategist then his predecessor, but his framework — famously summarized as “leading from behind” — does not signal a change in goals.

Only Paul has offered a wholesale critique of our ultra-interventionist foreign policy that appeals to the Republican rank and file.  Last week, Sarah Palin told Sean Hannity that Paul’s success showed the wisdom of “sweep[ing] our own porch before we start intervening in other countries that we can’t afford today to be intervening in.” It was not the first time Palin has praised Paul’s narrow conception of American international interests.  In October 2011 she lionized his call for increased congressional oversight of military entanglements and his suspicion of overseas attachments. Palin is a know-nothing fraud, of course, but she knows how to appeal to a certain slice of the electorate. Paul has proven the political viability of foreign-policy alternative strategies to aggression.

“Where we are very successful,” Paul said in a speech recently, “is re-introducing some ideas the Republicans needed for a long time.” Former CIA intelligence officer Michael Scheuer agrees. Scheuer, who headed the CIA’s bin Laden unit and has written two must-read books on terrorism, made headlines for endorsing Paul recently. Paul has been particularly successful in introducing the idea of foreign-policy restraint to a younger generation, he says. “At his age — he’s 76 — this is last hurrah, so someone else has to take over,” Scheuer says.

Paul will not win, but he may open up space for someone more moderate to rise in GOP circles. Compared to Paul, Huntsman’s antiwar position does not seem so radical. as Philip Klein of the conservative Washington Examiner recently noted, “Though Paul offers a broad non-interventionist attack on the foreign policy consensus, Huntsman is making a more nuanced argument focusing on specific complaints, such as America’s presence in Afghanistan, while still asserting that America, in general, should have a forceful foreign policy.”

It should also be recalled that the best years of American foreign policy, the Roosevelt-Truman-Eisenhower years, were a time when isolationists played an important, but not supreme, role in political life. For all their many flaws, isolationists and America-firsters frequently served as an important check on Americans’ missionary impulses. Right now we have the worst of all worlds, with two parties competing to outdo each other with their so-called toughness in an era when America is extraordinarily secure yet economically troubled and restraint is called for. Our flawed approach will change one day, and when it does, no small thanks should go to Ron Paul.