Exclusive: Film in the making from Citizens United is likely to portray protesters as anti-democratic anarchists 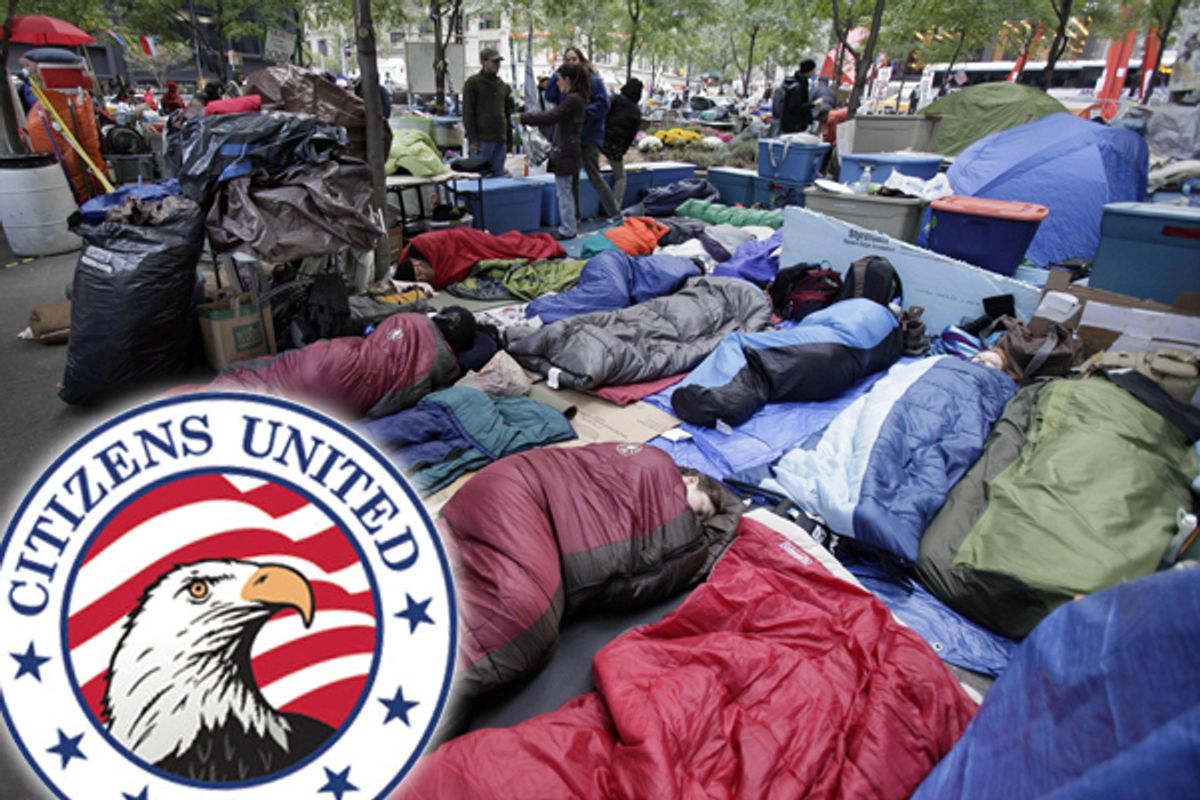 Citizens United, which specializes in making documentaries with strong right-wing messages, is currently in production for a film about the Occupy movement, a spokesman for the group confirms to Salon.

The landmark 2010 Supreme Court case that loosened campaign finance restrictions was brought by Citizens United and centered on an anti-Hillary Clinton movie made by the group. Opposition to that ruling has been a consistent message of participants in Occupy movement.

The new film is to be called “Mic Check: The Untold Story of the Occupy Movement.” A participant at Occupy Wall Street recently received an interview request from a Citizens United producer that included this description of the film:

Never in living memory has such a small political movement received such disproportionate attention from the press. Never in living memory has a movement been so widely scrutinized and yet so deeply misunderstood. Is it possible both the left and right have made the error of thinking that the forces behind Occupy Wall Street are interested in democratic politics and problem solving?

In Mic Check: The Untold Story of the Occupy Movement, we'll look at the roots of the Occupy movement and hear from it undeclared 'leaders'. We'll go inside the still existing encampments in Los Angeles and Washington D.C., into the frequently contentious street rallies and hear from participants about their protest, their goals and their vision for the future.

That bolded line is taken almost verbatim from a Weekly Standard article by Matthew Continetti, who argues that Occupy is an attempt “to establish a socialist utopia through revolutionary anarchism” and that the movement must be met with legal and ideological opposition.

The email from the Citizens United producer says that filming is scheduled to be complete by Jan. 13 and adds that she can “arrange a video crew to tape in nearly any city in the US if need be.”

Here’s a taste of the Citizens United style: