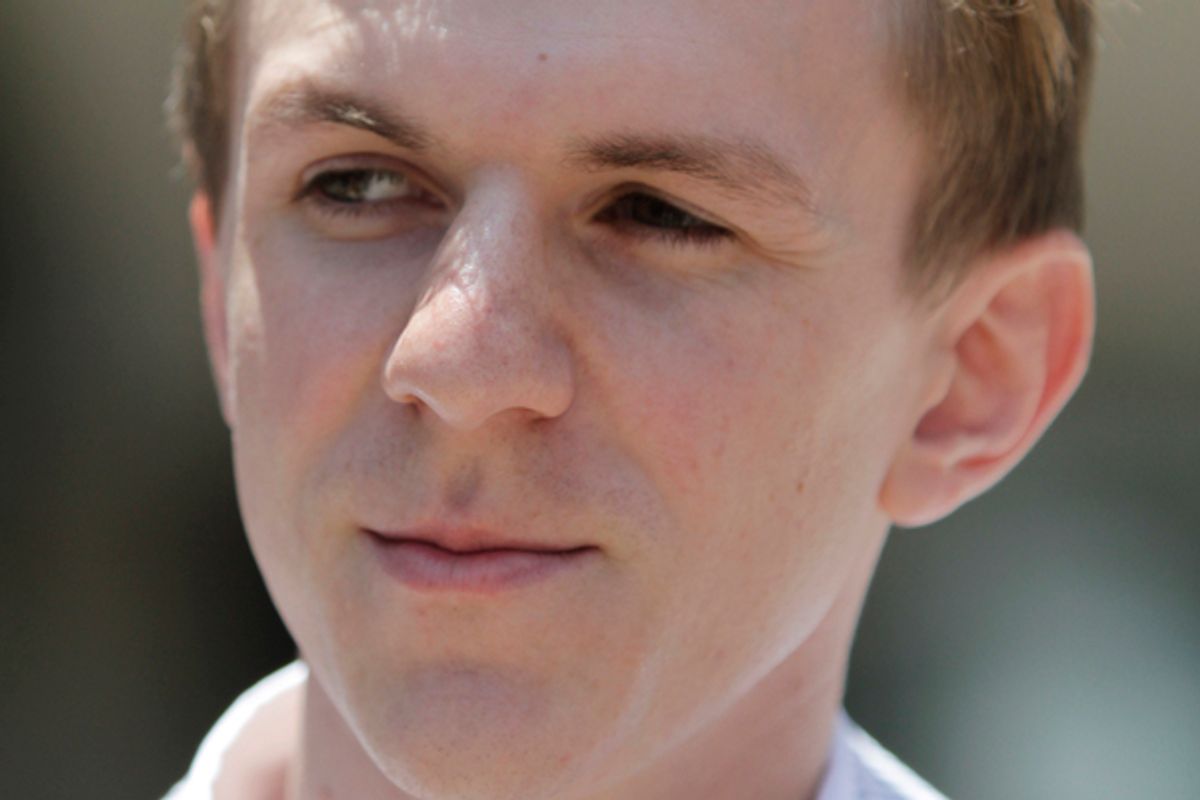 James O'Keefe (remember him? weird guy who's always filming himself doing unethical and occasionally illegal things in order to somehow prove that liberals do unethical and illegal things?) has broken the law again, in his never-ending quest to prove that liberals have no respect for the rule of law. The conservative filmmaker and master of disguise attempted to commit voter fraud in the New Hampshire primaries.

"Voter fraud" is a right-wing obsession used to justify restrictive ballot access-limiting measures that are actually designed to suppress turnout among people who tend to vote for Democrats. It does not and cannot exist in anything approaching a large enough scale to affect an election, and even isolated incidents of fraud prove difficult for right-wingers to dredge up to prove that their concerns have merit. Dozens of people have spent years tirelessly attempting to prove that organized "voter fraud" is a real thing and all they have ever managed to prove is that sometimes lazy volunteers make fake registration forms, sometimes former felons mistakenly vote despite being disenfranchised, and sometimes people double-vote. There is nothing remotely resembling coordinated voter fraud, carried out with the intention of stealing an election, taking place anywhere in the United States. Those who sincerely believe that there is are deluded, though most of the people who constantly crow about it don't sincerely believe in it; they just want to make it harder for blacks and Latinos and poor people to vote.

So O'Keefe, whose modus operandi is "create the corruption you wish to see in the world," tried to get some ballots in New Hampshire using the names of recently deceased people. And it might've worked in a couple of places. Though not all the places. At one polling place his partner was stopped by a kindly old poll worker, and then he ran away.

O'Keefe has pretty clearly violated the law and TPM reports that a federal prosecutor is reviewing his video. But at least he finally proved that voter fraud is a very real threat, and one that could lead to upward of a couple of phony ballots being cast in a statewide primary election, depending on how many registered voters died quite recently. As we all know, once you prove that something is hypothetically possible, it is a factual certainty that ACORN has done it.

And now O'Keefe might finally get that felony conviction that he avoided last time. Fingers crossed.