Mr. 1 Percent is clueless about inequality

As the country sees more conflict between rich and poor, Romney thinks we should talk about it in "quiet rooms" 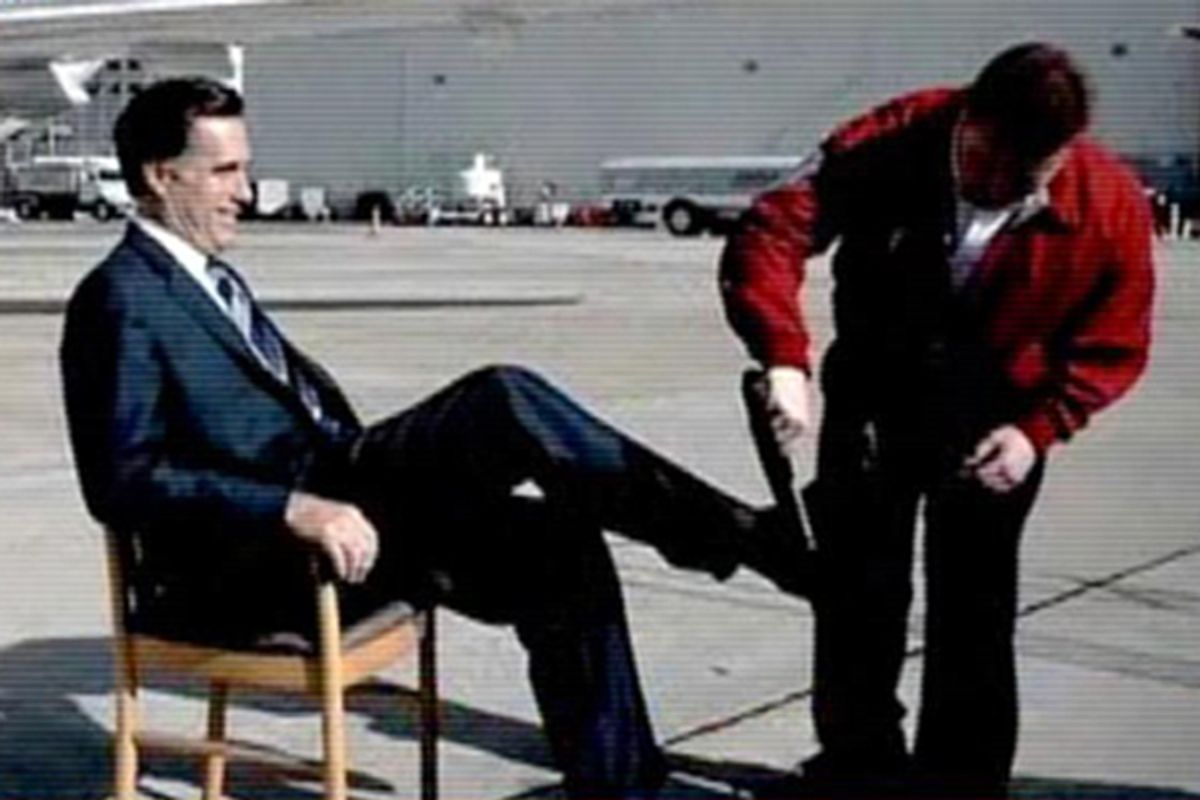 The GOP primary keeps getting funnier. Just as Newt Gingrich was telling a South Carolina Romney supporter "I agree with you" that attacking Mitt Romney's Bain Capital career could help Democrats on Wednesday, his friendly Super PAC "Winning the Future" released the long version of its hit piece "When Mitt Romney Came to Town." I thought MoveOn did a bang-up job last week with an ad profiling a pair of older Kansas City steelworkers left jobless thanks to Bain; this ad is so slashing MoveOn might have thought twice about releasing it. If you haven't seen it, it's here. Clearly, Gingrich is trying to have it both ways: Mollifying wealthy GOP donors horrified by his attacks on capitalism while continuing to bloody Romney. We'll see how well it works.

Romney continues to insist Democrats, as well as some of his GOP rivals, are practicing "the politics of envy," and on NBC Wednesday made what might be his dumbest remark yet. Asked whether there was ever a fair way to discuss income inequality, the GOP front-runner replied:

I think it’s fine to talk about those things in quiet rooms and discussions about tax policy and the like. But the president has made it part of his campaign rally. Everywhere he goes we hear him talking about millionaires and billionaires and executives and Wall Street. It’s a very envy-oriented, attack-oriented approach and I think it will fail.

Maybe Mitt wants to confine talk of inequality to "quiet rooms" because he's seen the Pew Research Center data showing that Americans think conflict is growing between rich and poor.  Two-thirds of Americans see that conflict, up 50 percent since 2009. While African-Americans are still more likely than whites to see that conflict, the percentage of whites who agree tripled. Credit Occupy Wall Street for hiking consciousness about the gap between rich and poor, but credit the GOP for creating the conditions that allowed income inequality to soar, and the top 1 percent to gobble up 40 percent of the nation's wealth.

A sly Sarah Palin called for Romney to release his tax returns on Sean Hannity's show last night, to Hannity's seeming distress. Palin defended Rick Perry's "vulture capitalism" attack even as Hannity kept trying to get her to declare it unfair. She's gone rogue again! We can only dream that Romney releases his tax returns. I think he's less scared about showing his staggering wealth than revealing the scandalously low tax rate he pays, given how much of his income comes from investment and is thus subject to lower capital gain taxes. (I'm sure we'd also learn a lot from the tricks Romney's accountants use to keep his effective tax rate even lower.)

Palin also demanded that Romney substantiate his claims to have created 100,000 jobs while at Bain, calling it a "come to Jesus" moment. What is she up to? Her snow-machine-driving husband Todd endorsed Newt Gingrich last week, to great derision, but it did raise questions about what the nominally neutral ex-V.P. nominee is thinking. She's not thinking good thoughts about Mitt Romney, that's for sure.

Meanwhile, the man who foisted Palin on the world, John McCain, today accused Romney's anti-Bain attackers as supporting "communism." But BuzzFeed recalls that in 2008, McCain himself attacked Romney's Bain days. "He presided over the acquisition of companies that laid off thousands of workers," McCain complained back then, and campaign manager Rick Davis told the National Journal:

"He learned politics and economics from being a venture capitalist, where you go and buy companies, you strip away the jobs, and you resell them. And if that's what his experience has been to be able to lead our economy, I'd really raise questions."

I'll be talking about Romney's Bain troubles, and the GOP circular firing squad, on MSNBC's "Politics Nation" with the Rev. Al Sharpton at 6 ET.