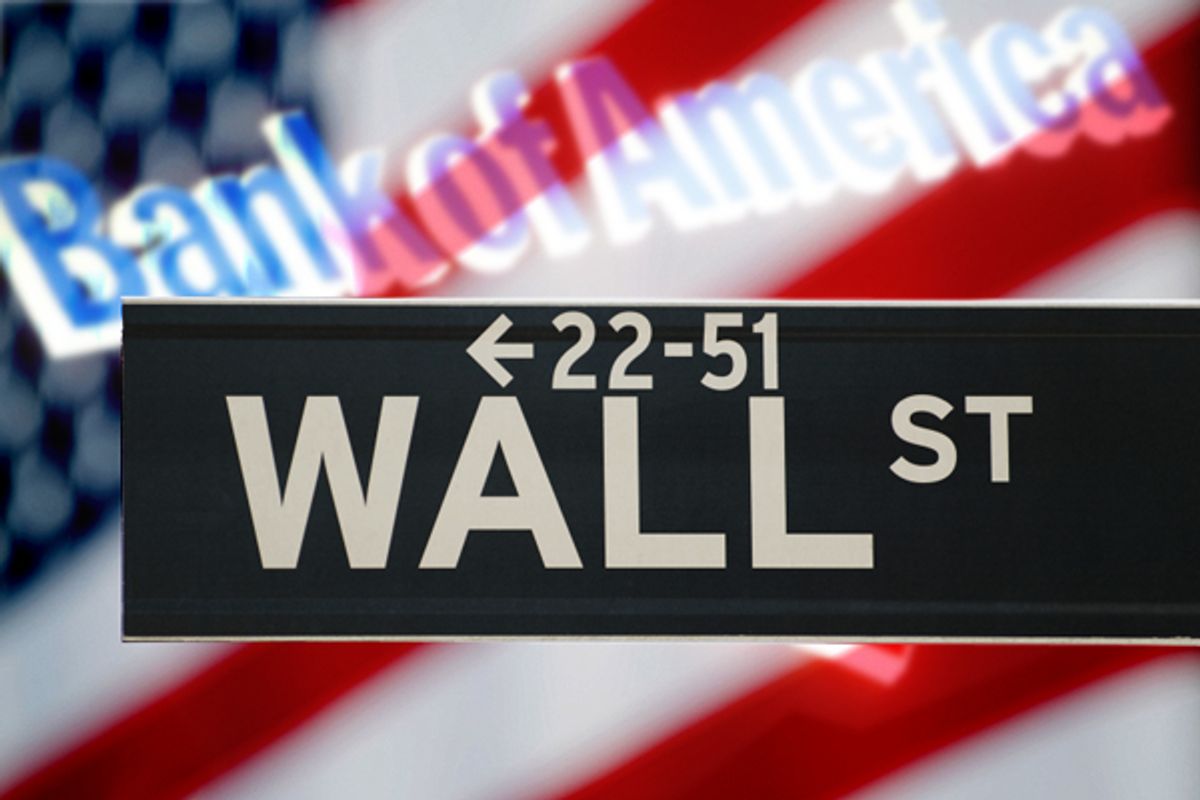 Once upon a time, Bank of America was a bank for the 99 percent. History tells us that A.P. Giannini, the son of Italian immigrants who built Bank of America into one of the greatest banks in the world, practically pioneered the concept of retail banking. In contrast to his peers, he firmly believed that "there was money to be made lending to the little guy."

But he wasn't particularly interested in accumulating millions for himself.

From a Time magazine profile:

When Giannini died at age 79, his estate was worth less than $500,000. It was purely by choice. He could have been a billionaire but disdained great wealth, believing it would make him lose touch with the people he wanted to serve. For years he accepted virtually no pay, and upon being granted a surprise $1.5 million bonus one year promptly gave it all to the University of California. "Money itch is a bad thing," he once said. "I never had that trouble."

Where have you gone, A.P. Giannini? Giannini died long before debit cards became ubiquitous, but one suspects he would have frowned upon Bank of America's recent bid, during a down economy, to charge $5 just to use them. It's hard to imagine a more stark contrast between the values he espoused than with those displayed by the conglomerate now headquartered in Charlotte, N.C. -- a bank that is the very definition of Too Big To Fail.

It is tempting, when evaluating Bank of America as a responsible corporate citizen, to simply throw one's hands up in horror and run screaming. Here are three quick reasons why.

Defenders of Bank of America, if there are any, might argue that the abuses committed by Countrywide and Merrill Lynch, two of the most flagrantly irresponsible financial institutions at the heart of the financial crisis, did not occur on Bank of America's watch. Bank of America absorbed those entities only after they had already suffered mortal wounds as a result of the crash.

But that misunderstands the nature of the Bank of America beast.

The Bank of America built by North Carolina's Hugh McColl and his successor Ken Lewis is a goliath constructed from an endless chain of mergers. McColl's NationsBank, itself assembled from engulfing a series of smaller banks, swallowed up San Francisco-headquartered Bank of America in 1998. In 2004, it gobbled up FleetBoston Financial (price tag: $47 billion). In 2005, the credit card giant MBNA ($35 billion). In 2007, the LaSalle Bank Corp. ($21 billion). The Countrywide and Merrill Lynch purchases in 2007 and 2008 were just the most recent (and most disastrous) examples of an operating strategy built into the new monster's DNA.

Which means we can hold Bank of America responsible for the excesses of Countrywide and Merrill Lynch, because the essence of Bank of America is the inexorable creation of size and scale and power from the annexation of other financial institutions. The result of it all: an entity that is too big for bankruptcy, too big to be well run, and too politically influential to ignore.

We could break it down further. Bank of America received $45 billion in TARP funds, but then turned around and lobbied to reduce the scope of the Dodd-Frank bank reform bill while fighting hard against the creation of the Consumer Financial Protection Bureau -- an agency designed to prevent exactly the kind of abuses that Bank of America has had to pay so many millions of dollars to escape criminal prosecution for. And Bank of America is still likely to be on the hook for millions more in fees to settle accusations of foreclosure fraud.

But it seems like overkill. The record is clear: Bank of America gets an F-.