The GOP's myth about Paul's appeal 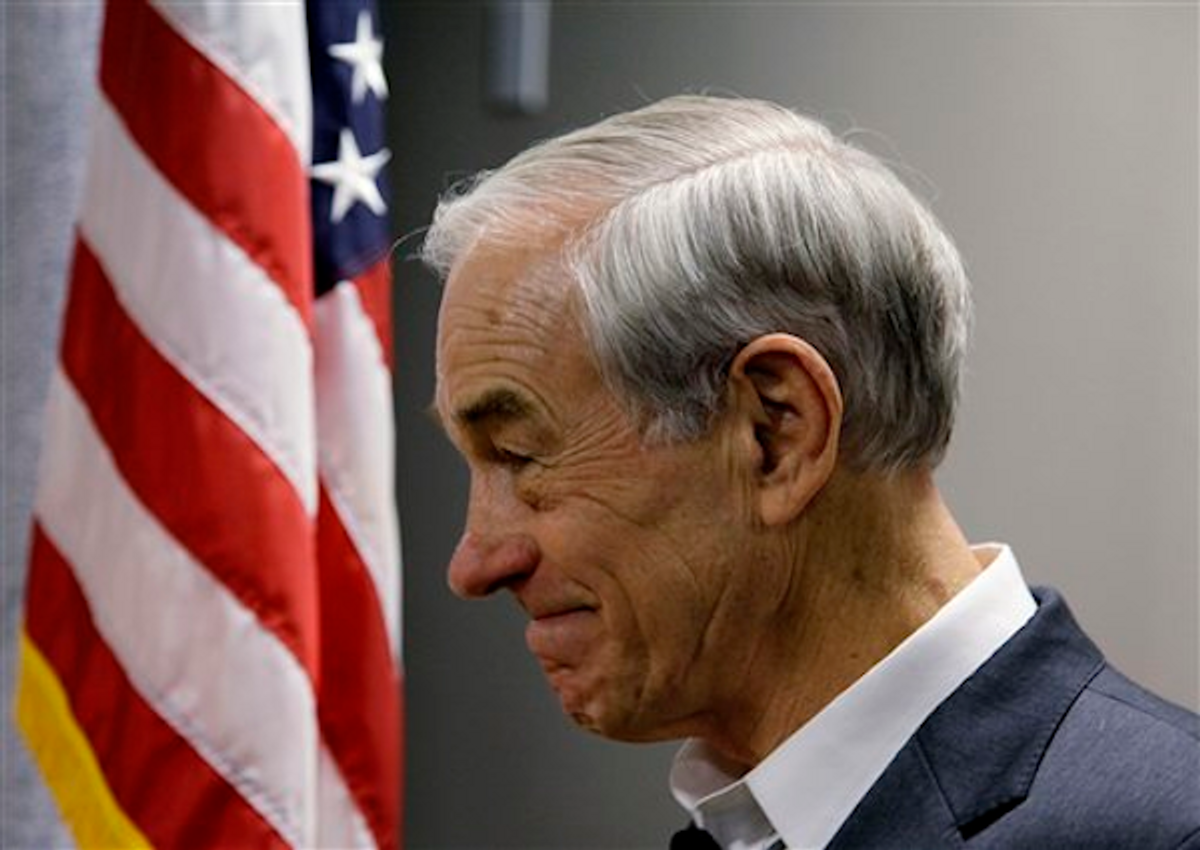 South Carolina Republican Sen. Jim DeMint, the darling of the Tea Party wing nuts of the GOP, is urging Republican candidates to listen to Ron Paul. “One of the things that’s hurt the so-called conservative alternative is saying negative things about Ron Paul,” DeMint told conservative radio host Laura Ingraham. “I’d like to see a Republican Party that embraces a lot of the libertarian ideas.”

Why the sudden enthusiasm of Republican leaders for Ron Paul? Credit his surprisingly strong showing in New Hampshire, where 47 percent of primary voters between the ages of 18 and 29 voted for him.

The Republican right thinks Paul’s views on the economy are responsible for this fire among the young. Tuesday evening, on Larry Kudlow’s CNBC program, I squared off with Larry and the Wall Street Journal’s Steve Moore. Both are convinced young people are attracted by Paul’s strict adherence to the views of Austrian economist Ludwig von Mises, and Paul’s desire to move America back to the gold standard.

Baloney. The young are flocking to Ron Paul because he wants to slice military spending, bring our troops home, stop government from spying on American citizens and legalize pot.

Paul is attractive to younger voters precisely because of positions he takes that are anathema to the vast majority of the Republican base, including almost all Tea Party Republicans.

If other Republican candidates want to cozy up to him, fine. But if they do, they’ll have a lot of explaining to do in Bluffton, South Carolina.

On the other hand, if Republicans -- or Democrats, for that matter -- want to win over much of the nation’s young next November, they’d do well to listen carefully to Paul’s positions on national defense and civil liberties.