The war on only children

Smaller families are becoming the norm. So why are we still so quick to judge people without siblings? 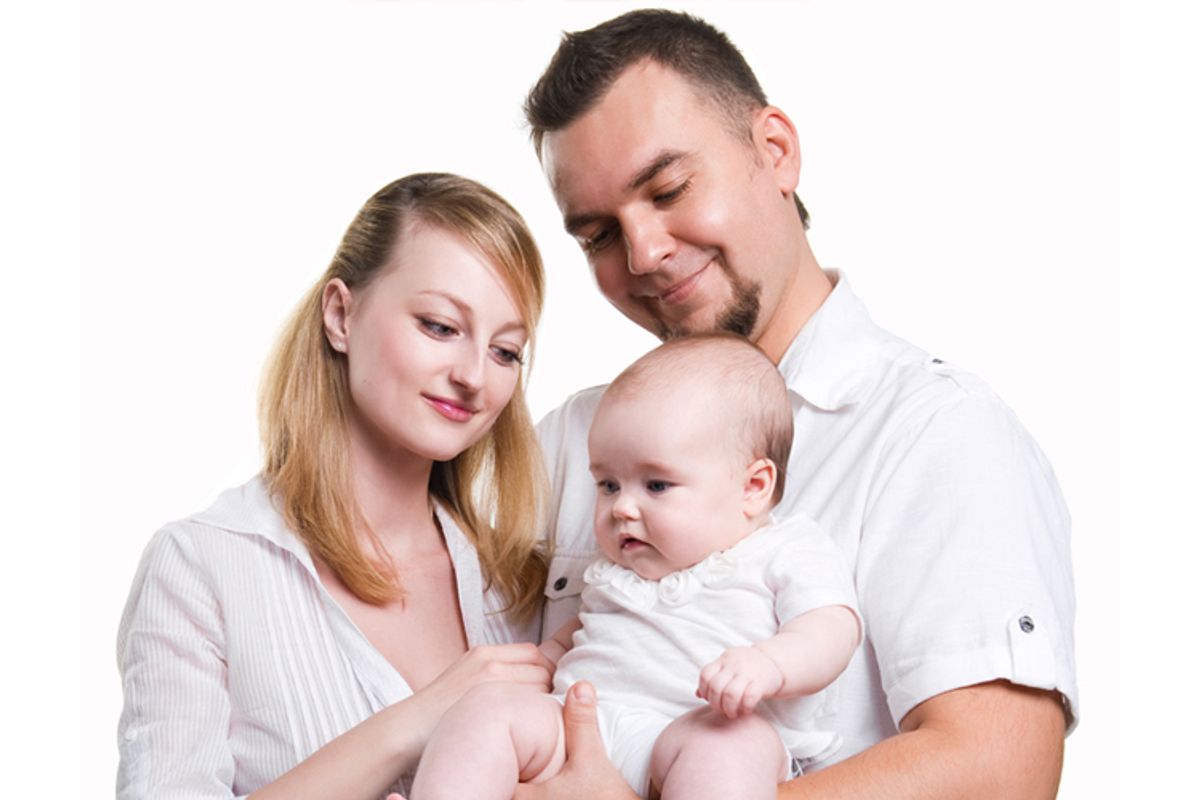 I was making small talk with a woman I'd just met when the inevitable subject of family came up. "Do you have any brothers and sisters?" she'd asked. "No," I'd replied. And there it was: the subtle change in her expression, the quick reassessment, the pinched face I've seen a thousand times before. "Well, that must have been nice for you," she replied. "You must have been so spoiled."

It's one of the standard responses we "onlies" get -- near strangers denigrating us because of our parents' reproductive habits. Nobody ever says, "Youngest of four? So you're really immature, right?" or "You're a twin? Wow, you must be a total dick." But I didn't answer, "Yeah, after my dad left my 21-year-old mom when she was pregnant with me, you can imagine what a cosseted, pampered existence this princess had." That's because I didn't want to get the other classic reaction: unbridled pity for my no doubt sad, lonely existence. Hi, what year is this?

Growing up in my mostly Irish-Catholic neighborhood, I understood that I was an anomaly. Hell, just having parents who were divorced was considered exotic. Back then, I generally shrugged off my dubious reputation as both wildly pampered and horribly starved for company, content with my childhood claim to fame as The Girl Who Didn't Have to Share.

As I grew older, I met other onlies. It wasn't always easy to find them – shockingly, they look a lot like everybody else. We exchanged stories of our similar bad and sad reps, but I noticed we almost never expressed a longing for a different fate. We were just a contented if misunderstood minority. But times have changed. There are now roughly 20 million only children in America, representing nearly a quarter of all our families. You'd think those swelling ranks would have changed those misconceptions.  So how come if we don't smoke in bars anymore, we're still dissing only children?

Whether you're an only yourself or the parent of one, you've likely experienced the stigma. As my friend Anne recently recounted, "A pregnant mom, whose son is in my son's class, was chatting with me one day, and remarked that she was so happy and relieved to be pregnant because she really, emphatically did not want her child to be an only child. She said this to me as if it were the worst fate that could befall a child. I guess she didn’t realize that she was talking to the very happy parent of an only child. Or maybe she did."

Yet only children aren't so tragic. They not only tend to do as well or slightly better academically than their siblinged counterparts, they also have just as many friends. And in a 2010 Time magazine story, Lauren Sandler mentioned a groundbreaking study that showed "the personalities of only children were indistinguishable from their peers with siblings." The study, by the way, was published 25 years ago. You'd think it would have sunk in by now.

That's why it's so stunning when my fellow adults still make assumptions about my upbringing or personality based on the fact I had to outsource my childhood noogie-getting. Because when you think of people like Betty White, Al Pacino, Lance Armstrong, Daniel Radcliffe, Mahatma Gandhi, Selena Gomez and Rudy Giuliani, you can totally see how only children are all exactly alike! Yet the sweeping generalizations about antisocial freaks persist. No wonder my friend Jessica admits, "I take it as a compliment when people are surprised to find out I don't have siblings."

It's even more bizarre when the subject turns to our offspring. There's a difference between a natural curiosity – how many kids do you have? -- and a judgment, either stated or not so subtly implied, about it. I love my two girls, and can't imagine either of their lives without their touching sisterly bond. But that doesn't mean I'm going to nod my head in quiet assent when some yahoo goes on about that "helicopter mom" of one who doesn't "get it" about what parenting is really like, or how "entitled" her kid is. I've seen your children too, folks. They're all pretty equally cranked up.

It's especially galling to hear the contempt for onlies – that vaguely snide attitude that the real selfishness is on the part of the parents – coming as it does within a culture in which the subjects of infertility, pregnancy loss, deferred child rearing, and divorce are the stuff of idle playground chatter. If a child you know has no siblings, chances are you know the reasons why. It's rarely because the parents are such big jerks. But whether it's by the hand of fate or conscious decision, who's to knock another's choices, anyway? Why be a self-appointed Goldilocks of family size, bloviating that one is pathetic, five is pushing it, but two or three is juuuuust right? As my friend Anne's mother once sagely told her, having one is a long way from the worst thing you could do to a child.

It's true that we onlies are a different breed. My girlfriend with three sisters will never understand my horror around peeing in front of other people. It's not an accident that I work in solitude. But like my friend Judith says, "I'll never know the joys of a sibling, but I've chosen the people I want as close family. And I don't experience the rancor of siblings, either ... Sharing? Do you know how much easier it is to share as an adult when you didn't have to protect what's yours as a little kid? ...  It's easier to give away a big slice of pie when you've had all that extra pie to yourself for so long." The number "1" is neither an automatic ticket to a childhood of indulgence nor a guarantee of miserable adult isolation. It's just another configuration of a family. And if you think you know what we onlies are really like, ask us to split a pie with you sometime.