The Comedy Central host hands his super PAC over to Jon Stewart, forms an exploratory committee 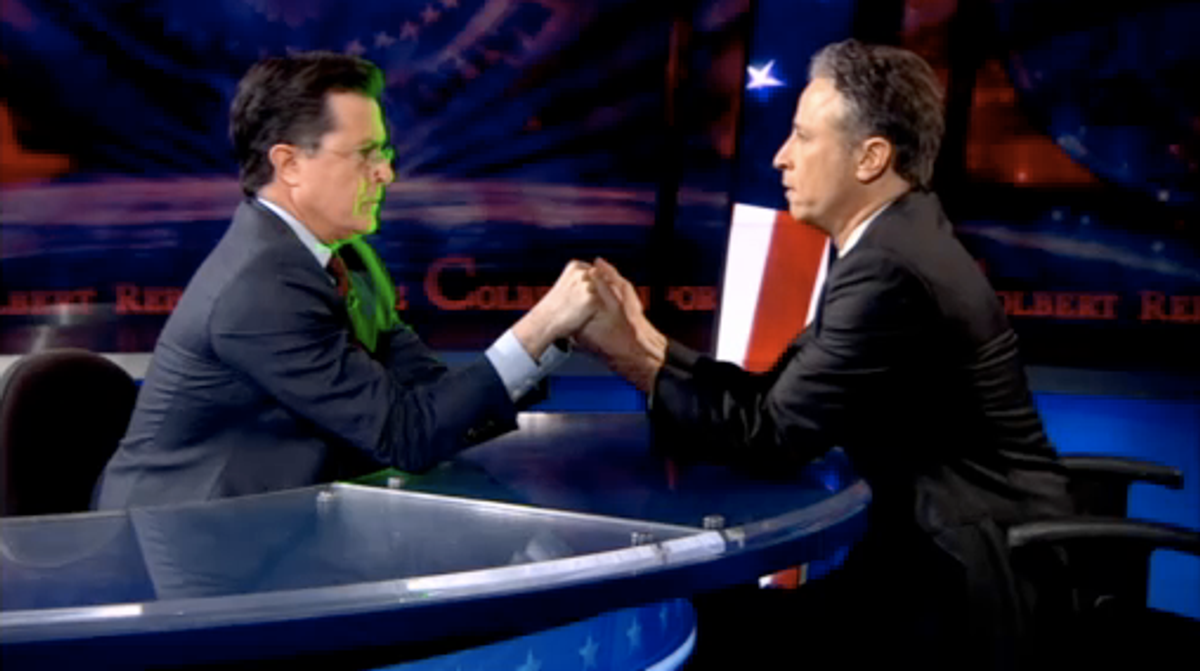 What to do if you're Stephen Colbert? The "Report" host is surging in Republican primary polls (despite not being an actual candidate) and the temptation to explore a run for president grows larger by the day. The problem, however, is that candidates are prohibited by federal election law from operating a super PAC, which Colbert very publicly does.

The Comedy Central host solved that problem last night, when he filed the one page worth of requisite paperwork to declare his colleague Jon Stewart the new steward of the Colbert Super PAC, leaving him free to explore the possibility of higher office.