How not to market a top 1 percent agenda 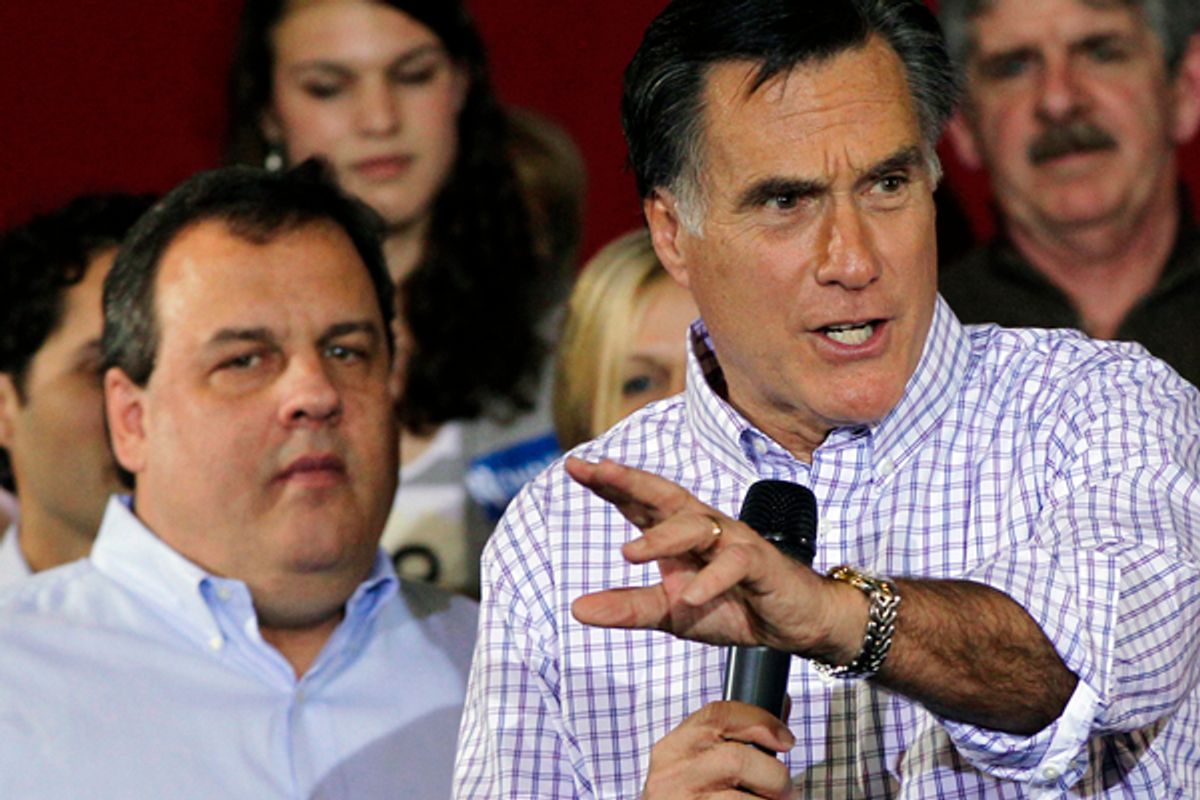 Among those who have put themselves forward, Mitt Romney remains the Republican Party’s best bet to reclaim the White House this year – by far.

This is partly by default, a product of the almost comical deficiencies of his opponents, but Romney does deserve credit for assembling the most professional campaign organization on the GOP side and for stepping up his game compared to four years ago and turning in a series of impressively punchy and agile debate performances. As he showed with his New Hampshire victory speech this week, Romney is capable of delivering a forceful indictment of the Obama presidency that (however misleading it is) could resonate with swing voters this fall if they are looking for a reason to fire the incumbent.

Still, his nomination could be problematic for the GOP for a very unique reason that is now coming into focus: He exudes top 1 percent-ness.

That Romney’s career in venture capital could cause general election headaches was established long before this campaign. It’s one of the major reasons his first campaign for office, a 1994 bid for the U.S. Senate in Massachusetts, crumbled apart. But his private equity past is a particularly sensitive subject in post-meltdown/OWS America, where decades of rising income inequality are suddenly a big part of the national conversation, with even working-class Republicans concluding that Wall Street and big corporations have gotten rich on their backs.

What’s worse for Romney, as Joan Walsh pointed out yesterday, is that he seems incapable of talking about these issues without drawing attention to his own privileged life. And the more closely he’s identified with the top 1 percent in the public’s mind, the greater the risk there is for Romney of playing to type in unintentionally damning ways. Would a photograph like this -- which is actually a TSA security screening but looks like a shoeshine at first glance -- be troublesome for a candidate without Romney’s money and business background?

With Romney’s candidacy, there is an odd paradox at work. In terms of the political issues that deal with income inequality, he’s really no different than any other candidate the GOP might conceivably nominate, favoring economic policies that offer tangible benefits mainly to the wealthy. And actually, his program is marginally less hostile to the middle class than those of his rivals. Recall, for instance, that Newt Gingrich – who is now slamming Romney as a symbol of irresponsible corporate behavior – actually criticized him in a December debate for not supporting the elimination of the capital gains tax.

But unlike Gingrich and the rest of the GOP field, Romney embodies the super-wealthy/corporate-type that Democrats like to accuse Republicans of coddling – making it much harder for him to credibly reject the charge. A Republican nominee running on the same platform but lacking Romney’s aristocratic bearing could more credibly reassure voters that he’s not doing the bidding of plutocrats.

A prime example of this kind of Republican can be found in Romney’s top surrogate, New Jersey Gov. Chris Christie. Just like Romney and every other major Republican, Christie has lashed out at Obama’s “class warfare” and argued for policies that benefit the rich. One of his first acts as governor was the killing of the state’s millionaires’ tax. But he embodies the image of the blunt, take-no-crap Jersey working stiff – not the sort of person you’d expect to kowtow before the moneyed elite.

This may explain why some of the most insistent calls for Christie to enter the presidential race back in the fall came from the who’s who of super-elite GOP donors. As the New York Times reported at the time:

They are rich. They are unattached. They are looking for a little excitement.

Meet the Draft Christie committee, a small but influential group of Republican-leaning donors and activists, many based in New York, united by a shared desire to see Gov. Chris Christie of New Jersey run for president.

There is Kenneth G. Langone, the billionaire Home Depot founder who is perhaps Mr. Christie’s most fervent booster; Paul E. Singer, the publicity-shy hedge fund magnate and Republican activist who is among the most-sought-after Republican donors in the country; and David H. Koch, the industrialist, Tea Party benefactor and, according to Forbes, the richest man in New York.

Charles R. Schwab, the personal investment guru, is also among those who have shown interest in seeing a Christie presidential bid, according to published reports and people familiar with the discussions, as is the financier Stanley F. Druckenmiller. So are the hedge fund managers David Tepper and Daniel S. Loeb, a onetime supporter of President Obama.

In theory, these men should have been happy to sign on with Romney, a man who comes from their world, shares their basic outlook and values, and was within striking distance of the Republican nomination. Could it be that they understood how politically toxic Wall Street had become and feared that Romney might be just a little too much like them to win a general election?

Christie, obviously, decided against running. But the promise his candidacy held for Republicans – working-class cover for a top 1 percent agenda – underscores the reality of Romney’s candidacy: At this point, he gives the GOP its best chance of winning – but they could have done better.

I was on "The Rachel Maddow Show" last night and discussed Romney's top 1 percent problem. The full segment is below. Note: During the segment, I mentioned a photo that's been making the rounds that seems to show Romney receiving a shoeshine on an airport tarmac. It turns out he was actually going through a TSA security screening, although in a way this reinforces the point: Because of Romney's background and style, even actions can serve as a reminder of his privileged status.