The secret lives of feral dogs

A Pennsylvania city instructs police to shoot strays, opening a sad window on animal care in the age of austerity 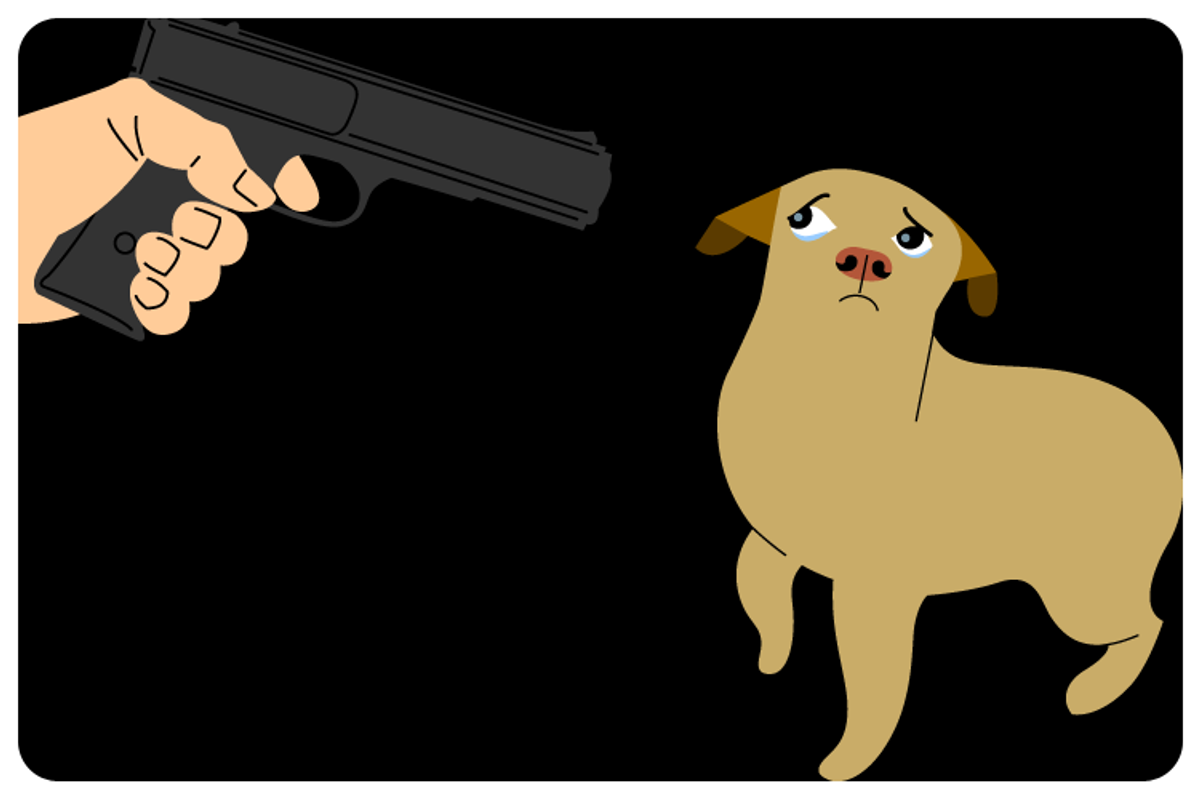 Want to get people riled up? Institute a new policy about shooting puppies.

The city of Harrisburg, Pa., learned this last week when an internal police department memo went public, instructing officers of the cash-strapped city to stop bringing its growing number of stray dogs to the shelter. Instead, it said, they should release them in another area, adopt them themselves -- or just put a bullet in them. Now that's the new austerity.

Amid the predictable outcry, the city promised it would reconsider the policy. But the controversy also illuminated a serious -- and largely ignored -- urban issue: the soaring number of feral cats and dogs, and cities' decreasing ability to deal with them. "The problem is way worse than people assume," says Randy Grim, founder of Stray Rescue of St. Louis. "It's a topic nobody talks about, but over the past 20 years it's become an underground epidemic in most cities."

There are lots of reasons for this -- reduced animal control, the resurgence of dogfighting --  but at base, the feral explosion has coincided with our ever-rising demand for furry little friends. America is turning into a nation of pet hoarders. In 1970 we had 30 million pet cats; today we have 90 million. Dog ownership has tripled since the 1960s. And the more we take in, the more we drop back on the street, where they procreate at a speed that would make Rick Santorum beam. The exact number of feral dogs and cats is unknown, but there are certainly well over 100 million at this point.

The epidemic has gone largely unnoticed because urban feral dogs and cats have extraordinary skills at remaining invisible. Grim, a fixture in St. Louis who's been working with feral dogs there for decades, says the dogs emerge from alleys and abandoned buildings to look for food in early dawn or bad weather. "They understand how to survive. Most of them spend only 10 percent of their time being visible to people."

Same goes for cats, says Jeff Horn, who completed a groundbreaking study of feral cat behaviors last year. Horn fitted 42 cats with radio tracking collars in the neighboring Illinois cities of Champaign and Urbana. "Some of the male cats are really only active for a small portion of the night," he says. Females, on the other hand, are so often either pregnant or nursing that "they were active up to 20 hours a day just to find food to survive and feed their young." And Horn was surprised by how large a range the cats staked out. Together, they prowled a region of some 6,286 acres, and a single cat roamed over 1,351 acres, an area greater than one-and-a-half Central Parks.

That territory included everything from forest to concrete jungle -- feral dogs and cats are remarkably adaptive to different environments. Moscow's feral dogs even use the subway to expand their territories. “They orient themselves in a number of ways,” Russian animal behaviorist Andrei Neuronov told the Financial Times. “They figure out where they are by smell, by recognizing the name of the station from the recorded announcer’s voice, and by time intervals."

But many feral dogs in cities ultimately gravitate toward impoverished and abandoned neighborhoods, where hiding places and accessible garbage are more plentiful, and people are not. In depopulating Rust Belt cities, where nature is reclaiming entire swaths of the landscape, packs of dogs and colonies of cats are living in a world that's nearly their own. New York Times Magazine writer Benoit Denizet-Lewis, who's writing a book about dogs, spent time with Grim in East St. Louis and describes a world where people are scarce and dogs live wild once again.

"You'd have these abandoned buildings in grassy areas, an urban prairie that's a perfect spot for these dogs," he says. "You have dogs who were born out there who have had almost no contact with humans at all. We'd see them roaming in packs in the distance." Grim says he's seen some of these packs stick together for more than 20 years, spawning new generations to replace the old.

Feral dog packs are organized into hierarchies, just like wolves, and in the feral packs of Moscow it's been observed that it's usually the most intelligent dogs, not the most aggressive, that become pack leaders. For the wildest of these dogs, the ones that are several generations removed from domesticity, "It would be almost impossible to rescue them at this point," says Denizet-Lewis. "They've been living without human interaction for too long."

An extensive 1973 study of "free-ranging" dogs in Baltimore -- still one of the few large-scale studies that exists on the topic -- found that some of these dogs were relearning to hunt. But Grim says they're more often stuck between wild and domesticated, able to activate their hunting instinct but not sure what to do when they've caught something. "We've bred that ability out of them. They kill pigeons but then just carry them around," he says. "If I open one up for them, they'll eat the meat."

The Baltimore study also discovered that urban renewal efforts were wiping whole territories of feral dogs off the map. "The boarding up of buildings and their eventual clearance raises interesting ecological questions regarding the fate of the dogs that use them ...Will urban renewal increase dog mortality?" The report concluded that "future slum clearance should consider the fate of the dogs displaced."

The idea that the fate of feral dogs and cats should be considered when neighborhoods rapidly change sounds almost like a parody of liberal do-gooder thinking. But is it really so crazy? These are cities where some dying dogs and cats go to hospice centers and ICUs. The more we learn about the habits and intelligence of feral animals, the less inclined we may be to see their lives as disposable.

Some cities are already moving in that direction. The Washington Post recently reported on the rise of trap-neuter-release (TNR) for urban feral cats as an alternative to euthanasia, a shift that rests on the assumption that they aren't better off dead. But perhaps surprisingly, animal-rights group PETA doesn't support TNR. "They need to be taken off the streets," says PETA president Ingrid Newkirk, and if that means humanely euthanizing them, Newkirk says that's better than the short, brutish life they'll suffer while homeless. "There's traffic, weather, illness, injury," says Newkirk. "People like to have a go at these animals."

Grim agrees that the life of these dogs and cats can be hell: "Right now I have 500 to 600 dogs in our system, and 70 percent of them have gunshot wounds." Starvation is never far off (when temperatures drop below freezing, thirst can also be a problem). Disease claims even more of them, and humans are the biggest threat of all, as the fiasco in Harrisburg shows.

As it stands, solutions seem to be growing more distant, not closer. Like the feral population itself, it's a problem with no owner, largely hidden from view but getting bigger all the time. Eventually, it may come back to bite us.