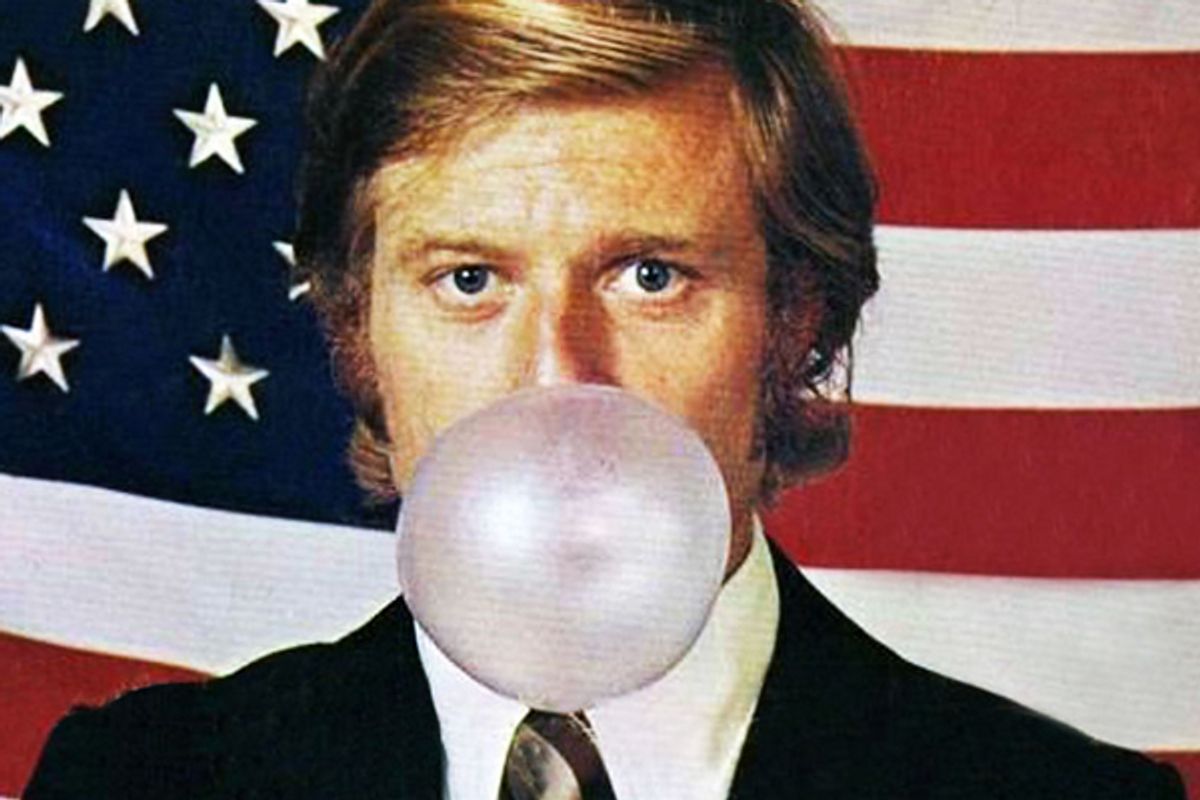 Robert Redford in "The Candidate" (recommended by Gwen Ifill).
--

Tired of long, less-than-zippy Republican debates? Struggling to stay awake for primary results? As the political season gets underway -- but before the general election begins in earnest -- it may be time to tap into the rich and varied canon of campaign-themed books, movies and television.

We asked a group of journalists, pundits, historians and politicians -- people whose commentary you're likely to read, see and hear over the coming months -- to nominate their favorite election-based entertainment. From black-and-white classics to "Primary Colors," from cartoons to "Citizen Kane," there's something on this list for everyone (even the staunch realist [see slide 8]) who's ever felt the slightest thrill on election night. Of course, it's not an exhaustive account; we hope you'll enrich it by naming your personal favorites in the comments below.