But the comedian insists he had nothing to do with it, all right? 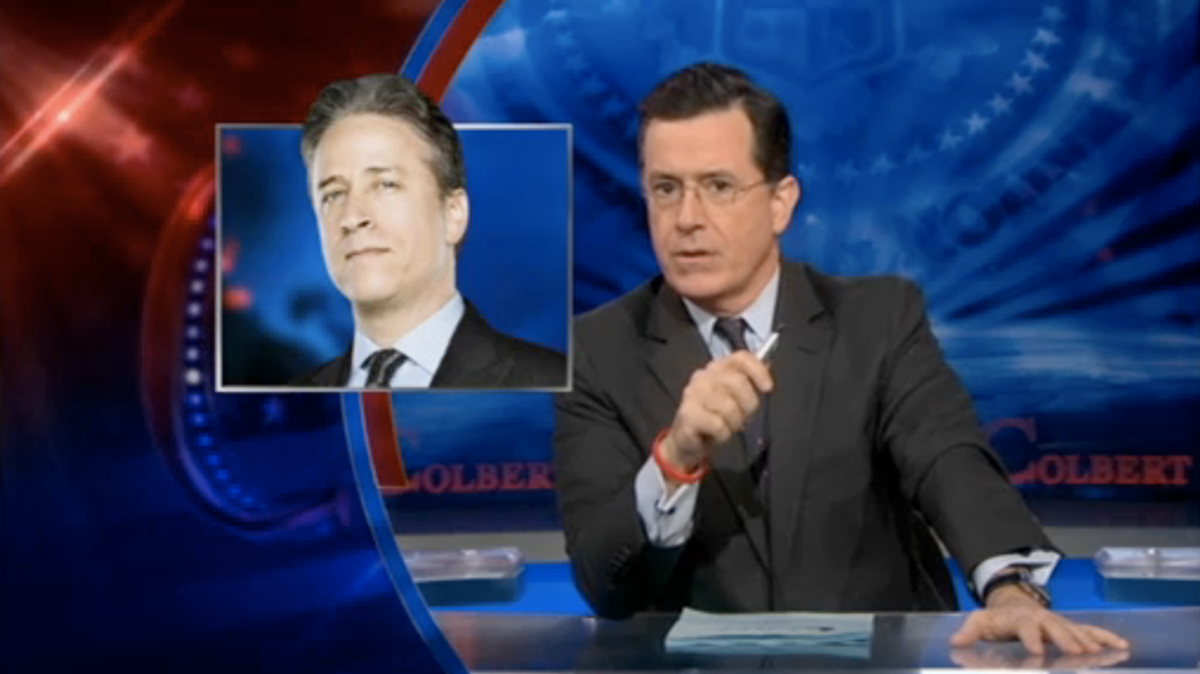 This past Thursday, Stephen Colbert handed over control of his much-publicized super PAC to Jon Stewart in order to explore a run for the Republican nomination. Over the weekend, the PAC began showing a campaign ad in South Carolina that equates Mitt Romney with a serial killer, based on his work at Bain Capital. Did Colbert go too far? Well, of course not, because, as he pointed out on his show last night, election law prohibits him from coordinating with the PAC. So, clearly, Colbert (like all the rest of the candidates who just happen to have the support of super PAC money) remains helpless to stop his former organization from continuing to air its ads about "Mitt the Ripper." Totally helpless. Right?