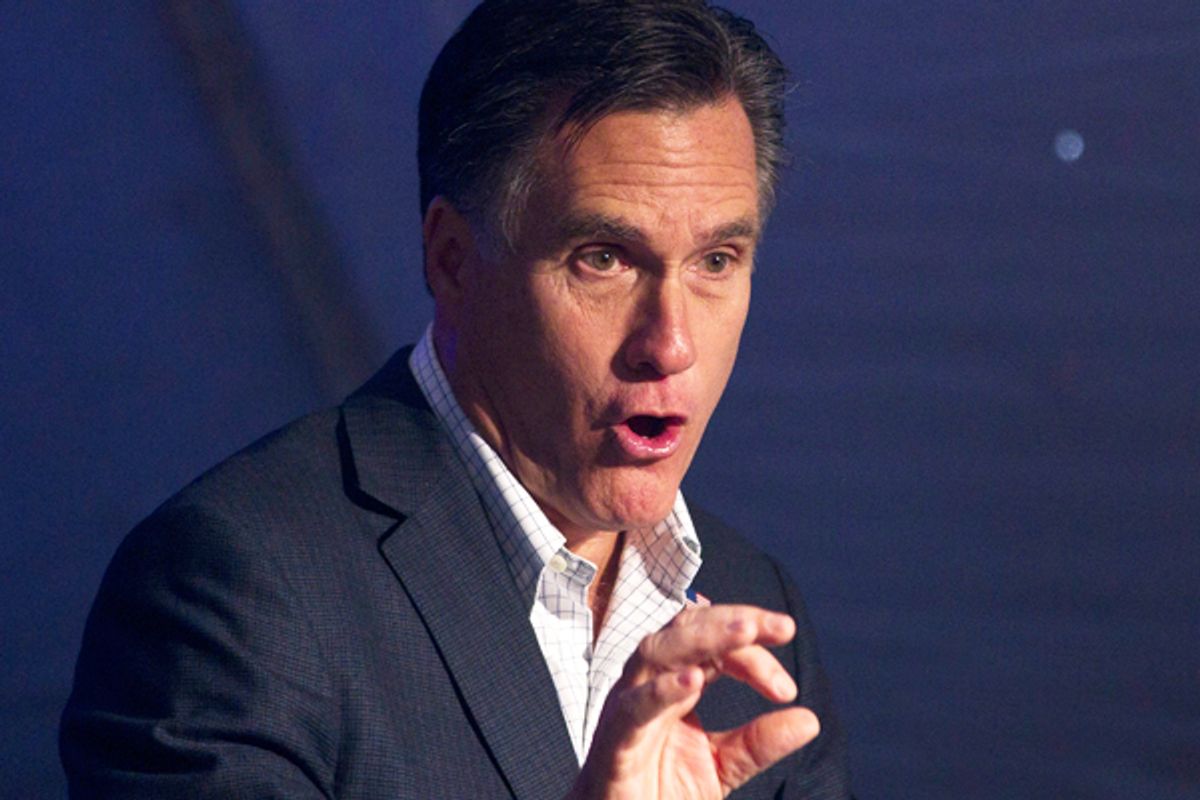 We've spent some time scrutinizing Mitt Romney's time as a leader in the Mormon church in the 1980s and early 1990s, particularly his enforcement of some of the socially conservative policies of the church on abortion, women and homosexuality.

Now ABC has published an interesting story looking at Romney's major financial gifts to the Church of Jesus Christ of Latter-day Saints over the years, including in the form of stock from deals at Bain Capital. The church requires tithing:

His family charity, called the Tyler Foundation, has given more than $4 million to the church in the past five years, including $1.8 million in 2008 and $600,000 in 2009. But because Romney, whose fortune has been estimated at $250 million, has never released his personal tax returns, the full extent of his giving has never been public.

Newly uncovered stock contributions made during Romney's Bain days suggest there is another dimension to Romney's support for the church -- one that could involve millions more than has been previously disclosed.

As part of just one Bain transaction in 2008, involving its investment in Burger King Holdings, filings with the Securities and Exchange Commission reveal that an unnamed Bain partner donated 65,326 shares of Burger King stock to the Church of Jesus Christ of Latter-day Saints, holdings then worth nearly $1.9 million.

ABC also quotes a line from Romney's December 2007 speech on his religion, delivered during his first run for the Republican presidential nomination. It's worth reading more of the text, in which Romney pledges that he would "put no doctrine of any church above the plain duties of the office."

"Given our grand tradition of religious tolerance and liberty, some wonder whether there are any questions regarding an aspiring candidate's religion that are appropriate. I believe there are. And I will answer them today.

"Let me assure you that no authorities of my church, or of any other church for that matter, will ever exert influence on presidential decisions. Their authority is theirs, within the province of church affairs, and it ends where the affairs of the nation begin.

"As Governor, I tried to do the right as best I knew it, serving the law and answering to the Constitution. I did not confuse the particular teachings of my church with the obligations of the office and of the Constitution – and of course, I would not do so as President. I will put no doctrine of any church above the plain duties of the office and the sovereign authority of the law.

Still, given that Romney has given millions of dollars to the LDS church over the years, including very recent years, there's an argument to be made that Romney's role in the institution he's supported so much -- as well as perhaps the church itself -- should receive scrutiny during the campaign.