Mitt's at the top of the one percent, but he pays a lower tax rate than most of the middle class. Here's how 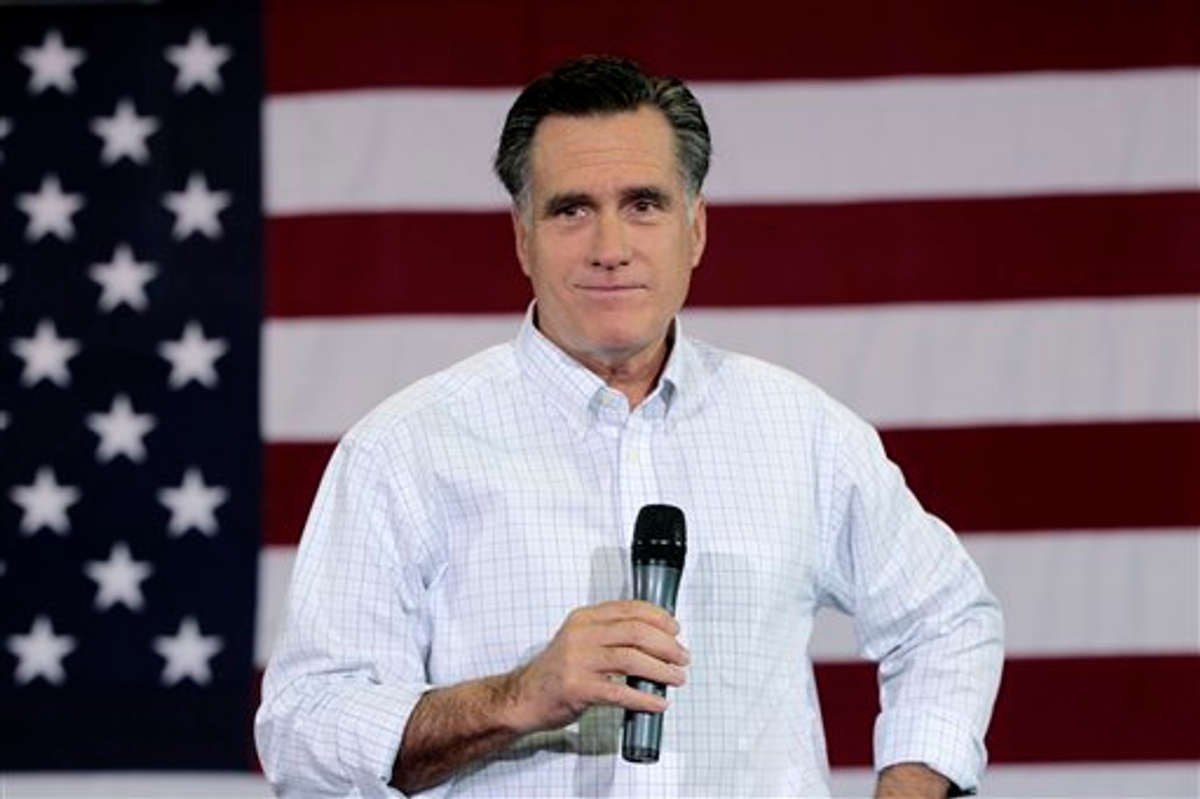 After refusing for weeks to release his taxes, Mitt Romney now says he’ll do so -- by tax day, April 15. But the real news is what Romney has now admitted about his taxes.

It’s not how much Romney earns. Everyone knows he’s comfortably in the top one-tenth of one percent.

It’s how much he pays of it in taxes. Romney says he pays a tax rate of “about 15 percent.”

That’s lower than the tax rate most of America’s middle class face and far lower than the 35 percent top rate after the Bush tax cut. (To put this in perspective, recall that the top income tax rate under Dwight Eisenhower was 91 percent.)

The real smoking gun is how Romney manages to pay only 15 percent on what’s been his money-gusher of compensation from Bain Capital. Romney hasn’t released his tax returns yet, but the most obvious answer is he treats his Bain income as capital gains -- subject to the current capital gains rate of only 15 percent.

A loophole in the tax laws allows private-equity managers like Romney to treat their compensation as capital gains. It’s legal but it’s a scandal. Income from employment is employment income, period.

Private-equity managers cling to the technicality that the money they take out of their companies comes from the appreciation of assets they own and sell. That may be true, but it’s still income they get from their jobs. Common sense would dictate it be treated as ordinary income.

Congress has vowed for years to close this loophole. But somehow it persists. Even when Democrats have been in charge, they haven’t been able to close it.

Guess why. The managers and executives of private-equity funds are big donors to Republicans and Democrats alike.