The real beneficiaries of energy subsidies

Don't buy the GOP's claims. Oil companies, not green alternatives, are making a killing from the government 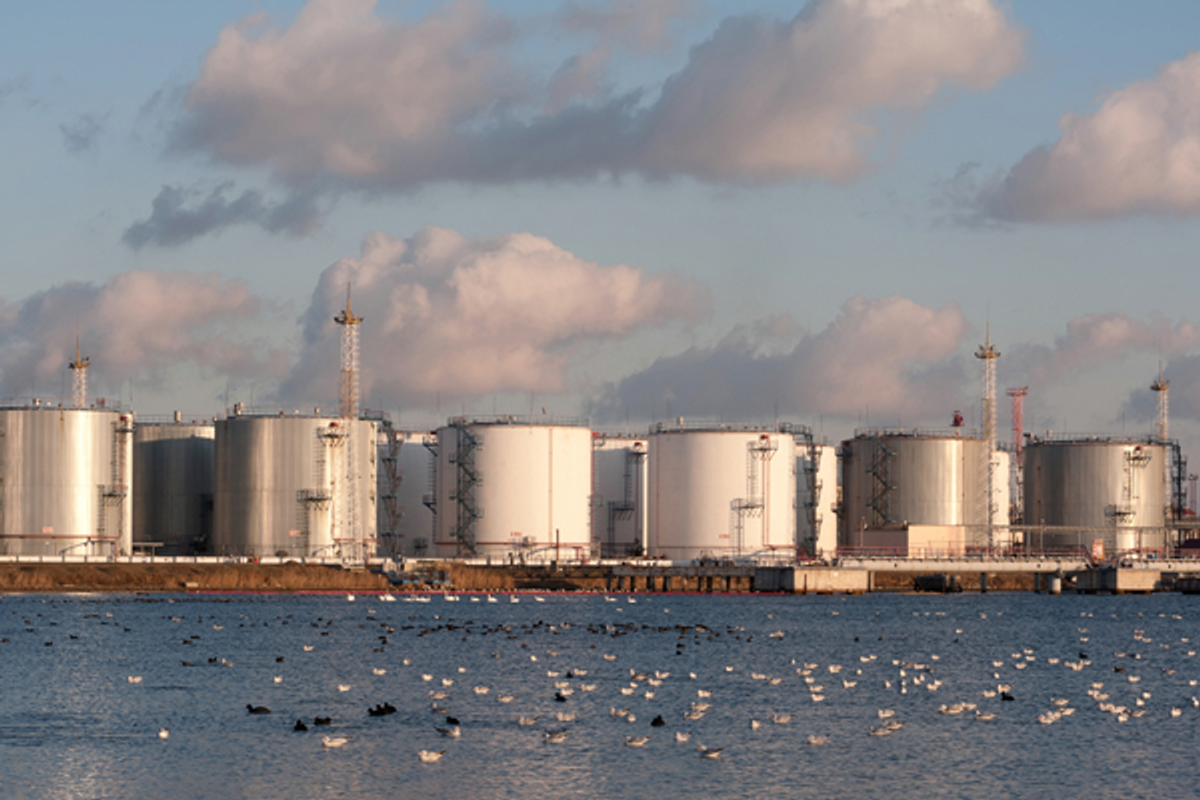 Listen to the typical conservative rhetoric about energy being thrown around on talk radio or in Republican presidential debates, and you're likely to hear that our government primarily uses its regulatory and financial power to create a destructive green energy boondoggle -- one that enriches a few politically connected Solyndra executives, appeases a bunch of wild-eyed tree huggers, but hides the fact that renewables supposedly can't stand on their own in the private sector.

In the face of catastrophic climate change and dwindling fossil fuel resources, this cartoonish narrative has gained traction because it invokes the moment's most powerful political metonyms, from implicit allegations of crony capitalism to hippie-themed epithets about environmentalists to "free market" fundamentalism. The underlying idea -- which will only be more amplified in the wake of the Obama administration's pipeline decision Wednesday -- is that fossil fuels are being persecuted by the American government.

But the reality, of course, is something wholly different. Indeed, this mythology is a perfect example of Orwellian Newspeak in which the reverse of the rhetoric is true. As recent news highlights, the government is doing exactly the opposite of what conservatives say: It is aggressively favoring the fossil fuel industry in ways that give that industry a special economic advantage over clean energy.

In 2010, Bloomberg News released a report showing that global governmental support "for fossil fuels dwarf support given to renewable energy sources." The numbers led one financial expert to note that while "mainstream investors worry that renewable energy only works with direct government support," the truth is that "the global direct subsidy for fossil fuels is around ten times the subsidy for renewables.”

According to data compiled by the Environmental Law Institute, the United States is a big contributor to this global subsidy imbalance, "provid(ing) substantially larger subsidies to fossil fuels than to renewables." In practice, some of the biggest of those U.S. subsidies come in the form of special tax breaks for oil and gas development, and in direct taxpayer funding of multinational corporations' foreign mining projects (yes, you read that right -- your tax dollars go to fund fossil fuel development overseas). Notably, the latter subsidies champion some of the most environmentally hazardous practices in operation such as "fracking" -- a practice that our own Environmental Protection Agency has found in two separate reports to be a major potential threat to groundwater.

The New York Times recently explained how these subsidies operate on a day-to-day basis:

In the United States, where the water-intensive drilling technique of fracking was invented, the government is taking a lead role in supporting the dissemination of the technology abroad, as well as promoting other energy projects, including building infrastructure to extract and transport liquid natural gas ...

The Export-Import Bank of the United States has financed some of its biggest gas projects over the last several years, including the largest transaction in the bank’s history — $3 billion approved in 2009 for hundreds of miles of gas pipeline and a liquid natural gas plant and terminal project led by Exxon Mobil in Papua New Guinea...

In Peru, the United States Export-Import bank provided more than $400 million in loan guarantees in 2008 for a liquefied natural gas terminal to export gas from the Camisea gas fields, which are in the Amazon rainforest. The project for drilling and pipelines in the Camisea, which received separate financing from the Inter-American Development Bank, has been dogged by spills, accusations that company officials bribed lawmakers and criticisms about exporting the gas rather than using more of it to lower prices for domestic consumers.

On top of this, the Times notes that indirect financial support is also at work, with "the United States Geological Survey offer(ing) training and technology to geologists exploring shale gas in Europe" and "the State Department’s Global Shale Gas Initiative ... advising many foreign countries on fracking." This, mind you, says nothing about the federal government happily leasing public lands for such fossil fuel development. Meanwhile, that same government has deployed its considerable legal and diplomatic resources in an attempt to halt China's growing financial support for clean energy.

On the regulatory side, it is much the same story.

At the federal level, under the direction of then-Vice President Dick Cheney's infamous energy task force, the Bush administration passed legislation exempting fracking from the oversight that other energy development is subjected to, thus tilting the energy-development market even further toward domestic fossil fuels.

At the state level, the push to privilege fossil fuels has materialized in the form of a campaign to exempt fossil fuel companies from the local control that every other industry must submit to. In New York, for example, a nascent industry lobbying campaign is gearing up to get Democratic Gov. Andrew Cuomo to prevent local communities from regulating fossil fuel development within their jurisdictions. In Colorado, already a major producer of fossil fuel energy, that same campaign is on the march, as the state's Democratic Gov. John Hickenlooper used his "State of the State" address to insist that state government should be able to forcibly prevent local cities and towns from regulating oil and natural gas fracking. Though one legislator has announced he will challenge Hickenlooper with a bill empowering those communities to regulate fossil fuels like everything else, the Denver Post reports that Hickenlooper's push to exempt the fossil fuel industry from local control is supported by the top leaders of both parties in the Legislature.

Taken together, it all adds up to a government that is far more committed to toxic and finite sources of energy than to clean and renewable sources of energy. You may not hear that from either party's presidential candidates or media defenders -- but the facts are quite clear, even if they are inconvenient.