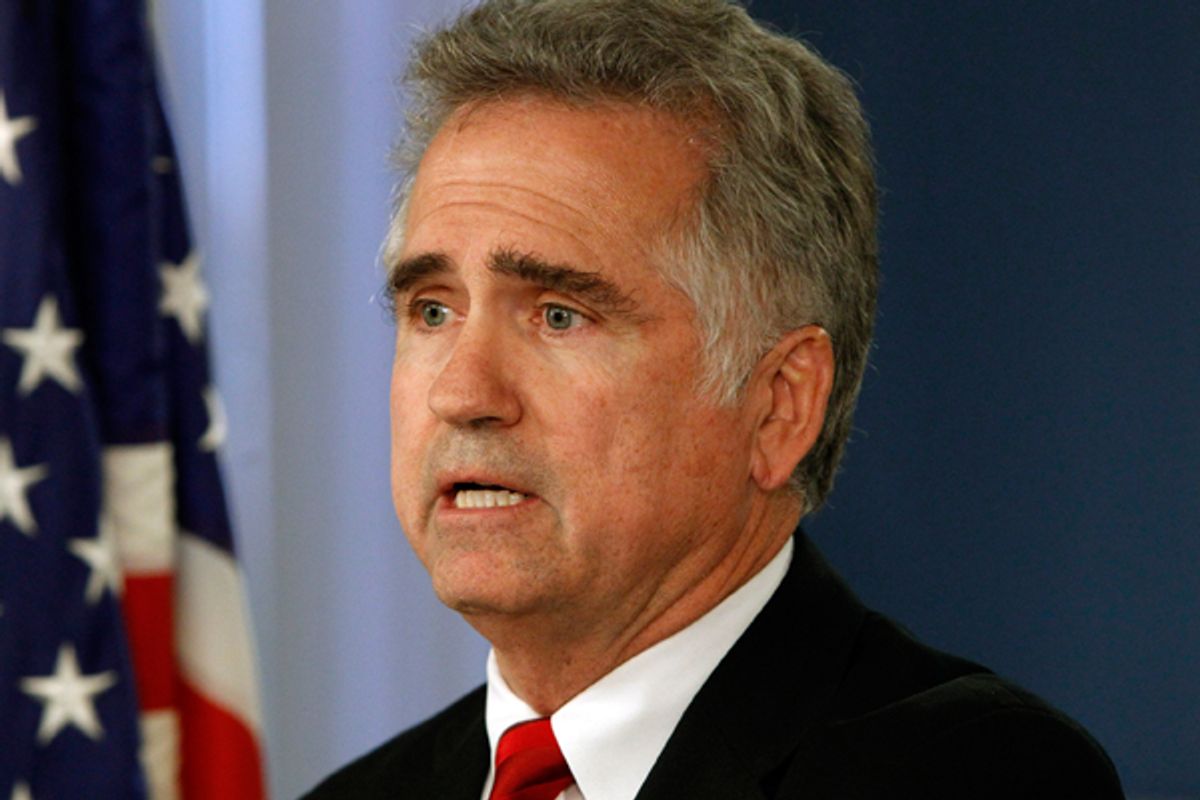 In a clarification of last Friday's announcement of a list of Mexican-American studies books to "be cleared from all classrooms" in order to comply with a state ban on ethnic studies, the Tucson Unified School District declared Tuesday that it "has not banned any books as has been widely and incorrectly reported."

Salon reported last week that TUSD had  "banned" seven textbooks and forbidden the teaching of  Shakespeare's play "The Tempest" in Mexican-American literature classes, a story that was picked up by two Arizona newspapers as well as Democracy Now radio program.

"Seven books that were used as supporting materials for curriculum in Mexican American Studies classes have been moved to the district storage facility," the statement read, "because the classes have been suspended as per the ruling by Arizona Superintendent for Public Instruction John Huppenthal." District spokesperson Cara Rene added that "the books may be considered for future use as new curriculums are created going forward. We are seeking assistance from the Arizona Department of Education to help us create new classes for the 2012/13 school year."

Huppenthal, who campaigned in 2010 to stop the Mexican-American studies program, overruled an independent audit that praised the curriculum and ruled last month that it violated the state ban.

The TUSD statement "lacks accuracy and represents a thinly veiled attempt to cover up with distortions what is happening," said Richard Martinez, the lead attorney on behalf of teachers and students challenging the ban in federal court.  "Pandora's box has been opened and the ugly face of the bigoted right wing has been exposed for what it is: an attempt to keep Latinos, poor, dumb and abused."

"In regards to this double-speak about these books being banned," said Cholla High School teacher Lorenzo Lopez, "it is irrelevant if these books are banned from the entire district or just from our classes. If our kids can't have access to that knowledge, and it was urgent that these books be removed immediately from our classes, they are, in effect, banned."

According to one teacher, the mandated roundup of texts included their own personal libraries in the classroom.

"We were told by our principal that we need to comply with the law and that meant that with the suspension of Mexican-American studies classes we had to remove the listed books from our classrooms immediately," said Pueblo High School teacher Sally Rusk.  "Our own personal copies were not to be on our book shelves either. It seems obvious to us that being made to take certain books out of the classroom -- even when used as reference books and not class sets -- is censorship.  How can not allowing teachers to use these books, even as reference material in a traditional U.S. history course, not be interpreted as banning those books?"

Retired educator David Safier also questioned whether the book removals conflicted with last week's school board agreement. In a blog post, Safie wrote, "The decision makes a mockery of this passage from the recent school board resolution to suspend MAS courses: 'The district shall revise its social studies core curriculum to increase its coverage of Mexican-American history and culture, including a balanced presentation of diverse viewpoints on controversial issues.  The end result shall be a single common social studies core sequence through which all high school students are exposed to diverse viewpoints.'"

TUSD spokesperson Rene noted that while former Mexican-American studies teachers may not be able to include the removed books in their courses, "Every one of the books listed above is still available to students through several school libraries. Many of the schools where Mexican-American studies classes were taught have the books available in their libraries. Also, all students throughout the district may reserve the books through the library system."

In a district of more than 60,000 students, 61 percent of whom come from Mexican-American families, library copies of the targeted seven books appear to be sparse.  There are two district-wide copies available of "Pedagogy of the Oppressed" by Brazilian educator Paolo Freire, which had been singled out by state superintendent Huppenthal. The district's online catalog showed only one copy of the Critical Race Theory textbook. Tucson High School does not have one of the 16 copies available in the district of the textbook "Rethinking Columbus: The Next Five Years," according to the catalog.

The TUSD administration also denied  “The Tempest” had been banned.  According to the statement, "Teachers may continue to use materials in their classrooms as appropriate for the course curriculum. 'The Tempest" and other books approved for curriculum are still viable options for instructors."

However, in a recorded meeting with his administrators last Wednesday, Tucson High School teacher Curtis Acosta was admonished not to teach the classic play in his literature class using the "nexus of race, class and oppression" or "issues of critical race theory."

"What is very clear is that 'The Tempest' is problematic for our administrators due to the content of the play and the pedagogical choices I have made," Acosta said in an interview. "In other words, Shakespeare wrote a play that is clearly about colonization of the new world and there are strong themes of race, colonization, oppression, class and power that permeate the play, along with themes of love and redemption.

"At the end of the meeting it became clear to all of us that I need to avoid such literature and it was directly stated. Due to the madness of this situation and our fragile positions as instructors who will be frequently observed for compliance, and be asked to produce examples of student work as proof of our compliance, I cannot disagree with their advice. Now we are in the position of having to rule out 'The Adventures of Huckleberry Finn,' 'The Great Gatsby,' etc. for the exact same reasons."

Lorenzo Lopez said that when his daughter, Korina, a plaintiff in the federal court case, heard the texts had been taken to a storage facility, she asked him, "Isn't that the book graveyard where they send all the old books, never to be seen again?" Lopez said he replied, "Yes, it is."