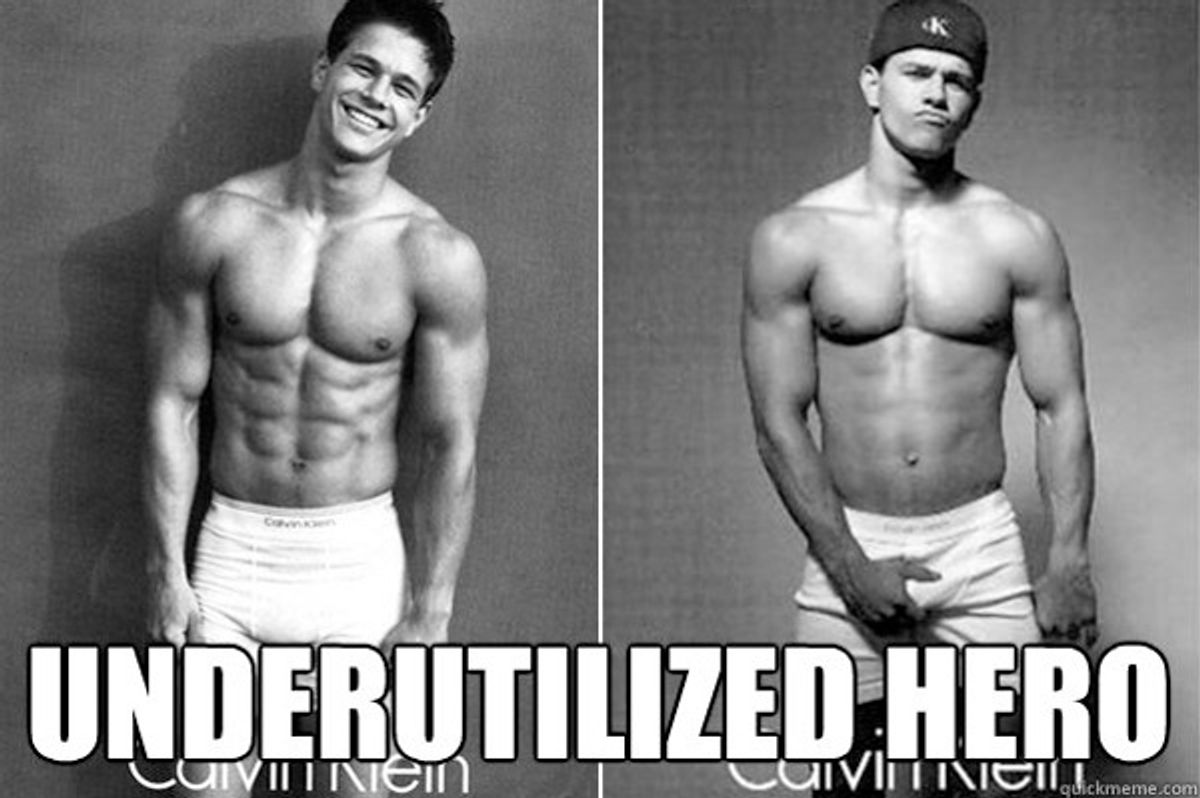 Mark Wahlberg's insensitive comments about 9/11 have sparked incredulity everywhere from Twitter to the cover of the New York Post. Earlier this week, in an interview with Men's Journal, the actor seemed to confuse himself with Chuck Norris:

If I was on that plane with my kids, it wouldn't have went down like it did. There would have been a lot of blood in that first-class cabin and then me saying, 'OK, we're going to land somewhere safely, don't worry.'

Wahlberg has apologized profusely for his lightning-rod remarks -- but the pocket pundits of Tumblr and other meme machines have already had their say. Check out the following slide show for some of the most notable examples of Wahlberg-inspired Internet art.