The agony of the male novelist 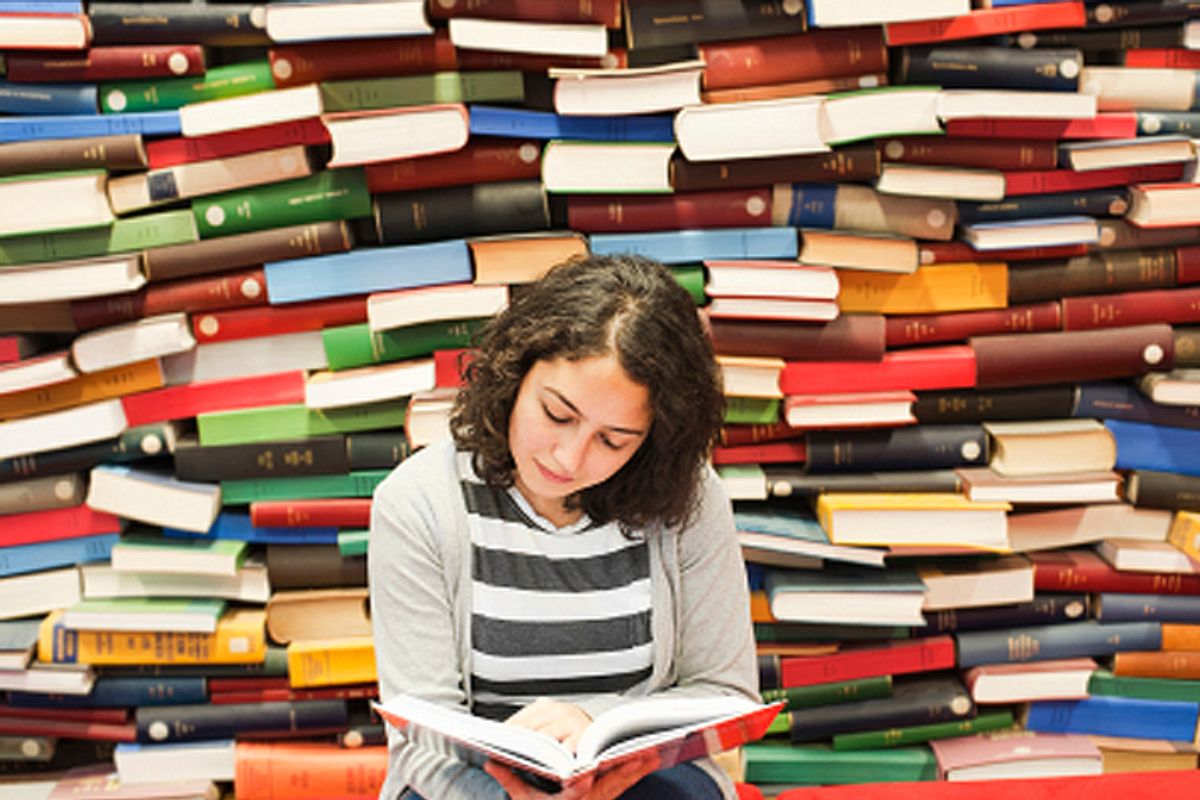 Bestselling writer Jennifer Weiner revisited a favorite topic on her blog Tuesday, unearthing data on gender bias in New York Times book reviews. By her calculations, of the 254 novels reviewed by the Gray Lady in 2011 -- both in the daily pages and the Sunday book review -- only 41 percent were written by women.

This ratio is just a smidgen higher than it was in August 2010, when Weiner, along with fellow “commercial women’s fiction” writer Jodi Picoult, launched a broadside against the “literary” media machine that had luminously reviewed Jonathan Franzen twice in the Times, put him on the cover of Time, and decoded in his novel "Freedom" a viable cure for the common cold.

Their argument was that Franzen writes the same genre of books they do — indeed, Amazon categorizes "Freedom" as “Women's Fiction > Domestic Life” — yet the publishing establishment hails him as a genius while paying less attention to women writers. (Weiner later slightly, and passive-aggressively, backpedaled in a Huffington Post interview, saying, “Do I think I should be getting all of the attention that Jonathan ‘Genius’ Franzen gets? Nope. Would I like to be taken at least as seriously as a Jonathan Tropper or a Nick Hornby? Absolutely.”)

Overlook the food-fight-at-Versailles vibe of the squabble — all parties involved are famous multimillionaires with lucrative film and TV deals — and some good came out of it. The debate, misnamed “Franzenfreude” (that would more accurately be described as taking pleasure in Franzen’s misery, not having envy over his success) got people talking about gender and the organization VIDA's irrefutable evidence that serious book-reviewing outlets are heavily slanted toward covering male authors, with male reviewers.

What went underreported, however, was what Weiner hinted at in the final sentence of one of her tweets: “In summation: NYT sexist, unfair, loves Gary Shteyngart, hates chick lit, ignores romance. And now, to go weep into my royalty statement.” (It bears mentioning that the first sentence in her Twitter bio is “#1 New York Times bestselling novelist.”)

Her boast, as much about genre as gender, suggests she may also recognize a truth that many writers of the opposite gender are painfully aware of: For the majority of male literary authors — excluding the upper echelon of Franzen, Jeffrey Eugenides, Don DeLillo and their ilk, plus a few younger writers like Chad Harbach who have scored much-ballyhooed advances — it’s actually harder than it is for women to carve out a financially stable writing career.

As Weiner pointed out in the Huffington Post interview, “women are the major consumers of all fiction, commercial and literary.” She’s right. By just about every estimate, women buy around two-thirds of all books and 80 percent of fiction.

By a wide margin, women also belong more frequently to book clubs — and these clubs skew toward female writers writing about female experiences. (Never mind the criticism that, after 2004, Oprah didn’t select any female authors; in her club’s heyday, 1996–2001, before it slowed down to read only a handful of books per year, 33 of its 46 picks were by female authors.) The only all-male book club I’ve seen was the ill-fated two-member cabal attempting to read the ultra-masculine Cormac McCarthy in Noah Baumbach’s film "Kicking and Screaming."

The publishing industry has noticed this trend in reading habits, and knows that word of mouth can spread much more easily through a dozen gregarious club members than through a solitary, likely introverted reader. And so the mainstream publishing paradigm has shifted from books the highbrow critics are buzzing about to books that these clubs will embrace. True, Franzen and a few other male authors make the cut, and sometimes challenging works by writers of either gender sneak in, especially among younger and more cosmopolitan groups. But by and large, book-club members are interested in feel-good fare like Kathryn Stockett’s "The Help." The archetypal book-club novel is written by a woman, its characters are female-centric, and it contains a love story, sensitive coming-of-age tale, or mother-daughter narrative, perhaps set against a historical backdrop.

Yet the Franzen-Weiner-Picoult-Stockett universe is the literary 1 percent; they’re all doing just fine, male or female. If you’re upset that you’re deprived of two separate reviews and a profile in the Times, as Weiner evidently is, then, to quote Brad Pitt in "Moneyball," you have “uptown problems, which aren’t really problems at all.” It’s in the midlist, that no-one-outside-of-Park-Slope-has-heard-of-you realm, where the gender gap widens. Midlist authors likely have part- or full-time day jobs or do adjunct teaching to supplement their writing careers. Their books may move a few thousand copies, but never ascend into the three-digit rankings on Amazon. (Weiner might argue that her sales make the midlist possible, but that's not really true. Midlist advances are small; the big bestsellers, more likely, fund the lavish seven-figure advances that go to celebrity memoirs and novels "written" by famous people.)

In short, midlisters are middle-class professionals scraping out a living — and being a midlist male author who writes about males is a distinct financial disadvantage. Not only will you not get reviewed in the Times, but you won’t get reviewed in the women’s magazines that drive sales, like People and O, the Oprah Magazine. Book clubs will ignore you. Barnes & Noble will relegate you to the back shelves. Your publisher won’t give you much support — if it even publishes your book in the first place. As a book-editor friend once admitted to me, “When we buy a debut novel by a man, we view it as taking a real chance.”

Put another way, each year, several well-written short-story collections — the toughest sell in today’s market — by a young American-born debut author focusing on girls and young women receives a hardcover release by a major publisher and extensive media coverage. Deserving standouts in recent years include works from Suzanne Rivecca, Danielle Evans and Karen Russell, to name just a few. The only comparably acclaimed hardcovers by debut male authors — from Wells Tower, Donald Ray Pollock and Daniel Orozco — tend to ignore adolescence (and the writers themselves are much older). They also don't sell anywhere near as well. Cast the net wider to novels, and perhaps the only coming-of-age male debuts to garner any substantive attention are Harbach’s "The Art of Fielding" and Justin Torres’ "We the Animals."

Both male and female midlist authors, by definition, get shafted by the mainstream media. The female midlister, though, still has a shot at gaining a foothold in book clubs, on the B&N front tables, and in the newly powerful Target Club, whose authors are almost exclusively women. This is simply a reflection of the market; if men bought 80 percent of the novels, the reverse would hold true. Men have no one to blame but their own nonfiction-buying and sports-watching sex.

Well, boo-hoo for us guys, who dominated English literature for centuries and for whom the inconveniences of writing literary fiction are a brief interruption from our continued governance of the world. I fully allow that there are major upsides to being a male author. First, men with low sales but critical cachet snatch up a disproportionate number of plum faculty positions in academe. Moreover, there’s reverse affirmative-action at play. If, as a (white, especially) male, you’ve managed to publish a halfway-decent book, people assume you must be the second coming of James Joyce, and lavish praise accordingly. This admiration can be converted into remunerative awards and fellowships, speaking engagements, freelance assignments and translations (foreign publishers, perhaps possessing retrograde sexual politics, seem less scared off by testosterone). I didn’t come close to cracking any bestseller lists with my debut novel or even getting many print reviews (just one, in the Boston Globe), but I’ve reaped these other benefits. And, of course, had I not been afforded copious societal advantages from birth, there’s a good chance I never would have had the opportunity and encouragement to write a novel at all.