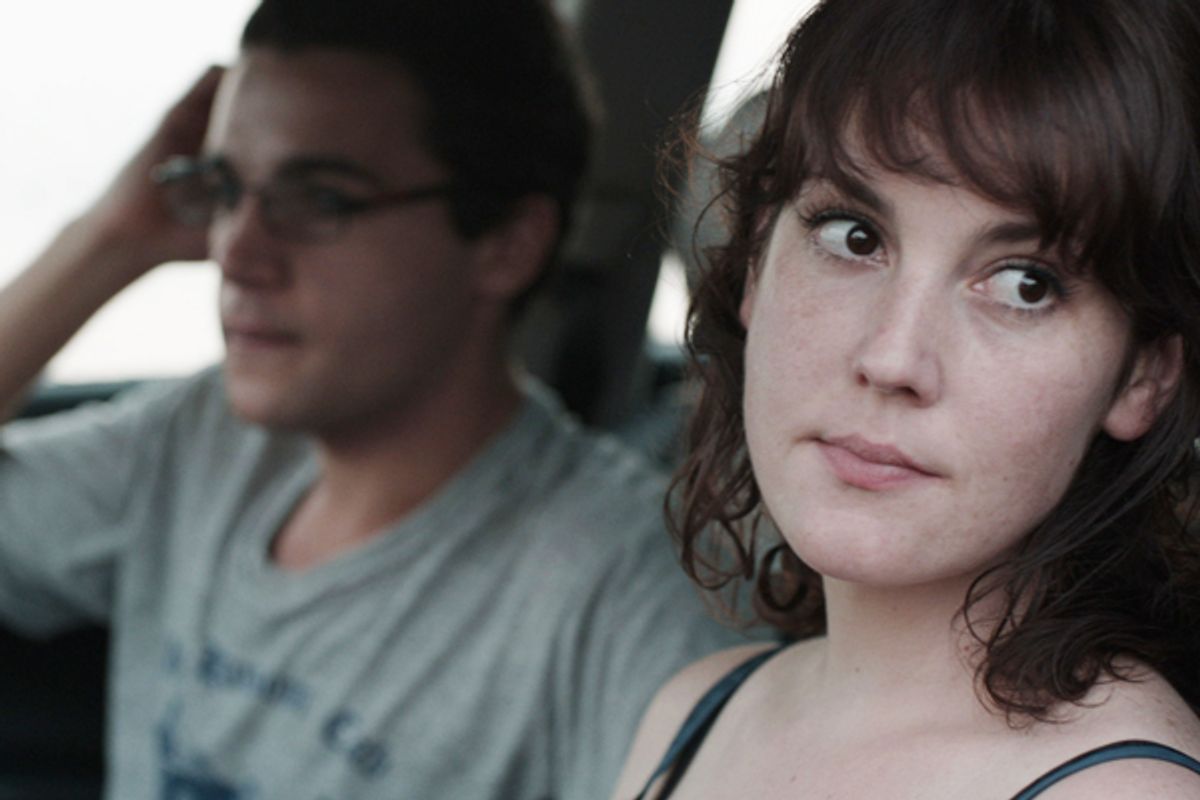 Melanie Lynskey in "Hello I Must Be Going"
--

PARK CITY, Utah -- In keeping with Robert Redford's stern opening-night admonition that his festival is "all about independent filmmaking artists -- we always have been and we always will be," here's a Sundance item bereft of color commentary, celebrity sightings or observations about the Utah weather (which remains unseasonably mild). Todd Louiso's wry, sharply-observed romantic comedy "Hello I Must Be Going" premiered late on Thursday night, and if it's too subtle (and too similar to several other low-key indie romcoms) to make a big splash, it's got lovely performances and really builds strength as it goes along.

If Louiso's name rings a dim and distant bell in your mind, it may be because of his quasi-legendary supporting performance as a know-it-all record-store clerk in Stephen Frears' "High Fidelity," lo, these many years ago. He's now primarily a director, and on the evidence quite a skilled one. The problem with "Hello I Must Be Going" is that Sarah Koskoff's screenplay starts out so modestly: You think it's just going to be a female early-midlife-crisis movie, or an older-woman/younger-guy love story, and, heck, it is both of those things. But to my taste, as the movie goes along it becomes much richer and funnier than that summary suggests, painting a satirical but sympathetic portrait of upper-crust family life in Westport, Conn., a rather toff and beachy New York suburb.

New Zealand actress Melanie Lynskey is terrific as a depressed, 30-something recent divorcee named Amy, who has moved back in with her Westport parents, who simultaneously support and undermine her in all the wrong ways. Her hypercritical mom is Blythe Danner and her willfully blind high-end lawyer dad is John Rubinstein, and each of them is worth the price of admission by themselves. Amy's life of watching TV and eating cookies is upended by the handsome and thoughtful Jeremy (Christopher Abbott), a fast-rising young actor known for his recent largely-nude performance in a play about Robert Mapplethorpe. Everyone around Jeremy, especially his therapist mom (the hilarious Julie White) assumes he's gay, but once he's one-on-one with Amy, that proves to be untrue. Jeremy is arguably much more mature and together than Amy is, but the fact remains that he's also 19 years old.

Louiso plays out this scenario both sweetly and plausibly, and as I've suggested, gets the biggest laughs from the situation late in the game. I'm pretty sure some distributor will eventually take a flyer on "Hello I Must Be Going," and I only hope they market it tenderly and carefully. The odds are always against an indie drama that lacks big stars or a headline-grabbing hook, but nurtured carefully this one could have relatively wide appeal.