The festival begins with the incredible true story of the tycoon, the beauty queen and their massive dream house 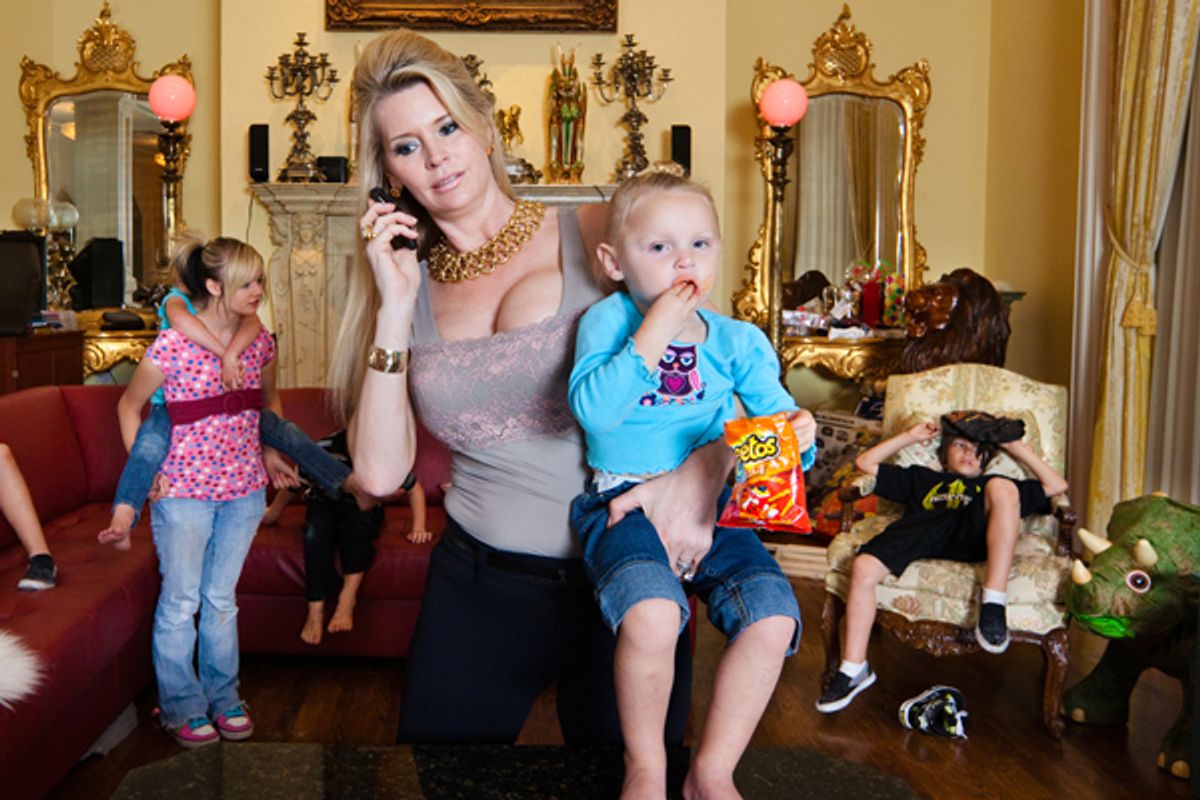 A still from "The Queen of Versailles"
--

PARK CITY, Utah -- According to the mayor of this ski-resort town, which is a famous outpost of crunchy liberalism smack in the middle of the most Republican state in the union, it took the arrival of thousands of outsiders for the Sundance Film Festival to get the place back to normal. Last year the Utah Legislature passed a resolution declaring climate change a hoax, as Mayor Dana Williams told us before a Thursday night screening. Since then, Mother Nature has retaliated: It has barely snowed in the Wasatch Range this winter, leaving the region's fabled slopes almost bare. But a day that began with drizzling rain and temperatures in the 50s ended with a healthy dose of the white stuff, while we all sat inside in overheated auditoriums watching movies.

Sundance has ditched its former tradition of having one main opening-night film, instead screening four different pictures, two American (a narrative feature and a documentary) and two foreign (ditto). This is all to the good, and avoids invidious comparisons with more Hollywood-centric festivals -- but there's little doubt this year that photographer-turned-filmmaker Lauren Greenfield's documentary "The Queen of Versailles" was first among equals. The unbelievable-but-true story of Florida real-estate tycoon David Siegel and his ex-beauty-queen wife Jackie, who nearly went broke while trying to build the biggest house in the country, is like a Theodore Dreiser novel for our time, infused with the vivid, vulgar spirit of reality TV. It often had the sold-out Eccles Center howling, but also has elements of profound tragedy and allegory.

After everything starts to go south for the Siegels, Jackie has to take their enormous brood of children -- or some of them anyway; I believe they have eight -- back to her upstate New York hometown on a commercial flight. (Previously, they had gone everywhere in their private jet, of course.) But she's still baffled when she gets to the Hertz counter at the airport in Elmira, N.Y., and asks, "Who's my driver?" She grew up in modest middle-class circumstances and hasn't been nosebleed-rich for that many years, but she has totally forgotten that regular people don't have chauffeurs.

And the thing is, I never felt that Greenfield was mocking Jackie, who comes across as a likable, commonsensical middle-aged mom (albeit one with considerable, um, cosmetic enhancements) and is in many respects the heroine of the movie. She really is an ordinary person who has led a life that goes beyond the unlikely or the bizarre to the flat-out impossible. Her previous jobs included cocktail waitress and nursing-home attendant, and here she is pumping out kids and managing a 26,000-square-foot house for a sour and distracted rich guy 30 years older than her. (That's not the uncompleted house modeled after the Palace of Versailles; that one was supposed to be 90,000 square feet.) By the end of the film, with most of the household staff laid off, Jackie's job includes wandering around scraping dog crap off the carpeting in room after room, and discovering how many of her children's pets have died from neglect.

David Siegel, who made his enormous fortune by selling time-share vacation rentals in places like Florida and Las Vegas (and Park City) to working- and middle-class people who couldn't quite afford them, is apparently suing Greenfield over his portrayal in the film. Specifically, he objects to the Sundance brochure describing "Queen of Versailles" as a "riches-to-rags" story, and while I'm no lawyer, I suspect he'd have a better case if that weren't exactly how he puts it in the movie. What David really doesn’t like, I suspect, is seeing himself on-screen as a brooding old cuss with no life outside his work and no time for his own children. He shuts himself up in a cluttered den with a widescreen TV and stacks of papers, trying to find a way to rescue both his Orlando dream house and his Vegas condo tower, now deeply underwater. (Time-share lending was essentially a species of subprime mortgage, and when credit dried up so did Siegel's business.)

Still and all, Greenfield does allow us to see Siegel's human qualities, especially the fact that he's chasing the same ersatz vision of luxury, the same unattainable simulacrum of the good life, that he's been selling to poor people one Vegas weekend at a time. He'll probably never finish his Versailles, but even if he does it'll have cockroaches and the same ghastly paintings of his family in pseudo-medieval finery. Siegel and his wife are of course entirely unaware that their attempt to build a replica of Versailles in Florida, and fill it with "Louis XIV-type antique furniture," is a cruel and altogether too appropriate historical joke. But that's really not their fault; they live in a country that has become a parody of itself.