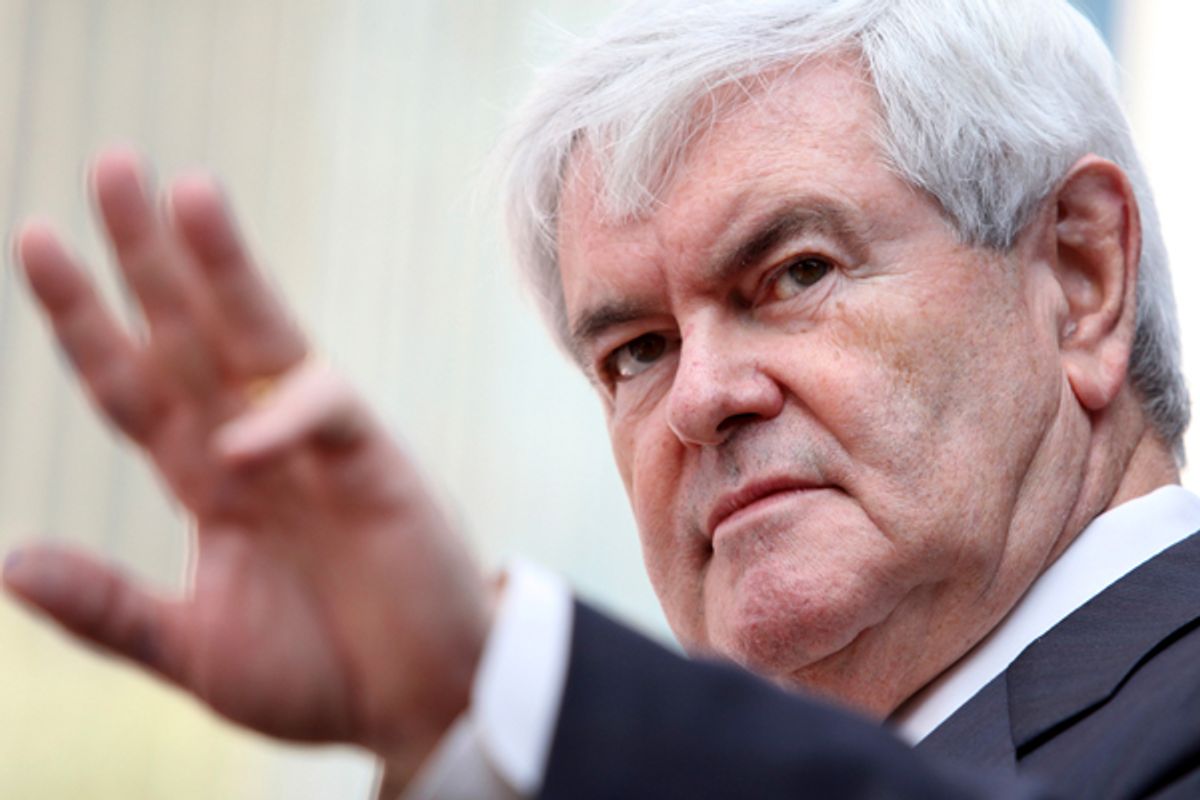 Presumably, polling data that is more comprehensive and authoritative will be released in the next few days, but the initial indicators point to a Florida primary race that has been utterly transformed by Newt Gingrich's resurgence.

Just a week ago, when he was coming off victories in Iowa* and New Hampshire and seemed on his way to a convincing South Carolina win, three different polls in the Sunshine State gave Mitt Rommey an average lead of 22 points, with Newt Gingrich running a very distant second in one of them and third (behind Rick Santorum) in the other. But now a new one-day survey from Insider Advantage conducted on Sunday finds Gingrich ahead by 8 points, 34 to 26 percent, while the polling firm PPP announced late Sunday that the first night of its three-day poll in the state found a virtual tie, with just two more respondents out of 600 choosing Romney than Gingrich.

Mind you, there are some asterisks here. Insider Advantage is run by one of Gingrich's former political lieutenants, Matt Towery, and its polling track record hasn't always been reliable. And the results from just one night of polling can be deceptive (although it should be noted that PPP's final night of polling in South Carolina ended up being virtually identical to the actual results the next day).

But it wouldn't be surprising at all if the race in Florida now is a dead heat, or if Gingrich has even moved ahead, because Florida has been the epicenter of volatility in what has been an almost absurdly volatile GOP race. Just over a month ago, Gingrich found himself sitting on a gigantic lead in the state -- 48 to 25 percent in a CNN poll and 47-17 in PPP's. Those advantages evaporated as a Romney-aligned super PAC moved into the state with an ad barrage and as panicked national Republican voices spent December chipping away at Gingrich's standing with the party base. When the glowing press that accompanied his apparent successes in Iowa and New Hampshire was added to the mix, Romney suddenly looked invincible in Florida.

But the Republican universe in Florida is about as conservative and Tea Party-friendly as South Carolina's. So if Gingrich could rally the GOP base back to his cause in the Palmetto State, there's every reason to expect him to do the same in the Sunshine State, at least initially.