His rambling, powerful new film returns to the streets of Brooklyn, but it's not a "motherf---ing sequel" 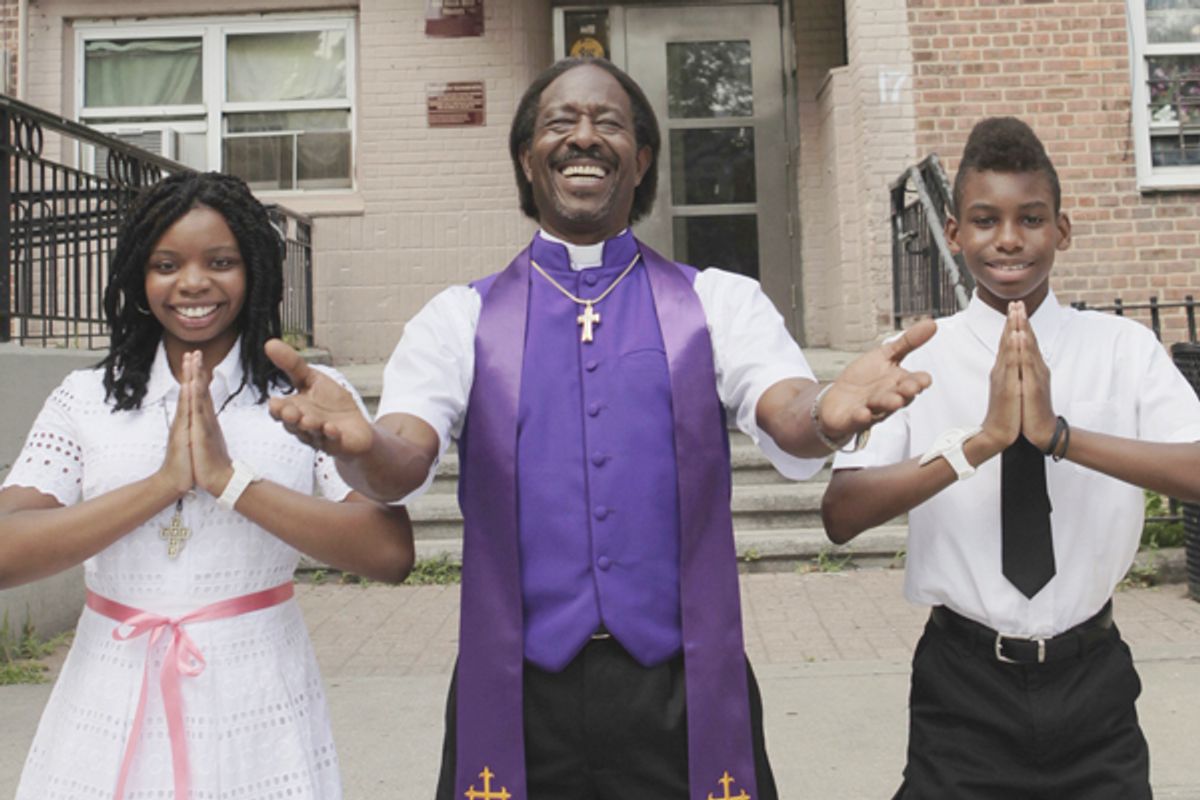 PARK CITY, Utah -- During an expletive-laden tirade that followed the Sundance premiere of his new self-financed indie production "Red Hook Summer," Spike Lee instructed the audience to go out and tell the world that it isn't "a motherf---ing sequel to 'Do the Right Thing.'" OK, mission accomplished, Spike -- but I have to use some other word to describe the relationship then. Companion piece? Granddaughter? Distant Southern cousin? I can understand that Lee doesn't want the expectations that might come with connecting his new film to his most famous and influential one, and in terms of budget and production, "Red Hook Summer" is probably closer to Lee's ultra-indie 1986 debut, "She's Gotta Have It." (As for Lee's display at the post-screening Q&A, that was at least 50 percent showmanship, although his anger at Hollywood's treatment of black-oriented themes and films was both genuine and justified.)

Shot in 19 days in and around the Red Hook housing projects in the southwestern corner of Brooklyn, "Red Hook Summer" is a messy film with a constant feeling of experimentation and invention. It doesn't all work, the score by Bruce Hornsby often feels intrusive, and there's a sudden narrative shift about three-quarters of the way through that will leave viewers unsure how to feel about this story and its characters. I could list other things that aren't perfect about this movie, but the important thing to say is that I basically loved it, imperfections and all. I would even argue that the shambolic, semi-improvised quality of "Red Hook Summer" is essential to its spirit. Some Internet commentators have already suggested that Lee cut half an hour, or 45 minutes, from the film, and I completely disagree. They simply don't like what Lee's trying to do here, and that's fair enough. But "Red Hook Summer," like Lee's other personal, Brooklyn films, isn't about telling a story. It's about capturing a mood and a moment, a place and its people. It's about heart and soul, and whatever its flaws, this film has those things in abundance.

Lee shows us Red Hook through the eyes -- and frequently the iPad -- of Silas, aka Flick (teenage discovery Jules Brown), a sheltered private-school kid from Atlanta who's been shipped north to spend the summer with his Brooklyn grandfather for unclear reasons. Said grandfather, played by the tremendous Clarke Peters, is known as Bishop Enoch, and serves as minister of a tiny, struggling old-school Baptist congregation in the shadow of the projects, and in an enclave of black Brooklyn increasingly hemmed in by redevelopment and gentrification that offer few or no benefits to longtime residents. Do Lee and co-writer James McBride (a Red Hook native) really have to include three fire-breathing, social-gospel sermons by Bishop Enoch? No, not for narrative reasons -- but they're so awesome, so tragic, so heart-rending and so inspirational I never wanted them to stop.

As Flick navigates his uneasy relationship with his grandfather, the local gangbangers and upstanding citizens and his tentative friendship with a brazen, fast-talking project girl (the irresistible Toni Lysaith), Lee's various themes regarding race, poverty, religious faith and the internal conflicts of African-American society come into focus. I don't have time for a full consideration of "Red Hook Summer" right now, so let's express it this way: This is an unpolished, loosey-goosey, street-level film that surely isn't for everybody. It's also a passionate, painful, tragic, haunting love letter to Brooklyn and New York City, to black America and the black church, to the possibility of childhood innocence in rough circumstances. I found it tremendously moving, and the memory of that premiere screening is one I will long treasure, cuss words and all.