Time to move past the snubs and call the winners. Here's the case for Brad Pitt, Terrence Malick, "Hugo" and more 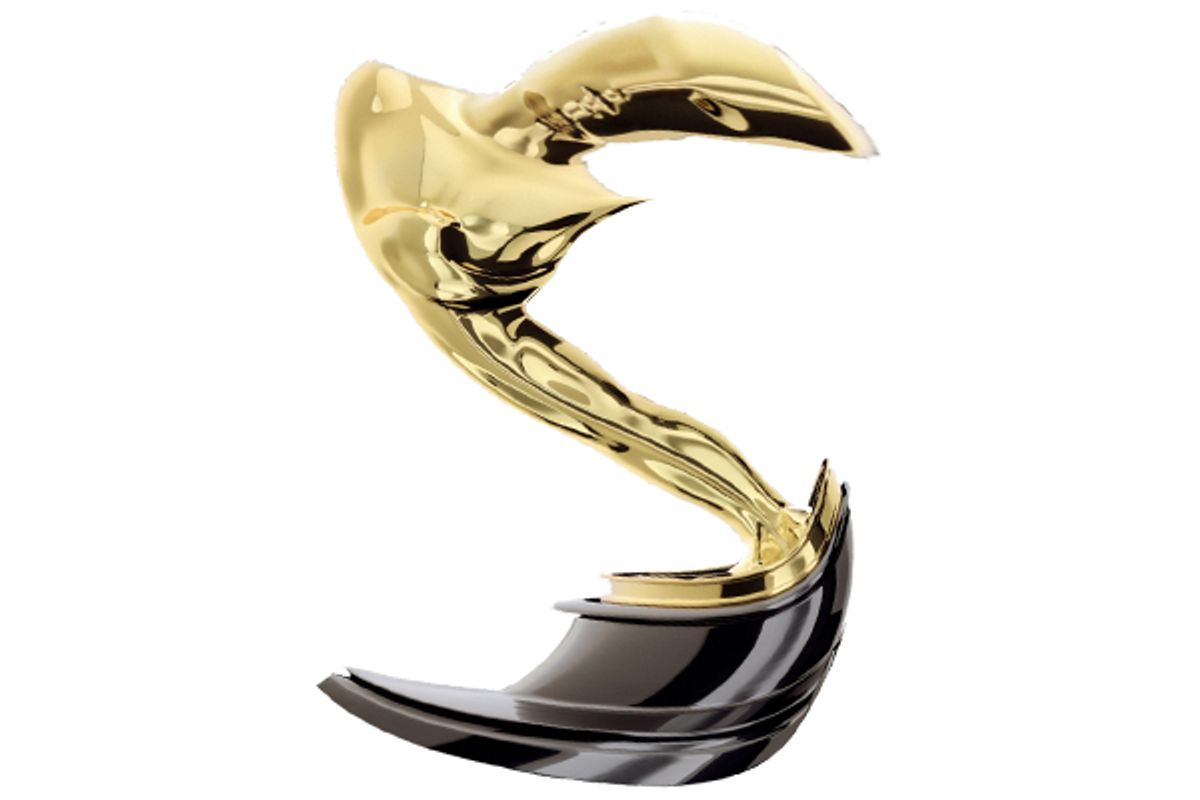 You can read the usual political-junkie analysis of Tuesday morning’s Academy Award nominations almost anywhere else, and it's not as if anything that happened today changed the horse race too much. I’m definitely going to allow myself to ventilate a little rage against the Academy for its unforgivable omissions – chant along with me: Al-Bert BROOKS! Al-Bert BROOKS! – and for showering so much love on namby-pamby, pseudo-significant, middle-of-the-road crapola like “Extremely Loud & Incredibly Close.” (Ask me how I feel about that movie sometime. I might tell you!)

But the Oscars we have are the Oscars we have. So I want to lobby here for who really should win now, given the unfortunate but undeniable reality that Brooks and Kirsten Dunst and Tilda Swinton and Michael Fassbender, et al., are out of the picture.

Who got snubbed: Most notably “The Girl With the Dragon Tattoo,” which just didn’t stand out enough (or make enough money). Also “Bridesmaids,” “Drive,” “Melancholia” (which recently won best picture at the European Film Awards) and “Tinker Tailor Soldier Spy,” each of which is, in my oh-so-humble judgment, better than several of the nominated films.

WTF factor: “Extremely Loud”? Really? That there were nine nominations instead of six to eight is itself a pretty big surprise – but all the nominations piled up by Stephen Daldry’s treacly post-9/11 magic-healing movie makes me feel a teenage level of bile toward the Academy and its collective taste for ultra-middlebrow sentimentality. Maybe voters made up for that on the other side of the ledger by nominating “The Tree of Life,” a spiritual allegory many viewers found incomprehensible.

Who should win now: Again, this category is me voting with my heart, not horse-race analysis. We all know that “The Artist” is still in the lead, with “The Descendants” and/or “Midnight in Paris” making up ground on the outside, etc. If the Oscars are about big spectacles that combine romance, adventure, tragedy and comedy, that put all kinds of money on the screen but also demonstrate a passion for life and movies, then there’s only one choice. Martin Scorsese’s “Hugo” is a grand folly, a money-loser on an epic scale, the greatest work so far done in 3-D, an adaptation of a children’s book that far outdoes its source material and an old-school Big Movie aimed at all viewers. Reward this great director for taking enormous chances when he didn’t have to, and pulling it off in a way nobody expected.

Who got snubbed: Ryan Gosling for both “Drive” and “The Ides of March,” although the writing’s been on the wall, re Gosling backlash, for some time now. It’s also not surprising that Leonardo DiCaprio (for “J. Edgar”) and Michael Fassbender (“Shame”) were left out; the latter’s day will come and the former was perfectly dreadful.

WTF factor: There were murmurs around Bichir, a terrific Mexican actor who plays an immigrant gardener in Chris Weitz’s little-seen “A Better Life” (and also had a supporting role on TV’s “Weeds”). But it’s still a big surprise – is this the first time an actor who’s also played Fidel Castro (in “Che”) has been Oscar-nominated? Gary Oldman arguably wasn’t the most memorable aspect of Tomas Alfredson’s cool, modernist “Tinker Tailor,” but it’s a nice surprise to see the movie, and his underplayed performance, get some recognition.

Who should win now: I like everybody in this category, and of course Clooney and Dujardin are the front-runners. But Academy members, this year of political discord is a good time to send a unifying message to all Americans and all citizens of the movie world. Readers of OK! Magazine and art-film connoisseurs are now joined in their love of Brad Pitt, a movie star who has (at length) revealed himself as a superb actor. Pitt personally nursed “Moneyball” through its production nightmares and near-collapse, and fills the potentially two-dimensional role of Billy Beane with tremendous humor and heart. It’s time.

Who got snubbed: First and foremost, Tilda Swinton in “We Need to Talk About Kevin.” It’s a brilliant performance in an arty, painful, violent film that was simply too challenging for Academy voters (or many civilians) to enjoy. Also highly deserving from the indie/arty fringe are Kirsten Dunst for “Melancholia” (she won the best-actress award at Cannes) and Elizabeth Olsen for “Martha Marcy May Marlene.”

WTF factor: I suppose Mara’s nomination is a surprise, given that “Dragon Tattoo” was locked out of the other major categories. Still, she was good, and my only problem with it is the zero-sum game that booted Dunst, Olsen and Swinton to the curb.

Who should win now: This is a tough one to call, and I’m going to end up with the most conventional choice. I didn’t love “The Iron Lady,” which is a semi-coherent blend of mid-grade British political drama and soap opera, but the range and intelligence of Meryl Streep’s performance as Maggie Thatcher – bringing both her profound strength and her personality defects to life -- are extraordinary. I know Streep has her haters, but we're talking about the greatest stage and film actress of her time, who's drawing near a late-midlife career transition.

Who got snubbed: Albert Brooks for his comic-sinister Jewish gangster in “Drive,” and that’s a complete and total freakin’ disgrace. Everybody in Hollywood has decided they hate that movie, and that’s some cinema-studies grad student’s dissertation topic right there waiting. I know there’s a technical argument about whether Andy Serkis’ motion-capture performance in “Rise of the Planet of the Apes” actually qualifies – but it should, and he belongs on the list ahead of at least three nominated actors.

WTF factor: Pretty much the whole list, except for Plummer. Oh, I have no problem with Jonah Hill, and I do understand that Branagh was chewing the scenery because he was playing noted hambone Laurence Olivier. Max von Sydow, of course, is one of the greatest actors in film history in the twilight of his career, and was easily the best thing about “Extremely Loud.” But none of them was all that great. “Warrior” doesn’t belong on a list of top-five Nick Nolte performances, but I guess it proved he could still display some vulnerability after a lengthy period of simply playing a bear.

Who should win now: Christopher Plummer as the abruptly uncloseted senior-citizen dad of Mike Mills' underappreciated "Beginners." Furthermore, he will win. So, no, there’s still no justice in the world, but sometimes the stars align. (And as Albert Brooks reportedly quipped this morning, he doesn't have to attend any more events that Plummer wins.)

Who got snubbed: Well, on one hand I love everyone on this list. On the other hand, the entire movie world is shocked today that Shailene Woodley, who plays George Clooney’s eldest daughter in “The Descendants,” got left out. And while I can’t pretend to be amazed that Charlotte Gainsbourg’s tender and heartbreaking role in “Melancholia” got overlooked, she deserved to be nominated and to win (unless Woodley won).

WTF factor: Melissa McCarthy and Janet McTeer are big surprises, but in the best possible way. Jessica Chastain’s nomination is a mild surprise, but only because it’s highly unusual to see two nominees in the same category for the same film.

Who should win now: What an absolutely terrific group of women! I mean, they really don’t need to give it to Bejo, because “The Artist” is likely to win all kinds of other things and her performance is charming but slight. I’d be delighted to see any of the others crying at the podium, and my typin’ fingers were all set to go with a passionate defense of McTeer’s fearless, swaggering role as a woman passing for male in early 20th-century Dublin. But “The Help” does deserve some recognition, both as a movie and a social phenomenon, and Octavia Spencer’s brave, conflicted and righteously angry performance is the right vector for that.

Who got snubbed: Boy howdy -- all kinds of people! You can start with David Fincher, Steven Spielberg, Stephen Daldry, Bennett Miller, George Clooney and Lars von Trier, all of whom (except the last, of course) seemed plausible or viable at various times.

WTF factor: Actually very low. Malick’s nomination is an unexpected and pleasant surprise, and Scorsese or Allen might easily have been dropped in favor of someone else, but this is undeniably a strong and varied list.

Who should win now: I’m on the fence about “Tree of Life,” at least in terms of its ultimate significance and success, but it truly is a once-in-a-lifetime cinematic experience. In fact, I’m grateful that these nominations will compel me to circle around and watch it again. There’s often a lifetime-achievement aspect to the directing Oscar, and given the enormous philosophical and artistic goals of “Tree of Life,” this is really the Academy’s one chance to honor the strange, remarkable and resolutely unprolific career of Terrence Malick. Besides, don’t we all want to see whether the legendarily private Malick will actually show up? (My money’s on no; maybe he can play clarinet via Skype with Woody Allen.)