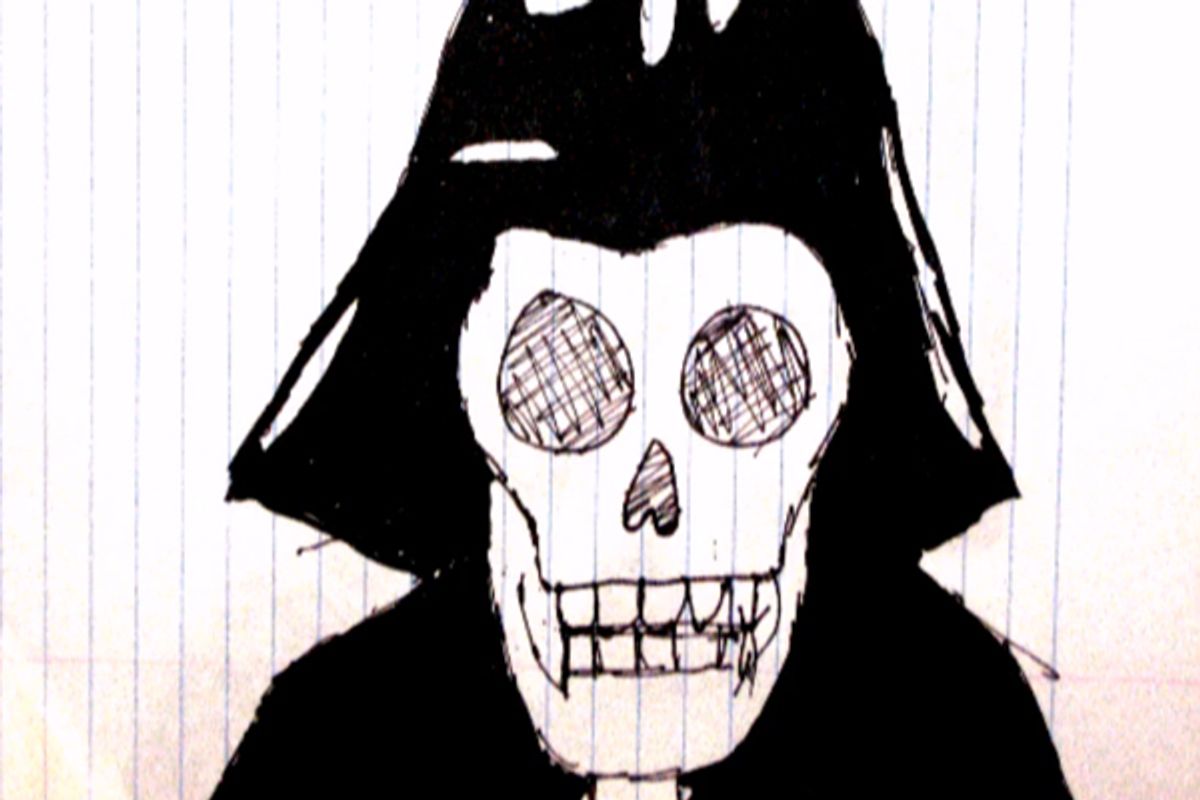 There are a few great universal truths. People love "Star Wars." People love making videos. (Just ask the Star Wars Kid.) When in 2009, Vimeo developer Casey Pugh challenged fans to "remake 'Star Wars: A New Hope' into a fan film, 15 seconds at a time," he got an outpouring of beautiful animated sequences, stop-motion extravaganzas, and a lot of people in their living rooms, wearing hoodies. So many hoodies. The final product became "Star Wars Uncut," an addictively compelling low-fi reimagining of the classic that went on to win  a 2010 Emmy for interactive media, besting websites for "Glee" and "Dexter."

Now, a year and a half after its Emmy win, "Star Wars Uncut" is getting yet another wave of glory. On Jan. 18, a "Director's Cut" of "hand-picked scenes from the entire StarWarsUncut.com collection" was uploaded onto YouTube, the entire movie rolled into one gloriously weird, 473-scene work that spans from a Twitter update of "A long time ago, in a galaxy far, far away" to a closing credits sequence with more names on it than a Korean cartoon. In other words, it's the "Star Wars" you always dreamed of – one featuring your childhood action figures, several bottles of Jim Beam, flying bow ties, and a box of ferrets. If you don't have two hours to blow watching the whole kaboodle, check out the Star Wars Uncut site, where you can access individual scenes, along with their originals from the film. Fair warning: Once you find Chewbacca's character page, you're in for no less a time suck.

In a world where messing around with copyrighted material could, as Andrew Leonard explained recently, "get an entire website shut down," a treasure like "Star Wars Uncut" -- as well as other crowd-sourced gems like the Grammy-nominated Johnny Cash Project -- might well become extinct. Fortunately, back in 2010, "Uncut's" creator Pugh told the New York Times that the notoriously touchy Lucasfilm had given its support to the project from its earliest days. Though he's bound by a nondisclosure agreement, Pugh affirmed that "Lucasfilm isn’t out to make money on this, and neither am I."

The lavish attention and effort so many individuals poured into a silly labor of love to one of the most lucrative films of all time speaks of great purity. They did it for no money. For no great glory. Just for the fun of doing something, sharing it with others, and seeing what they came up with as well. For the pleasure of putting a personal stamp on Princess Leia's eye rolls and Han Solo's winks. The end result is both insanely cute (that toddler with the Cinnabon hat at the eight minute mark will just about kill you dead) and often, oddly touching. Because within the rousing, rebellious spirit of "Star Wars" the Internet has found yet another way to celebrate the giddy, ragtag joy of collaboration.