Alt-rock hitmaker: Why I hate my band

Mike Doughty knows Soul Coughing should have been as big as the Beastie Boys. He tells all in a new memoir 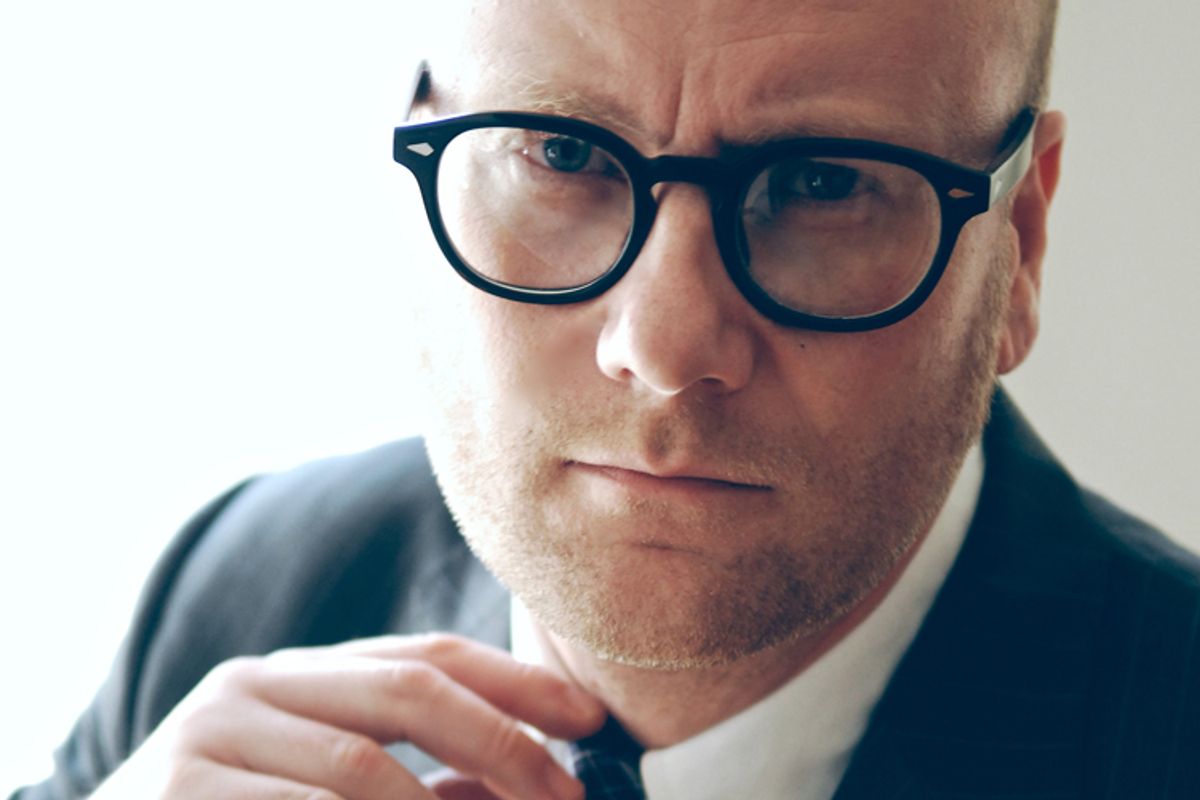 The unspoken rule of rock 'n' roll memoirs — especially ones about drug-addled players who get clean — is that the author tends to mend fences rather than sling mud. Mike Doughty: not so much. In “The Book of Drugs,” the former Soul Coughing frontman writes with a lacerating candor about his family, his narcotic and sexual excesses, the idiocy of the music industry, and, most of all, his former band mates.

This will come as bad news to the small but persistent fan cult who harbor hopes of a Soul Coughing reunion. (And I might as well admit right now that I’m one of them.)

For a few years there back in the '90s, Soul Coughing was making the most interesting music on the planet, a sonic collage of Doughty’s downtown beat poetry and guitar riffs, the monstrous syncopation of bassist Sebastian Steinberg and drummer Yuval Gabay, and the zany sampling of Mark De Gli Antoni. Doughty called it “deep slacker jazz.” The critics, by and large, raved. But the band minted only a few minor hits before imploding.

Doughty details this implosion in the new book, as well as his own stifling childhood, his descent into addiction, and his eventual recovery via the 12-step program. The 41-year-old has since built a thriving solo career, turning out albums full of catchy pop melodies and droll lyricism.

Salon interviewed him by phone from his home in Brooklyn, N.Y.

Your memoir doesn’t pull a lot of punches.

I definitely felt ethically obligated to show myself as a pretty dark character. Who I was earlier in my career is a lot more interesting than some weird white knight version of myself.

I was amazed at how honest you are. There’s a line in the book, for example, where you’re writing about Jeff Buckley and you say, "I wanted him brought down."

He was just a ridiculously beautiful person and his voice was amazing and people followed him around like he was Jesus -- and who could blame them? Boy oh boy did I envy that. When he died, I was so envious. I was like, "He’s a legend." And years later, when I came to from the fog, I realized he was just a human being, very talented, a very good guy, and he died.

His death made me think about the halfhearted suicide attempts you made as a teenager. At one point you tried to hang yourself from a shower curtain using a guitar cord, which felt like exactly what a young aspiring rock star would do.

Pretty much. I didn’t want to die, though. I just wanted someone to help me and it was the only way I could figure out to get help. I was angry and powerless to put my anger to a more effective use, but I hope I conveyed how haunted and strange and emotionally violent the home I grew up in was. When you grow up in an abusive household, unconsciously you seek out abusive relationships.

It seemed clear your band mates fit that description.

The book is so blunt about how angry you were at them and still are. I wondered about this, because isn’t part of the whole 12-step program about seeking forgiveness?

It’s about making amends. But making amends is not a forced march. Part of writing the book is: I want to take responsibility for my part, and that’s why I portray myself quite negatively a lot of the time. But I would say that I was, like, an asshole and they were in my opinion somewhat sociopathic. So their bad is bigger than my bad. But my bad is still bad and I got to take responsibility for that.

It felt like the undercurrent of your relationship with the band was resentment against you as the songwriter. You brought in the melodies and rhythms and a sense of how the song was going to sound and your band mates — for whatever else you might say about them, were remarkable players —

We had the muscle to give the Beastie Boys a run for their money! And Beck! And we ended up like a footnote. When people like Soul Coughing, it’s so frustrating because we could have been a truly great band and instead we were an interesting band with a cult following. And my biggest problem is my band mates genuinely think I was not the songwriter. It’s like getting into an argument where you bake a pie and have to prove you baked the pie. It’s like: Here’s the receipt for the flour, here’s the dirty dishes. It’s insane and utterly crazy-making. The thing that really disappoints me is that some of the famous samples on our first record, the Andrews Sisters and Howlin’ Wolf and Toots and the Maytalls — I brought that stuff in. And when the sampler player was asked about how he came up with those samples, he was not even aware that he was talking about stuff I brought in.

It seemed like your age had a lot to do with the band dynamics, the fact that you were so young relative to the other guys.

I was 22 when we did our first gig. I already felt like, "Jesus, why didn’t I have a record at 19?" I was bizarrely grandiose and at the same time ridden with anxiety. I was 23 when we made our first record, and 24 when it came out.

Right, and these guys were a decade older. They’d been around the block. Maybe they had trouble giving you too much credit.

I wonder if they were trying to sink their own boat, if they were just super self-destructive, knowing that this was the one shot they would have, and I would likely go on to make more records and they likely wouldn’t. It just doesn’t make sense that they [messed] with the guy who had his hand on the off switch. But then again, I heard reports after we broke up, and they were shocked and angry. And I was like: Really? You said all this shit. You said we’re going to divide up the song credit equally even though you didn’t write the songs. You didn’t think that eventually I was going to ... get out of there.

As a solo artist you’ve been able make the exact kind of records you want.

Yeah, but it’s so funny. Whenever there’s a new album, I read the iTunes reviews and there’s always one that says, "I’m glad this rocks out more like 'Haughty Melodic.'" And there’s always one review that says, "Yeah, but he’s never as good as he was in Soul Coughing." I don’t know anybody with an audience that’s so divided. And it’s not just, "Hey, I like acoustic records." It’s like, "The kind of music I like is better than the music you like." People — particularly young people — just have this self-centered view of art. If they like something, it’s not a preference. It’s true or false. I’m trying to learn to laugh at it.

It seems like you’ve made your peace with a smaller career that’s more sustainable.

The desire to be immortal is something you’re never going to win. I mean, I just read that Paul McCartney called up Yoko Ono and asked for some of the songs to be changed from "By Lennon/McCartney" to "By McCartney/Lennon."

You write a lot in the book about being a lonely guy. There’s a lot of self-lacerating groupie sex, for instance. What’s your personal life like now?

Well, I was a ho for the first couple years after I stopped using and I was much better at it than when I was using, but it got really sad. So I got into relationships. I’ve had three major relationships in a decade. I was 18 when I started using full-time and it’s sort of like I got stuck there. So now I’m trying to be an adult, but I feel quite behind the rest of the world.

Are you concerned the book coming out will stir up stuff from past?

I sort of put blinders on when I was writing it and didn’t think about how people were going to react. But now people are coming down the pike, particularly from my long menu of horrible, brief sex encounters.

Do you sense a flame war with your ex-band mates in the offing?

Yeah, I’m better at that than I used to be. I think it’s very much a "Don’t feed the trolls" type scenario. Better for me to let them say whatever it is they want to say and for me not to know about it, even if they’re like, "Doughty’s a Nazi and he shot JFK and he kicks puppies."

Turn off the Google Alert?

Oh, totally. I did that a while ago.