Is it OK to steal "Downton Abbey"?

Obsessive TV fans are turning into shameless online pirates, as cult shows air in the U.K. before making it here 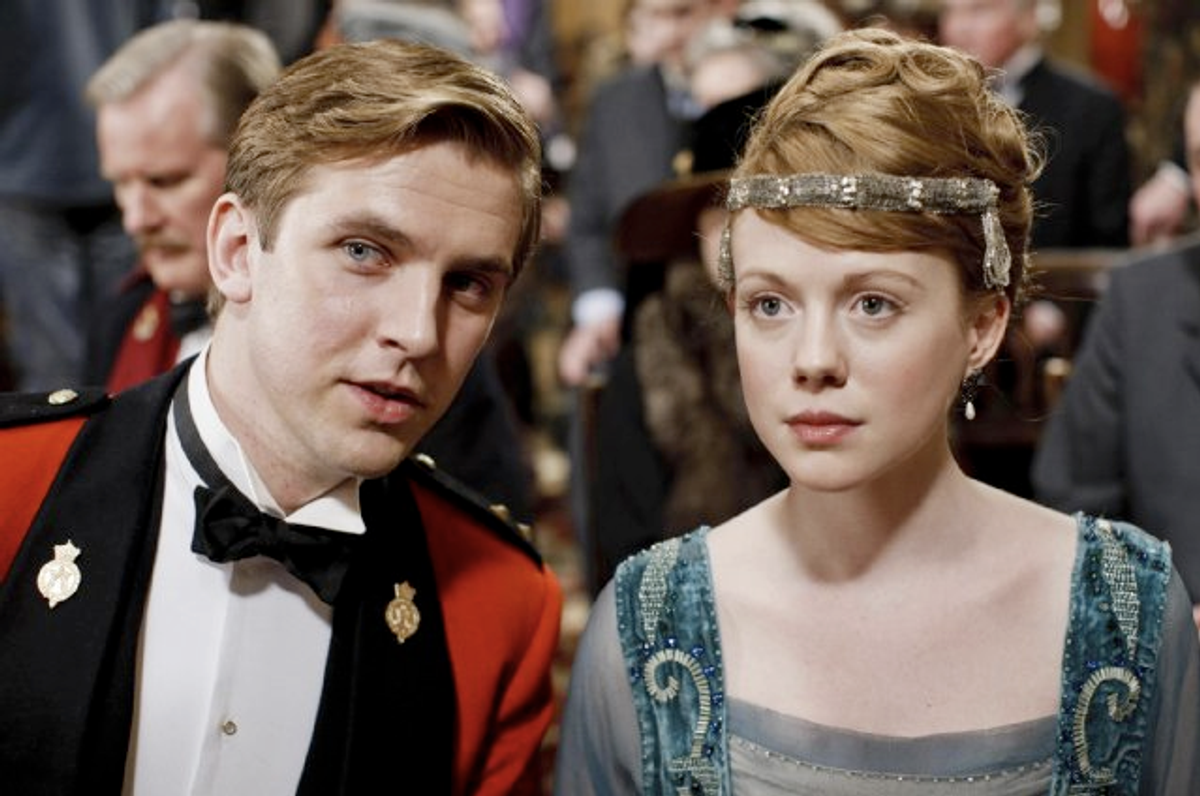 In an otherwise civil discussion of "Downton Abbey's" second season, actor Hugh Bonneville let loose on an interviewer who casually let it slip that she'd gone online and viewed a pirated version of the British period drama's Christmas special, which aired in the U.K. in December but won't hit PBS until Feb. 19. This turned out to be the wrong thing to tell the man who plays proud patriarch Robert Crawley.

“I wish you hadn’t told me you watched it illegally,” said Bonneville, choosing words that suggested he shouldn’t be writing dialogue for the nobleman otherwise known as the Earl of Grantham. “That’s really pissing me off. Shame on you. Be ashamed.”

Like so many other nerdy "Downton" fans, I also greedily consumed the Christmas special over the holidays in some dark corner of the Internet -- but without feeling any such shame.

The reason? Over the past few years, with potential spoilers lurking behind every clicked Web link, rabid American fans of cult-friendly British programming have grown increasingly frustrated that television hasn't truly gone global. Well into the age of YouTube, iTunes and on-demand viewing, obsessive fans are still thwarted by international restrictions that prevent them from accessing episodes as they become available, even on official sites. And the region-specific system of DVD coding still exists to drive all but the most tech-savvy Anglophiles from ordering copies when they are released overseas (as the second season of “Downton Abbey” was back in November).

Instead, fans are forced to make an outdated choice: Wait it out — sometimes for months — until new episodes of our favorite overseas shows make their U.S. debuts, or find pirated versions somewhere online that abet a ravenous craving to stuff their eyeholes with tweedy goodness. (The controversial SOPA bill, stalled indefinitely in Congress after protests, were aimed, in part, at stopping this kind of downloading. Sites like the Pirate Bay, hosted by overseas servers, often contain access to torrents of full seasons of shows; but truth is, a good Google search will turn up much of what you're looking for, as well.)

With the old model of importing shows at the speed of a steamship chugging across the Atlantic as obsolete as Mr. Carson's job in an industrialized Britain, and with few sensible solutions, it’s no surprise that a growing number of superfans feel like their piracy is justified. (Especially when PBS is free anyway! Who loses?)

“I only download when it's something I just can't bear to wait for,” says a Brooklyn-based friend of mine, who requested anonymity not for fear of getting outed as a mega-geek but of being charged with copyright infringement. A self-described “nerdy American Gen-Xer who grew up watching the classic ‘Doctor Who’ series when it aired on PBS in the ’70s and ’80s,” he has no qualms about using outlaw means to watch his pet programs, which include ITV’s "Downton Abbey" and the BBC’s boffo “Sherlock” adaptation.

He says that he does so for two logical reasons — for his own gratification, and so that he can geek out with his English friends and others who have viewed the shows as they air or shortly thereafter. But he also says that the versions that air here are subtly different than they were in the U.K.

“I’m kind of wary of waiting for British TV to show up on PBS or BBC America,” he says. “It’s not only the time lag that’s maddening, but the way those versions of the shows sometimes get edited. PBS rejiggered the first season of ‘Downton Abbey’ for reasons I still don’t understand, and BBC America sometimes cuts down shows to jam in more commercials and adds gratuitous intros or voice-overs that I have no use for.”

According to Rebecca Eaton, the executive producer of "Masterpiece Theatre," there’s not much PBS can do about either problem. In an interview, she jokingly refers to people like my friend as “pirates”  and further disparages them by growling “arrrrgh” in her best Blackbeard voice. But it's with a sense of humor and resignation. “We are completely separate networks, and we program differently than ITV,” she explains. “It’s literally the difference between the way one network broadcasts and the way the other one does.”

When I press Eaton to elaborate on what might be holding them back from making the episodes available more quickly, she is quick to say, “ITV is a commercial station, they have ads, and their shows have to be reformatted to fit the 'Masterpiece' time slots.” The reformatting includes editing for length and adding PBS branding. “And 'Masterpiece,' every year, has to avoid certain weeks because of pledge,” she adds. “It’s a puzzle of where to fit programs in here.” Her advice to fans here in the States: embrace the concept of delayed gratification.

Eaton does admit that, with a bit of scheduling luck, the turnaround time could be shortened, to a month or so instead of four, as it was with both “Downton” seasons. But, she says, people would still complain about not being able to watch episodes in sync with the Brits. “If they aired a day later,” she says, “illegal pirating would be going on.”

BBC America has satisfied many U.S.-based “Doctor Who” aficionados by airing new episodes of the exuberantly bizarre sci-fi program on the same calendar day as the BBC. “We listened to our fans who wanted to be part of a global conversation,” said Richard De Croce, BBC America’s senior vice president of programming. While the feed still arrives to East Coast viewers a few hours after it airs in the U.K., it’s not much different than American networks delaying broadcasts so that viewers in Western time zones can watch in prime time. But unlike PBS, BBC America has the benefit of being part of the BBC.

So why haven't TV entities and producers from both countries gotten together and figured out a solution to the issue, especially when there are so many fanatics on both sides of the pond — and, to be clear, this problem goes in both directions — who would be willing to pay for  the pleasure, and legality, of instantaneous viewing?

Until international immediacy is embraced by the television industry as a whole, American superfans of British programming who aren’t into delayed gratification will continue to seek out ways to view their shows as if they lived abroad. And, as any shoplifter could tell you, there is an associative thrill that comes with sneaking stuff out of the store. When I asked her to take a stab at what Maggie Smith’s gloriously wry Dowager Countess might say about all of this, Eaton summed up the issue nicely: “Piracy, how thrilling!”