The Democrat Mitt Romney voted for

Surprise, surprise: The story he tells now is a lot different than the one he used to tell 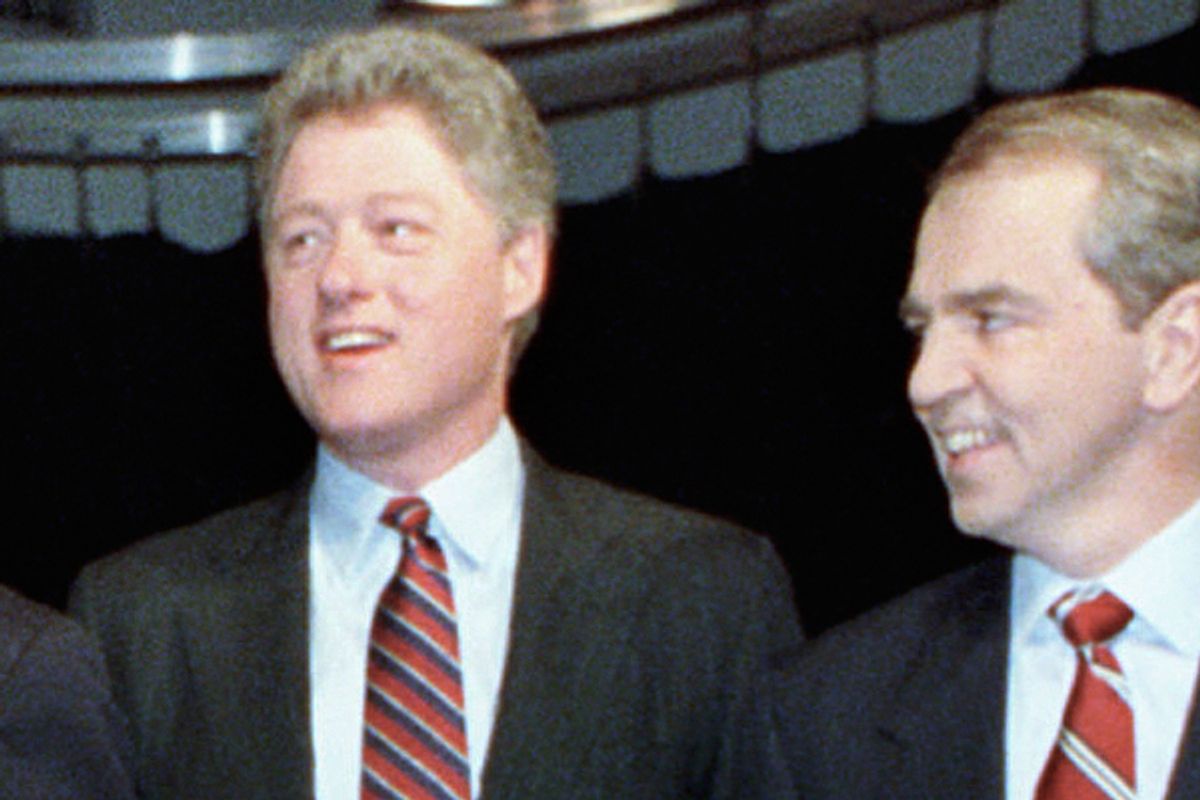 An unlikely name crept into Thursday night's Republican debate in Florida: Paul E. Tsongas, a one-time Massachusetts Democratic senator and 1992 candidate for president who passed away 15 years ago this month.

Romney, who exercised his right as a registered independent to participate in the Bay State's '92 Democratic primary, acknowledged years ago that he cast his ballot for Tsongas, who was vying with Bill Clinton and Jerry Brown for the right to oppose President George H.W. Bush.

Gingrich reintrodiuced the subject in an effort to draw attention to Romney's less-than-conservative past. Romney replied: "Just a short clarification. I've never voted for a Democrat when there was a Republican on the ballot. And in my state of Massachusetts, you could register as an independent and go vote in which -- either primary happens to be very interesting. And any chance I got to vote against Bill Clinton or Ted Kennedy, I took. And so, I have always voted for a Republican any time there was a Republican on the ballot."

The response drew a friendly reaction from the Republican audience -- Romney was already cleaning Gingrich's clock by that point -- and the issue clearly isn't going to hurt him in the GOP race. There was a superficial appeal to Romney's explanation: 1992 was a long time ago, and memories of Tsongas, to the extent they exist at all among today's Republican voters, are vague and fuzzy at best. But it's worth understanding the context of Romney's '92 Tsongas vote, because -- surprise, surprise -- the story he and his allies offered back in the '90s was much different than the one he spun at Thursday's debate.

The fact that Romney had voted in the '92 primary was revealed in early 1994, when he launched his U.S. Senate campaign, his first bid for public office. The Boston Globe asked him about it and described his response this way:

Romney confirmed he voted for former US Sen. Paul Tsongas in the state's 1992 Democratic presidential primary, saying he did so both because Tsongas was from Massachusetts and because he favored his ideas over those of Bill Clinton. He added he had been sure the GOP would renominate George Bush, for whom he voted in the fall election.

What's important to understand is that Tsongas was a political rock star in Massachusetts in the early and mid-'90s, easily the most liked and respected public figure in the state, with broad popularity among voters from both parties (and particularly among independents). His personal story was compelling; he'd been diagnosed with non-Hodgkin's lymphoma and left the Senate after one term in 1984, then received a bone marrow transplant and made an unlikely political comeback. He enjoyed an almost sainted image -- the thoroughly honest and unpackaged man who thought in generational terms and fearlessly shared politically toxic truths with the public. And his own politics -- a mix of business-friendly economics and cultural liberalism -- perfectly reflected the Weld-ian sensibility that prevailed in Massachusetts at the time.

In other words, it was perfectly natural for someone like Romney, a venture capitalist who back then described himself as passionately pro-choice and pro-gay rights and stressed his distance from Reagan-style conservatism, to vote for Tsongas in 1992. Which is the point that Romney and his allies tried to make in 1994, when Democrats tried to paint him as far-right ideologue. Romney had to be careful -- among die-hards within the Massachusetts GOP, the Tsongas vote was a sensitive subject -- but he and his allies quietly used his '92 vote to counter the Democrats' caricaturing.

There was even some hope among Romney's team that Tsongas might endorse him. Tsongas had built his name as a critic of Kennedy's old-school labor-friendly liberalism and had even helped launch an anti-deficit group (the Concord Coalition) that in '94 gave Kennedy a failing grade. And his personal history with Kennedy was complicated. When Tsongas had run for the Senate in 1978, Kennedy had barely lifted a finger to help him, perfectly content with the prospect of Ed Brooke -- the liberal Republican incumbent and the first African-American elected to the Senate since Reconstruction -- continuing to serve. But Tsongas ultimately endorsed Kennedy just a few weeks before Election Day. The editorial response of the conservative Boston Herald was telling:

And - if such truths can ever be acknowledged in politics - the truth is that Tsongas has far more in common with Kennedy's Republican challenger Mitt Romney. (Romney has already acknowledged crossing over to the Democratic presidential primary in 1992 to cast a vote for Tsongas. It is a statement he makes with no apologies and with a certain degree of pride.)

In other words, Romney didn't just check off Paul Tsongas' name on a ballot. He presented himself to Massachusetts voters as a carbon copy of Tsongas, with a different party label.

This, of course, is a far cry from what Romney said in Florida on Thursday, and what he's been saying about the Tsongas vote since stepping onto the national GOP stage. Now, he expresses surprise that anyone would raise the question, and suggests he was engaged in some kind of subversive quest to undermine Bill Clinton and boost George H.W. Bush. It's all complete and total nonsense, as anyone with firsthand knowledge of Massachusetts politics in the 1990s can attest. Of course, not many Republican voters have firsthand knowledge of Massachusetts politics in the 1990s, which helps explain why Romney has been so adept at wiggling away from his moderate past, on this subject and many others.