The grim future of campaign finance

The immediate reform fight is not about stopping the flow of money, but rather securing mere disclosure 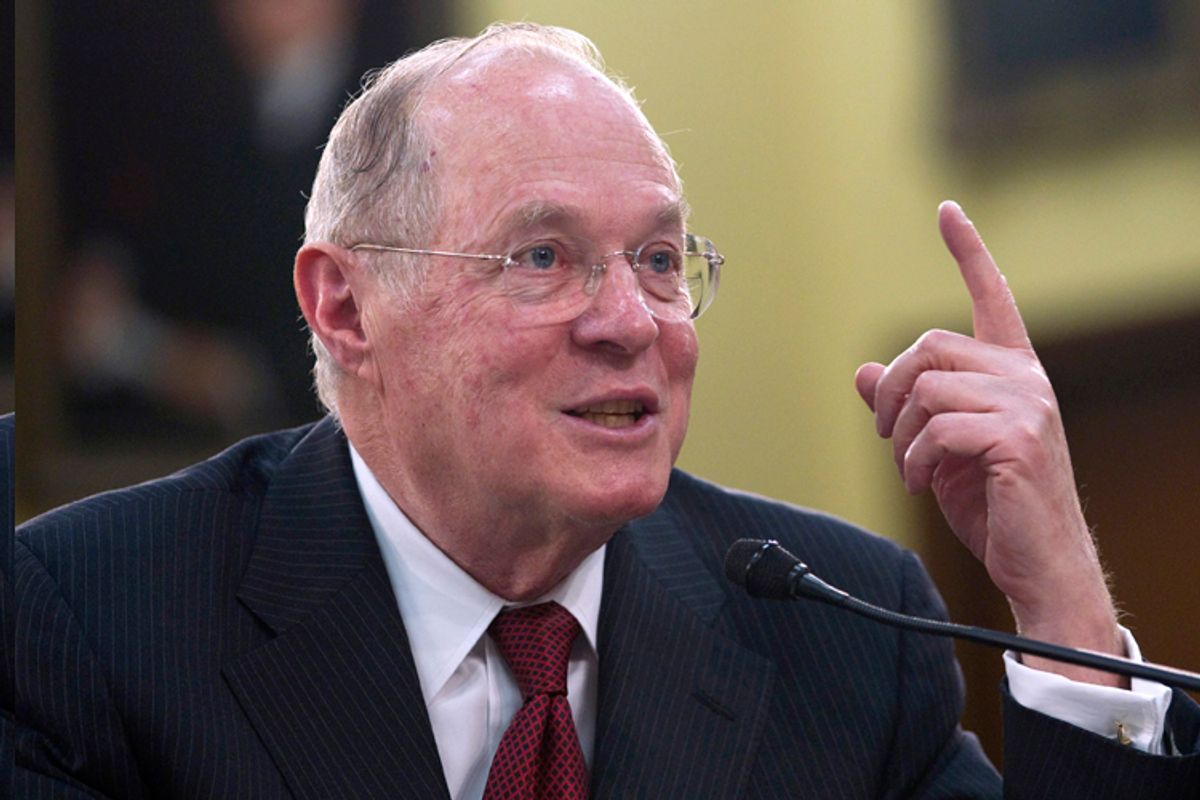 It's not even the general election season, and we're already seeing the electoral process dominated by super PACs, funded with unlimited donations and protected by a paper-thin veil of "independence."

The super PACs operating in the GOP primary have managed to delay disclosing their donors until next month, but the identities of who funded these groups will be public. Groups in a different category -- those that don't ever disclose donors -- haven't started operating in any prominent way, but you can be sure they will in the fall.

I've recently explored how we got to this point. But what about the prospects for reform of a system that so many are disillusioned with?

To learn about what's going on, I spoke to Fred Wertheimer, the founder and president of Democracy 21, who has been working on campaign finance issues for more than three decades.

Huffington Post is reporting that a campaign finance bill is in the works in Congress – something similar to the DISCLOSE Act of 2010 -- and that you worked on the bill. What can we expect from this effort by the Democrats?

It is designed to solve a series of problems. First of all, we had more than $135 million in secret contributions injected into the 2010 congressional races through tax-exempt groups that don’t disclose their donors. These are the 501(c)(4) advocacy groups and the 501(c)(6) business associations. This legislation, like the DISCLOSE Act, will ensure that donors giving money to groups that are spending it to influence elections are disclosed.

Second, we’ve had a serious problem with disclosure of super PACs in this election. From July 1 of last year to date, we’ve had no disclosure of the donors financing the super PACs and will not get any information until early February. That means we’ve had a number of very important primary and caucus contests with voters having no idea who is putting up millions of dollars that are spent to influence their votes. All of those disclosures will come in early February, after critical contests are already over. The legislation will fix the problems that have been created by untimely disclosure by super PACs in the 2012 presidential primary elections.

Third, it will require candidate-specific super PACs to have an official take responsibility for their ads and require the ads to list the top donors to the super PAC.

With the DISCLOSE Act in 2010, it passed the House and fell one vote short of overcoming a filibuster in the Senate. What are the prospects for this new bill once it gets introduced?

The legislation this time will only have disclosure provisions and will not include a number of the nondisclosure provisions that were in the bill in the last Congress and that drew various arguments by opponents who were in fact opposed to disclosure. So this is a powerful bill that is very hard to oppose on any kind of merit argument.  It is focused only on disclosure, and it solves serious problems with disclosure by nonprofit groups and by super PACs which are playing such a major role in the elections. It's going to be very hard to come up with arguments for voting against the bill. That's not going to alone decide the battle, but it will focus the issue on basically one proposition: Should contributions being spent to influence elections be kept secret from the voters? Or do voters have a public right to know who is funding ads being run to influence their votes? We got a whole lot of arguments from opponents last time that didn't address that basic question and had nothing to do with disclosure.

Last time, all the Democrats in the Senate voted to break a filibuster but we couldn't get any Republicans. Democracy 21 and a number of other reform groups are going to work very hard to convince Republicans to vote for the new disclosure bill this time. Republicans traditionally have supported disclosure legislation, up until 2010 when politics took over. I'm not predicting what's going to happen here, except to say that we have a stronger bill and a different dynamic this year with super PACs and the problems they have created front and center in the public's mind.

The Senate is 53-47 right now, so you'll need all the Democrats plus seven Republicans to get to the 60 vote threshold?

Yeah. And if it doesn't pass this year, by the end of this year we are going to have a huge amount of secret money in our elections. And we will pursue this in the next Congress, when it will be even harder to oppose.

So let's say this disclosure bill passes and becomes law, it really won't stop the flow of money from the super-rich into the system?

No, it doesn't. We are currently drafting legislation that would shut down the candidate-specific super PACs. By that I mean, the super PACs that are out there each focusing on one candidate, that are being run by surrogates of that candidate, and that are absurdly claiming to be PACs making "independent expenditures."

How can those be shut down in the context of the Supreme Court rulings we have, including Citizens United?

The Supreme Court basically said that in order for this kind of unlimited money to be used to make campaign expenditures, the groups making them must be independent from the candidate. Citizens United did not in any way define independence. The Supreme Court in the past has used very broad language to define "independent" -- that the groups must be totally independent, fully independent, not based on a wink and a nod from a candidate. The statutory language here about what constitutes coordination is broad, but the FEC has adopted a regulation that greatly narrows it. So we believe that you can define the meaning of "independent" in ways that can make clear that these candidate-specific super PACs, run by associates of the candidates, are not independent and therefore do not qualify to make these expenditures.

If that passed, though, wouldn't that just bring us back to a 2004 situation, where, for example, the Swift Boat group was getting unlimited donations from individuals to go after John Kerry in TV ads?

Well, we filed complaints against the Swift Boats group and other groups in 2004, and the Federal Election Commission at that time found that they had operated illegally in the presidential campaign and fined them. The FEC findings of illegality would have prevented similar behavior in the future if we hadn't run into the Supreme Court. However, even with the legislation we are drafting we still will have problems with super PACs that are not tied to specific candidates.

Beyond the legislation you're thinking about drafting, is there some kind of long-term fix you have in mind? A robust public financing system perhaps?

Yes, also on our long-term agenda is empowering citizens to make small donations whose value will be multiplied by public funds. We think the longer term solution here is to provide a counterbalance to all of this influence money sloshing around in the system by literally overwhelming the system with small donations from citizens. In order to do that, we need to figure out how to master the power of the Internet in giving and raising small donations, and we have to provide incentives for these contributions, such as a 5-to-1 match for every contribution up to $200. The bottom line is, we need to be in a situation where candidates have an alternative way of financing their campaigns so they do not end up obligated to and dependent on influence-seeking money.