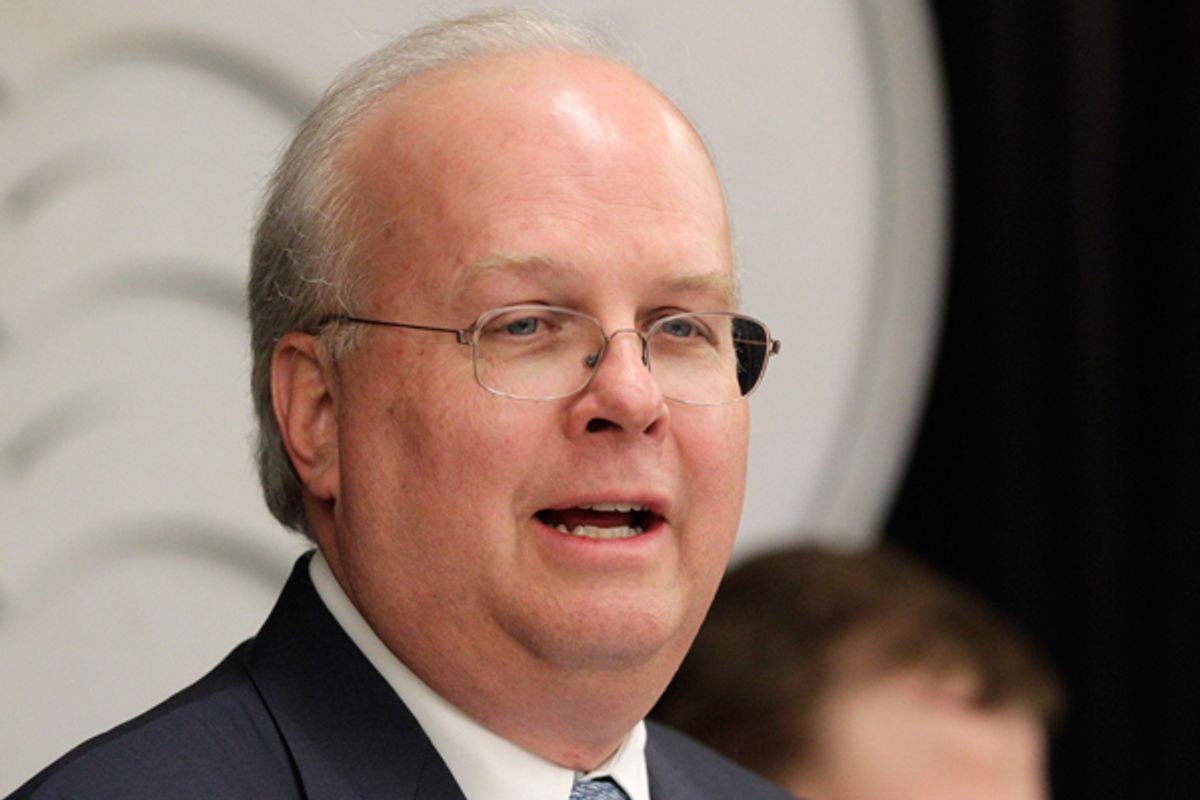 We've written a lot about Sheldon and Miriam Adelson and their $10 million in donations to a pro-Newt Gingrich super PAC. Part of the reason the Adelson donations got so much attention is that their existence was leaked to the media before the disclosure filing deadline. Since all super PACs were required to disclose their 2011 donors yesterday, we now have a much better picture of the other mega-donors who are in effect setting the agenda of the GOP primary.

One of the big headlines out of the filings Tuesday is that Harold Simmons, a Texas billionaire, gave the Karl Rove-affiliated American Crossroads an impressive $7 million over the course of just a couple months in the fourth quarter of 2011. That's nearly 40 percent of the $18 million the group raised last year; an affiliated group, Crossroads GPS, whose donors are secret, raised more than $30 million.

Simmons gave $5 million of the money personally, and another $2 million via a corporation he owns called Contran. Even though the $7 million he gave to Crossroads (along with another $1 million to the Rick Perry super PAC) puts Simmons among the top donors of the cycle, his bank account can handle the hit. Simmons was the 33rd richest American in 2011, according to Forbes, which put his net worth at $9.3 billion. Amazingly, his net worth increased in 2011 $4.3 billion from the previous year, Forbes says.

Simmons owns companies that manufacture a range of products including metal goods and chemicals. And he has generously funded a range of right-wing causes going back to the 1980s; perhaps his most notorious effort in recent years was the money he gave to the Swift Boats group that went after John Kerry's Vietnam service.

His campaign donations have been known to help his bottom line. Simmons has, for example, been a longtime patron of Rick Perry and he recently got a potentially lucrative favor from the governor, the Los Angeles Times reported last year:

Simmons, the second largest individual contributor to Perry, is poised to gain perhaps the most as his firm constructs the first new low-level radioactive waste disposal site in the country in three decades. The venture could not have happened without the backing of Perry, who early in his administration signed a controversial law allowing a private company to build such a facility in Texas.

Simmons' company, Waste Control Specialists, or WCS, lobbied fiercely for the measure and eventually got its license approved by Perry-appointed state regulators despite objections from some state environmental agency staff.

Simmons' donations to Crossroads have been funding ads like this: