Why are defense lobbyists funding the pet crusade of the wife of Buck McKeon, House Armed Services Committee chair? 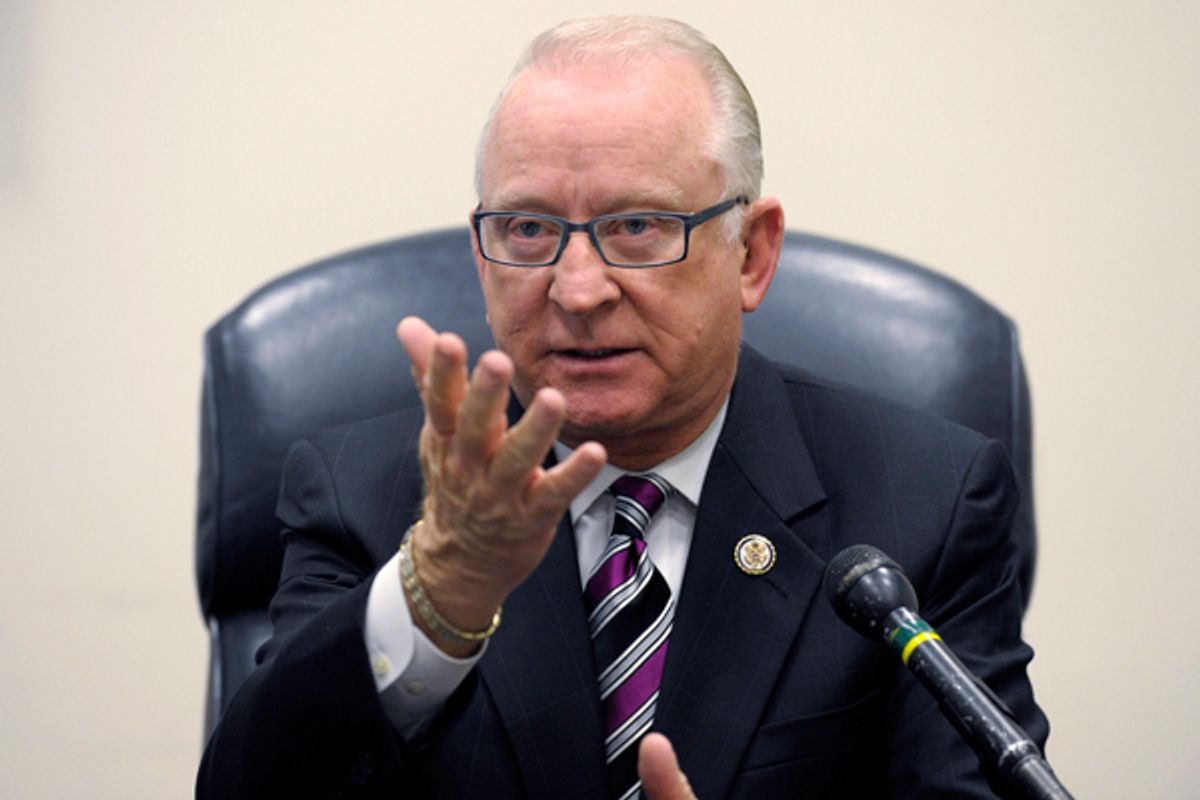 Patricia McKeon, wife of a powerful committee chairman in Congress, announced her bid for California Legislature last fall by telling local Republicans that she decided to run for office because she's fed up with the plastic bag tax in Los Angeles County. "Just think how much food we could buy if we weren't forced to pay 10 cents for grocery bags," she said in announcing her campaign. Within days of her official announcement, one industry stepped up to finance her campaign -- but it wasn't the plastic bag industry. It was military defense contractors and their Beltway lobbyists.

Disclosures posted last evening at the California secretary of state's website confirm that a flood of military contractor money has flowed to Patricia McKeon, who is running for an open Assembly seat in a district that overlaps that of her husband, Republican Rep. Buck McKeon, chairman of the House Armed Services Committee.

As Salon first reported this week, defense lobbyists are scrambling to mitigate looming defense budget cuts and appear to be donating to Patricia McKeon because of her husband's powerful position overseeing  the Pentagon budget.

In her first few months of fundraising, Patricia McKeon collected at least $19,200 from defense contractors or their registered lobbyists. Her husband of 49 years is already the top recipient of military industry cash in Congress, so some of the contributions to his wife appear to be an attempt to get around federal campaign contribution limits.

Rep. Buck McKeon has rigorously defended the jets, despite growing concerns that the planes will run almost $90 million over budget each.

The lobbying firm Beau Butler LLC gave to Patricia McKeon as well. Beau Butler lobbies for Proxy Aviations, a drone company. Although it's not clear why a drone maker would rally to Patricia McKeon's call to end plastic bag taxes, the industry is an important cause for Buck McKeon. He's co-chairman of a caucus dedicated to promoting drones for both military and civilian purposes.

Other Buck McKeon-related lobbies also donated to Patricia McKeon's campaign coffer. Bruce Leftwich, a government affairs executive with a group associated with for-profit colleges, gave $500. In his previous committee chairmanship, at the helm of a subcommittee dealing with post-secondary education during the Bush years, McKeon helped for-profit colleges with a rule that extended billions in taxpayer money.