Why the right hates Planned Parenthood

The pressure on the Susan G. Komen Foundation is just part of a war to separate abortion rights and women's health 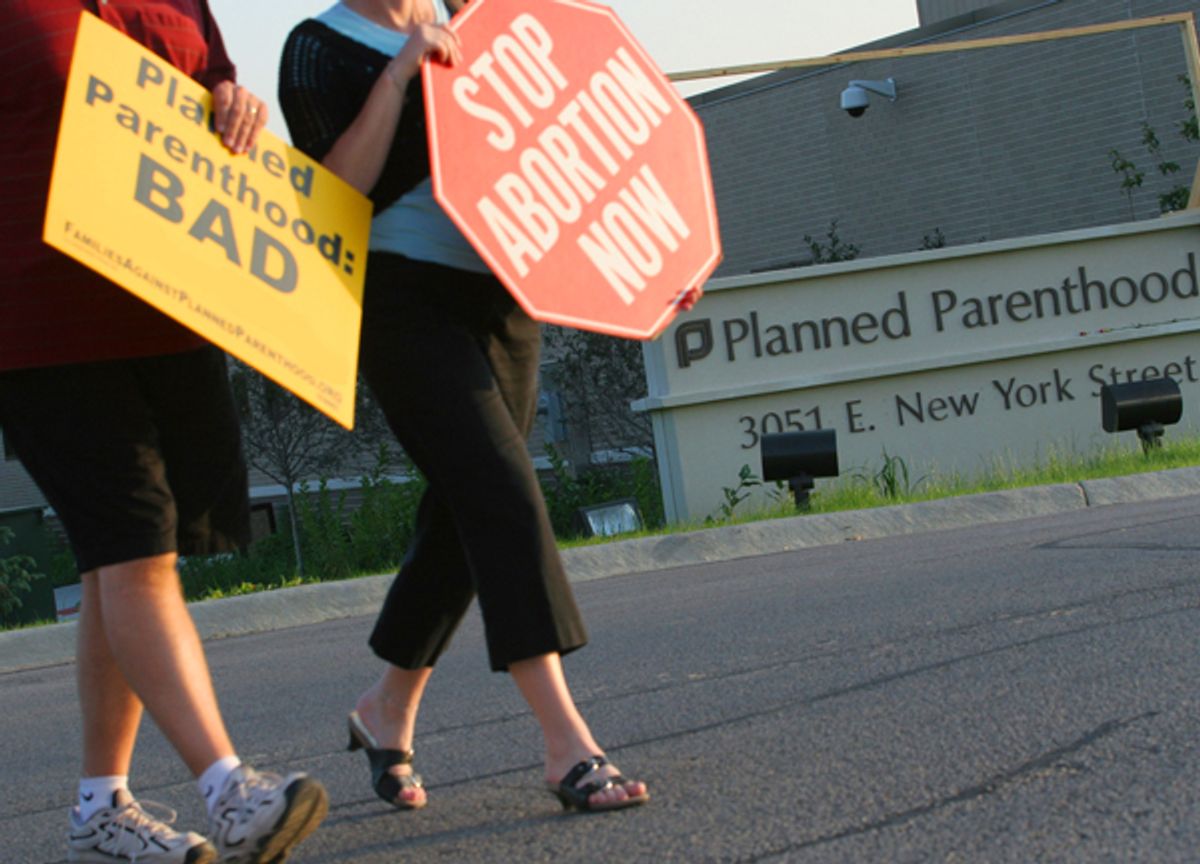 “I do not support the mission of Planned Parenthood," Karen Handel, the Susan G. Komen Foundation's senior vice president for public policy, wrote in 2010, during her failed gubernatorial bid in Georgia. It's worth asking again what that mission is and why the right hates it so much, now that the foundation has withdrawn its funding for Planned Parenthood to provide breast cancer screenings to low-income women.

As its important support for the expanded access to contraception underscores, Planned Parenthood's "mission" is pretty simple: providing comprehensive healthcare to women, which it does more than anyone else in the country. No federal funding, except in extremely limited cases, goes to abortions, and not all Planned Parenthood centers provide abortions, but the fact that the organization refuses to capitulate to abortion foes and pretend that abortion care isn't a women's health concern is part of what rankles. It clearly drives the right crazy that an organization with this approach has the scale and resources to not only help actual women make fertility decisions, but also have some leverage with the current administration -- enough to prevent the Republican House from shutting down the entire government over Planned Parenthood funding early last year.

In many cases, Planned Parenthood is the only access to healthcare that low-income women and men have, and where the right has succeeded in pulling local funding for it, the vacuum in services has been hard to fill. Handel was reiterating her opposition to Planned Parenthood, in a campaign blog post disinterred by Jezebel, because she'd come under fire for presiding over a county that contracted Planned Parenthood to provide "breast and cervical cancer screening, as well as a 'Healthy Babies Initiative.'" Handel says in her own defense that "Planned Parenthood was the only eligible vendor approved to meet the state criteria," but adds, "Since grants like these are from the state I’ll eliminate them as your next Governor." What happens to the babies and the breasts and the cervixes in the absence of an eligible vendor? The right has stopped even pretending to care.

As long as women remember Planned Parenthood as their lifesaver in providing sexual health counseling, emergency contraception or a pap smear, it's harder to peg abortion providers as back-alley butchers. And it's easier for them to understand the reality that abortion services are inseparable from any truly comprehensive women's healthcare, whether one wants to choose them or not.