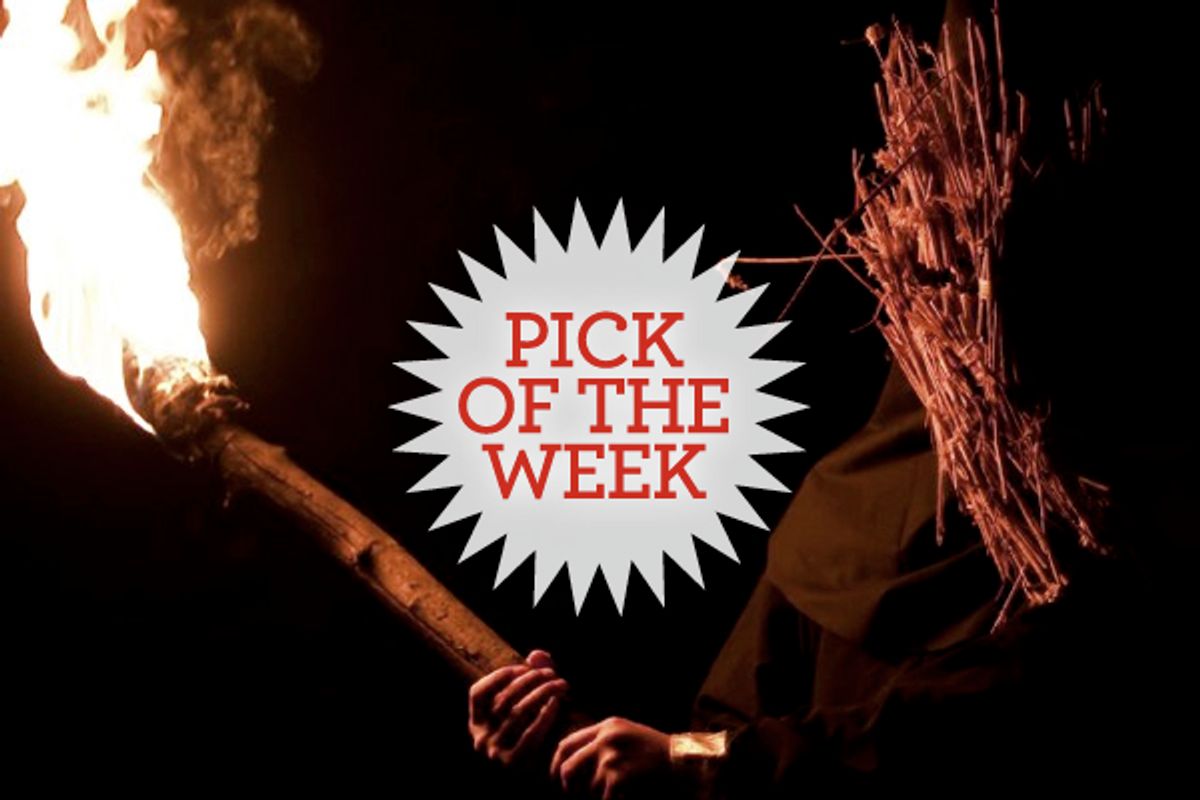 Ben Wheatley certainly isn't the only filmmaker who built his reputation making wannabe-viral video clips for the Internet, but he might be the most talented one, and the one who's made the most impressive transition to the big screen. A 39-year-old from suburban London, Wheatley will perhaps never attain the heights of popular success he hit in 2005 with a 10-second video titled "Cunning Stunt" (it's a spoonerism -- get it?), which I should not spoil in case you haven't seen it. Go ahead, the rest of us will wait. Honestly, the combination of good cheer, cleverness and outright cruelty achieved in "Cunning Stunt" pretty much tells you what you need to know about Wheatley. You'll either conclude, hell yeah, I want to watch whatever that dude makes next, or you'll say get me the Sam Hill out of here. In either case, I understand.

Wheatley's debut feature, "Down Terrace," was a bizarre, bleak and hilarious blend of genres, starting out as a Mike Leigh-style working-class family drama and ending up as an especially gruesome "Sopranos" episode, transported to the south coast of England. Let me introduce "Kill List," Wheatley's highly touted second film, by admitting that I'm infinitesimally disappointed that it's not as funny as "Down Terrace" (though it definitely has its moments) and also that he's gone so deep into the tradition of creepazoid British genre movies. (Rather than, you know, making the kind of depressing, no-audience films I like better.) But there's no disputing the ingenuity and even the brilliance of this mind-bending mashup, which begins as a gritty recession-era marriage drama -- the opening scene features a couple arguing about whether they have the money to get the Jacuzzi fixed -- and then descends into ominous violence and finally total insanity.

I suppose you could say that the way Wheatley splices incompatible kinds of movies together into one story, like some demented mad scientist, has an Internet-age flavor to it. But that's not something entirely new, and he actually comes off more as a hardcore fan of British independent and low-budget cinema, who loves the kitchen-sink realism of the '60s and also loves a bunch of well-known horror movies and thrillers that I'd better not mention right now. Love it or hate it, "Kill List" is a definite widescreen cinematic experience loaded with delicious details, from the hotel clerk who holds a conversation without really listening to the sound of someone getting his brains beaten out against a concrete wall. He's like a faux-Cockney Quentin Tarantino, passionate about the things he loves and also dedicated to the Anglo-Saxon tradition of "taking the piss" -- and believe it or not, I mean that as a compliment.

The woman shrieking about the Jacuzzi money in the opening scene is named Shel (MyAnna Buring), the blond-bombshell Swedish wife of Jay (Neil Maskell), an unemployed ex-soldier who's kicking around their suburban house outside Sheffield, in north central England. Jay at first seems like a hundred other unappealing husbands in British movies of this ilk -- he's a bit of a whiner and a bit of a drinker, he's put on some weight around the middle, he's much too hot-tempered and has a laddish London accent that seems halfway affected for a guy who has a Jacuzzi and a garage full of garden chemicals. It takes us a while to figure out that he doesn't have some vague freelance I.T. gig, as he tells a friend's visiting girlfriend. He was a private-security Mafioso during the Iraq war and is now a hit man, evidently suffering from the after-effects of a job that went wrong in Kiev a year ago.

Maskell is a well-known presence on British TV, and gives a fearless performance here, in the sense that Jay is the protagonist of "Kill List" and neither the actor, the director nor the screenplay (credited to Wheatley and his partner, Amy Jump, "with contributions by the cast") ever tries to make him seem even remotely likable. As with "Down Terrace," how you feel about this is likely to determine whether you can stand this movie or not. As you go deeper into the swirling maelstrom of "Kill List," you'll identify more and more with Jay's struggle to remain afloat amid the bloodshed, madness and general atmosphere of malice. But you're never going to admire the guy, and you're always likely to conclude that whatever horrible fate befalls him is one he's brought upon himself.

After eight months away from the game, Jay and his shaggy Irish partner in crime, Gal (the delicious Michael Smiley, who was also in "Down Terrace"), have received a mysterious commission from a sinister, leathery little man (only identified as The Client, and played by Struan Rodger) who seems to know way too much about what happened in Kiev. From the very beginning, this assignment seems loaded with mysterious significance, and wrapped in a feeling of unspeakable dread. Gal and Jay are sent to assassinate a Catholic priest in his church, and then a "librarian" who curates an especially repellent collection of pornography. What connects these two people -- and why do they seem so eager to thank Jay, just before he kills them? And then there's Gal's ex-girlfriend, a wide-eyed brunette named Fiona (Emma Fryer), who keeps turning up in unexpected places -- and who may not be the clueless corporate drone she appears to be.

Oh crap -- I've almost told you way too much! But not quite. Here's the key thing to understand: Every craft element of "Kill List," from the acting to the cinematography (by Laurie Rose) to the cracked but seemingly inevitable downward progress of the narrative, is absolutely terrific. This movie is yet another testament to the thriving creativity of the British indie-film scene. It's also the kind of movie designed to mess up your mind, like some unseen Nicolas Roeg or Ken Russell picture out of 1981, and it will. As Gal and Jay descend further into mayhem and madness, uncertain whether they're going crazy or being lured into a dreadful trap, you may want to consider the surprise ending of "Cunning Stunt," and to get ready for something even worse here.

Whether the shocker final scene of "Kill List" has been earned -- and whether it can survive a logical interrogation -- is a conversation we'll have to have after you've seen the film. I have my own questions about that matter, but to think in fatalistic terms, Jay's odyssey can only end badly, and without question there's a terrible karmic justice to what happens. This is the kind of movie you'll want to work over with friends after you see it, unless you want to go straight to bed and vow never to take my recommendations ever again. I halfway want to get Ben Wheatley on the horn and have him explain the ending, and halfway suspect that it's supposed to stem from an evil logic so deeply rooted in human society that it defies all explanation.

"Kill List" opens this week at the IFC Center in New York and the Cinefamily in Los Angeles, with more cities to follow. It's also available on-demand from many cable and satellite providers.