Puppies and nostalgia will always sell 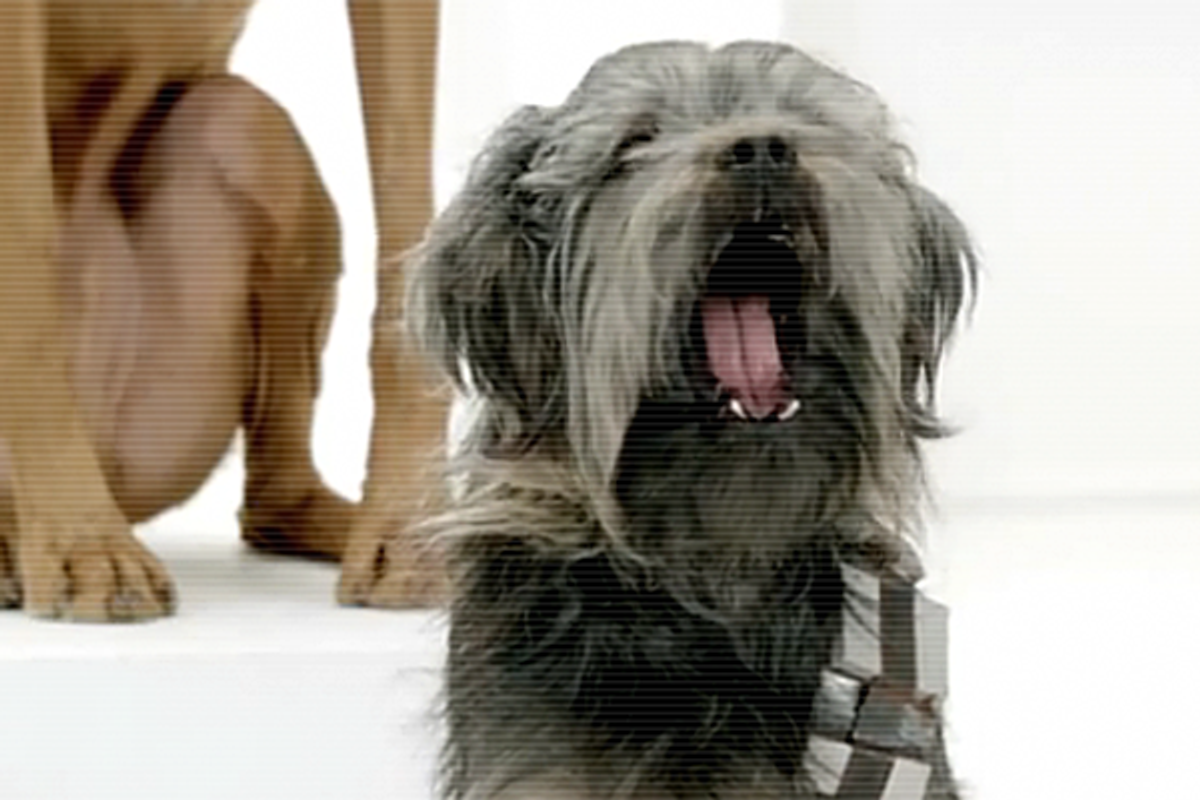 “If God manifested himself to us, he would do so in the form of a product advertised on TV.”  --Philip K. Dick

So how did you like this year’s Super Bowl ads? You know, the ones that haven’t aired yet? The ones that have been teased, previewed, screened, deconstructed and parodied days and -- in some instances, weeks -- before their broadcast  “premiere” during Sunday’s big game?

Which dancing and/or talking, cute, furry piece of CGI wizardry did you like best? Which retro-celebrity comeback performance? Which piece of brilliantly choreographed boomer nostalgia or crowd-sourced slapstick? What offended you more, the GoDaddy boobs or the boobs that represented the prototypical salt, trans-fat, hops-barley-and-corn-obsessed American male, circa 2012?

We once experienced events as they happened and we were surprised or delighted, nonplussed or disgusted, in real time. But now, in a hyper-accelerated world where 4G is just waiting for 5G to supplant it, the speed of light is too slow, and even the sense of immediacy somehow feels inadequate; we prefer to experience our events, particularly the enormous ones, well before they happen.

Trailers for next summer’s blockbuster begin running in December, filled with the funniest gags and the sexiest innuendo, making it feel as if we’ve seen the film before it ever happens. Reviewers give spoiler alerts to preserve the sanctity of a plot, yes, but also to alert the alphas of a future-tense culture that they’ll know what happened before it happens

So it only makes sense that we see the ads for the most-watched television event of the year well before they debut, right? As advertisers profess, extending the customer interaction is a great way to maximize the impact of a $3.5 million, 30-second media buy. Pre-premiering a spot online gives a brand the chance to garner substantial incremental YouTube views (9 million and counting – not including the new extended version! -- for Honda’s new “Ferris Bueller” homage). Plus, previewing the same spot on an entertainment show such as “Entertainment Tonight” or “The Insider” further adds to the cumulative number of eyeballs that will see their message. When else can a brand get Billy Bush to dish about its product? Add to this the extensive, ongoing social media engagement campaigns attached to almost every commercial featured in this year’s game and the $3.5 million investment almost seems justified.

But at some point this strategy is doomed to backfire. Doesn’t every sneak peek and online preview undermine the wonder and spontaneity of an event viewed by 110 million viewers, more than half of whom, according to a study conducted by the advertising agency Venable and Partners, are watching primarily for the commercials? Why mess with one of the last DVR-proof pieces of broadcast content? The reason NBC can charge $116,000 per second is because on the 364 days a year that are not Super Bowl Sunday, we’ll do whatever we can to avoid television commercials. Perhaps one year it will take its toll on the ratings and the impact of the ads. Perhaps it will seem so very 2012 to race our friends to first post a soon-to-be buzzed-about ad on Facebook. But curiously, this Occupy-influenced culture is also being convinced to fetishize consumerism this week -- to know the back stories, the interesting production facts, even the details about ads that were too controversial to make the cut.

I used to hypothesize that the Super Bowl ads of a given year were a reflection of the zeitgeist, a sort of ideological barometer. For instance, the 1999 E*Trade dancing monkeys that captured the brio (“We just wasted $2 million!) of the pre-Internet bubble burst or, conversely, the 2002 White House PSAs that ominously linked smoking marijuana to, among other things, terrorism. But now more than ever the commercials aren’t as much a reflection of the zeitgeist as they are a reflection of a desperate media reality and the degree to which advertisers and their agencies are asked to exceed the massive expectations of an increasingly brand-savvy, post-ironic culture that is almost impossible to surprise.

Despite all this, most of this year’s ads, on first viewing, do surprise. As a group they are as consistently entertaining and smart as any I’ve seen. Makes me eager to see the 2013 Super Bowl ads when they’re released next week.

James P. Othmer is the author of the novel “The Futurist,” the memoir “Adland: Searching for the Meaning of Life on a Branded Planet” and the forthcoming thriller, “The Last Trade,” written as James Conway.