The snake oil of "Who lost Iraq?" 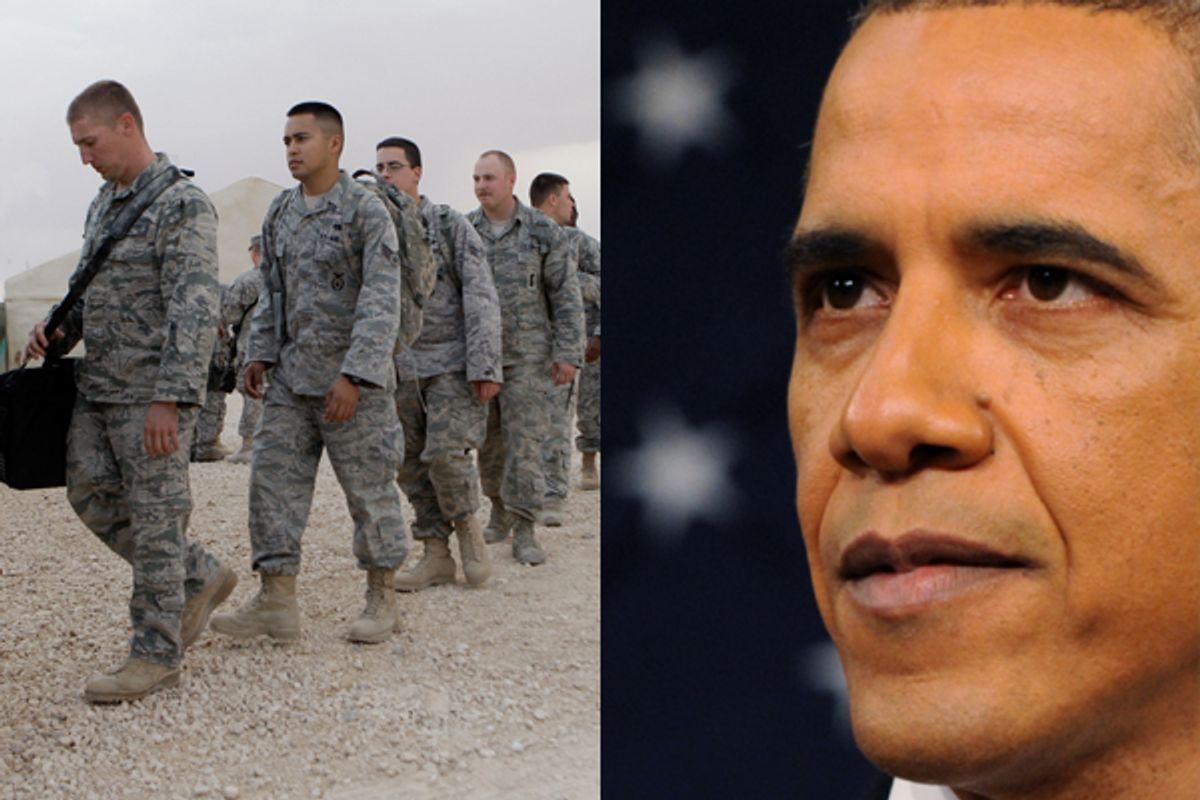 When Communist forces took over China in 1949, a debate erupted in U.S. foreign policy circles over “Who lost China?” Amid the growing ferment of the Red Scare, blame was soon affixed to “China hands” in the State Department who, either through incompetence or (more likely, according to Red-hunters like Joe McCarthy) nefarious intent, had neglected to give the anti-Communist forces of Chiang Kai Shek the support they had required, and thus helped deliver China into the hands of America’s enemies, undermining the cause of freedom and democracy. Over the next few years, the hysteria grew to such an extent that eventually even President Dwight Eisenhower was accused by some on the extreme right of abetting the Communist conspiracy through failing to combat it as vigorously as he should have.

Echoes of the “who lost China?” debate can be heard in many of the complaints over the recent U.S. withdrawal from Iraq. Columnist Charles Krauthammer, as he so often does, led the charge, with a column titled, creatively, “Who lost Iraq?” When Obama took office, Krauthammer wrote, “He was handed a war that was won … He blew it.” Condemning Obama for leaving our allies in Iraq “exposed to Iranian influence,” Krauthammer lamented, “Just this past week, Massoud Barzani, leader of the Kurds — for two decades the staunchest of U.S. allies — visited Tehran to bend a knee to both President Mahmoud Ahmadinejad and Ayatollah Ali Khamenei.” Left unmentioned was the fact that many of America’s allies in Iraq have had close relations with Iran for decades. Barzani  has visited Tehran before.

The GOP presidential candidates soon followed suit, in similarly disingenuous terms. Calling the withdrawal a “naked political calculation,” former Massachusetts Gov. Mitt Romney said of the administration, "Either they failed to do it, either by virtue of ineptitude, or they decided that it wasn't that important -- politically or otherwise." Obama had “lost the war.” Former Pennsylvania Sen. Rick Santorum told CBS that Obama had “lost the war in Iraq” and that now “we have Iran having broadened its sphere of influence.”

Taking to the Senate floor to register his displeasure, prominent Iraq war supporter Sen. John McCain said, "It is clear that this decision of a complete pullout of United States troops from Iraq was dictated by politics and not our national security interests." The thing is, McCain is not wrong about the politics, but he is wrong about whose politics. The pullout of U.S. troops from Iraq was dictated by politics -- Iraqi politics. It’s overwhelmingly clear that the Iraqi people wanted U.S. troops out of their country, and, whatever else they may have said in private, Iraqi parliamentarians weren’t willing to publicly disagree with them on that.

Confronted with this point while on a panel at the Halifax International Security Forum last November, McCain was strikingly dismissive of the very democratic processes that he had supported forcibly installing. “We’ve got troops in Kuwait, and we didn’t have to pass it through their parliament!” he insisted.  One wonders how McCain will be able to deal with a more democratic Middle East where governments, more accountable to the will of their people, will not be as willing to toe the U.S.'s line.

In a Wall Street Journal piece in December, Fouad Ajami, another big supporter of the war, similarly condemned the withdrawal. “A president who understood the stakes would have had no difficulty justifying a residual American presence in Iraq,” Ajami wrote, as if all it would have taken to keep U.S. troops in Iraq was a president who was really, truly committed to making the Iraqis see things our way.

As with so many other claims about the American intervention in Iraq, these arguments are not reality-based. Brett McGurk, who served as a senior advisor to three U.S. ambassadors in Baghdad, helped negotiate the 2008 withdrawal agreement with the Iraqi government. He also attempted to negotiate a new agreement in 2011 that would’ve allowed a residual U.S. force to stay.

It wasn’t possible, as he explained in a Washington Post Op-Ed. “The decision to complete our withdrawal was not the result of a failed negotiation,” McGurk wrote, “but rather the byproduct of an independent Iraq that has an open political system and a 325-member parliament."

Trying to force an agreement through that parliament would have been “self-destructive,” he wrote. “That had nothing to do with Iran and everything to do with Iraqi pride, history and nationalism. Even the most staunchly anti-Iranian Iraqi officials refused to publicly back a residual U.S. force — and in the end, they supported our withdrawal.”

As for the claims that Iran would benefit from the U.S. withdrawal, the fact of the matter is that Iraq became “exposed” to Iranian influence the moment the Bush administration removed Saddam Hussein.  For years Saddam had served as the biggest check on Iranian power in the region. It was the Bush administration, supported by the likes of Krauthammer and Ajami, that created an Iraqi government largely run by Iran’s partners and clients. Paradoxically, removing the U.S. presence from Iraq could actually serve to diminish Iranian influence there, by removing one of the drivers of resentment that Iran has exploited in recent years to its advantage.

Whatever the merits of the conservative attacks on Obama's pullout, it is worth noting how little traction they have gotten in the media and in the presidential campaign. The anti-pullout talking points have been delivered and repeated with frequency and discipline that conservatives regularly exhibit, but Americans just aren’t interested in hearing it, at least not right now. Polls continue to show about three-quarters of Americans support Obama’s decision to withdraw troops, with around two-thirds believing that the war was not worth the costs and consequences.

Indeed, Rick Perry’s impetuous declaration that if elected he would send U.S. troops back into Iraq was seen as a harbinger of the end of his candidacy. In an era of constrained budgets, expensive, open-ended troop deployments do not represent an attractive option to voters. While they are clearly not interested in bringing all the troops home and pulling up the drawbridge, Americans do seem to be getting more comfortable with the idea of a less expansive international military presence.

This may change, of course. Desperate for the small shred of vindication that an enduring U.S. presence in Iraq might have provided them, and furious at Obama for denying it to them, the war’s supporters will no doubt continue to sharpen and refine the “Obama lost Iraq” argument, probably to be included in a larger “Democratic weakness” broadside closer to the election.

The continuing violence in Iraq (which is itself driven by enduring political tensions that call into question the “success of the surge” narrative) will be offered as evidence of Obama’s alleged bungling of a war that was won for him. Iraqi Prime Minister Nouri al-Maliki’s increasingly authoritarian tendencies (which were very much apparent when President Bush was still in office) will be presented as proof of Obama’s alleged failure to commit the necessary resources to the building of Iraqi democracy.

In reality, these things should be taken as evidence of the limits of U.S. military power to create the outcomes we would like. While Americans currently aren’t buying what the Iraq war’s remaining advocates are selling, it’s important to keep reminding everybody what’s in the snake oil.