The eerie photographs of a famed painter 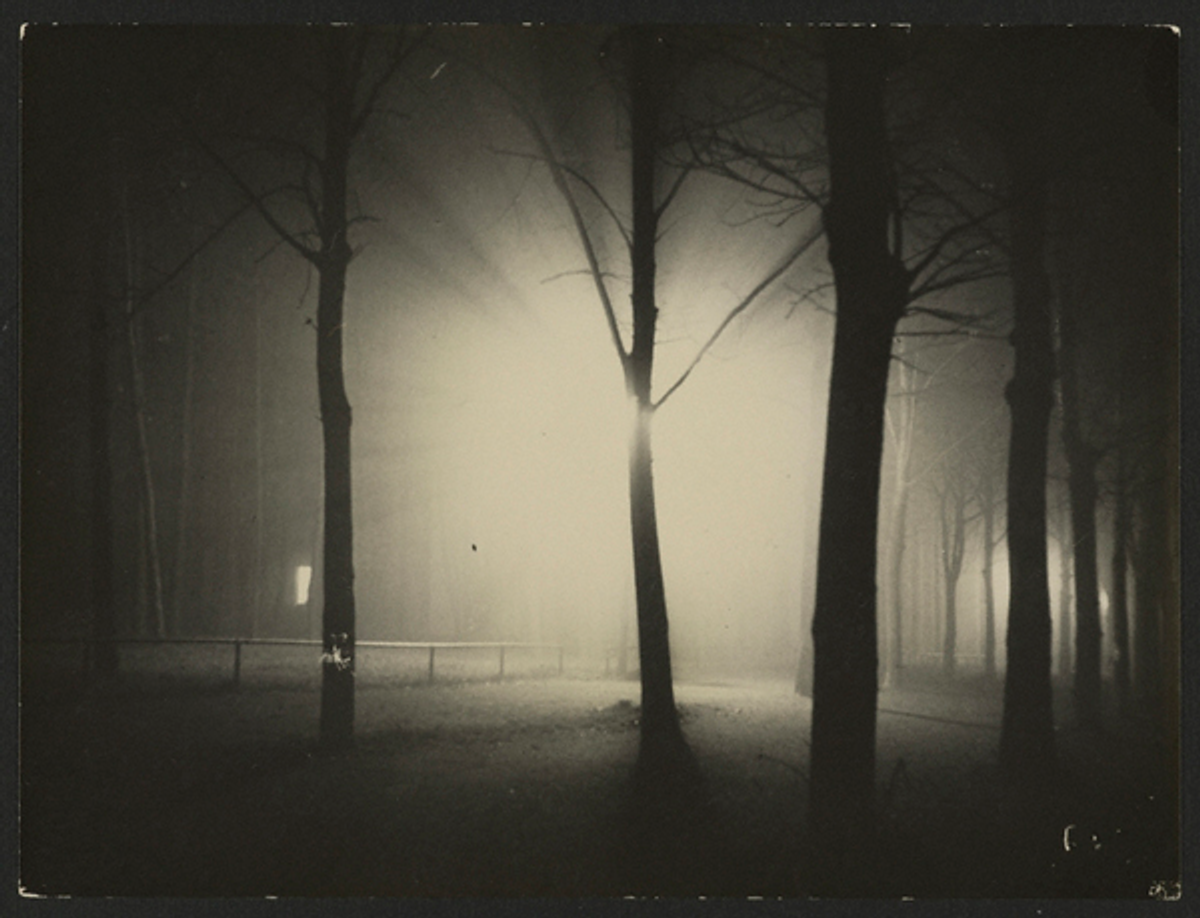 Hitler declared his paintings degenerate. Of course, Lyonel Feininger was actually one of the 20th century's most important American avant-garde artists: at various times a Cubist, Expressionist and Secessionist. He's also well known as one of the Bauhaus's original faculty, and was even a distinguished newspaper comic strip artist. But a photographer? Really?

Truth is, Feininger didn't even pick up a camera until 1928, when he was in his late 50s and had fallen under the influence of his sons Andreas and T. Lux and, primarily, of fellow Bauhaus master László Moholy-Nagy. And he considered his photographing to be more of an experimental – and inspirational – means to a painterly end. But a recent exhibition has shed new light on this practically unknown aspect of his already formidable career.

Lyonel Feininger: Photographs, 1928 – 1939 debuted last year in Germany, where he first established his reputation. It opened at the Getty Center in late October, and will run until March 11 before it travels to the Harvard Art Museums. And as part of the program, critic Niklas Maak will deliver a talk titled "Bauhaus Reconsidered: When Collectivity Becomes Form" at the Getty on Thursday evening, Feb. 16. Maak will reevaluate the school's relevance, back then as well as today.

Laura Muir, assistant curator of the Busch-Reisinger Museum, put together the show and authored a companion book about Feininger's mysterious and melancholy photos. Below is our conversation about this creative medium of his that's been hidden ... until now.

Michael Dooley: What's been the feedback on the show so far?

Laura Muir: The overwhelming response has been excitement about discovering a completely new aspect of an artist who is otherwise very well known. People may be familiar with Andreas Feininger or T. Lux Feininger’s photography, but they associate Lyonel Feininger with painting and printmaking. The fact that photography was more than just a casual hobby – that he was working so intensively with the medium and experimenting in pretty adventurous ways – comes as a surprise.

What aspects of Feininger's photos compelled you to write your book and to curate this exhibition?

I was intrigued by the fact that this fascinating body of work by one of modernism’s key figures existed yet had gone virtually unnoticed. I was interested in the connection between his photography and work in other media, how his work related to other photography at the Bauhaus and German modernist photography in general, and how he was using the medium to explore, in new ways, his longtime artistic interests in night imagery, light and shadow, reflections and transparency.

How might Feininger's photos of the Bauhaus campus reflect his feelings about the school?

In contrast to most other photographs of Walter Gropius’ Bauhaus building, which were made during the day when the campus was bustling with activity and filled with students, Feininger’s photographs were made after dark, when it was deserted. They are more contemplative than celebratory in tone. They also suggest the fact that by 1929, when he made these photographs, he was somewhat estranged from the daily life of the Bauhaus.

Although Feininger retained the title of Bauhaus Master after the school moved from Weimar to Dessau, he no longer taught or was connected with any of the school’s workshops. These photographs were made after Gropius’ departure in 1928, and might also be seen as a meditation on the architect’s utopian aspirations for the school and the building that symbolized them – perhaps a kind of coda to the woodcut of a cathedral that Feininger made in 1919 to illustrate the Bauhaus manifesto.

And what might graphic designers learn from these photos?

I think it is instructive to consider how Feininger took his interests in the inversion of values and the expressive use of light and dark and translated them through the medium of photography into negatives prints and night photographs. These works reflect the spirit of experimentation and fascination with technology that characterized the Dessau Bauhaus and are among Feininger’s most innovative and successful works within the photographic medium.

Finally, what contemporary artists do you see as sharing Feininger's sensibilities?

The San Franciso-based artist Todd Hido approaches night imagery in a very similar way to Feininger – photographing after dark in suburban neighborhoods and using a tripod and long exposures to capture the effects of fog, street lamps and lighted windows. Although larger in format and in color, the effect is strikingly similar to the atmospheric photographs that Feininger made around the neighborhood where the Bauhaus masters’ houses were located.

Laurie Simmons’ interest in staging scenes for the camera and creating small, self-contained worlds was shared by Feininger, who extensively photographed model yachts, wooden toys and mannequins in shop windows.

And Vera Lutter’s extended engagement with the negative image resonates with Feininger’s exploration of the dramatic contrasts and otherworldly effects of the negative print, which he began at the Bauhaus in the late 1920s.

Each of these artists will be speaking about their work at the Harvard Art Museums this spring in connection with the Feininger exhibition.

Next on Imprint: I'll cover the part of this exhibition that deals with Bauhaus' students, their jazz band and their beach partying.