How the vultures took Jason Wu for Target

Target's new line by the beloved designer brought out bloody instincts in consumers. And I was there to witness it 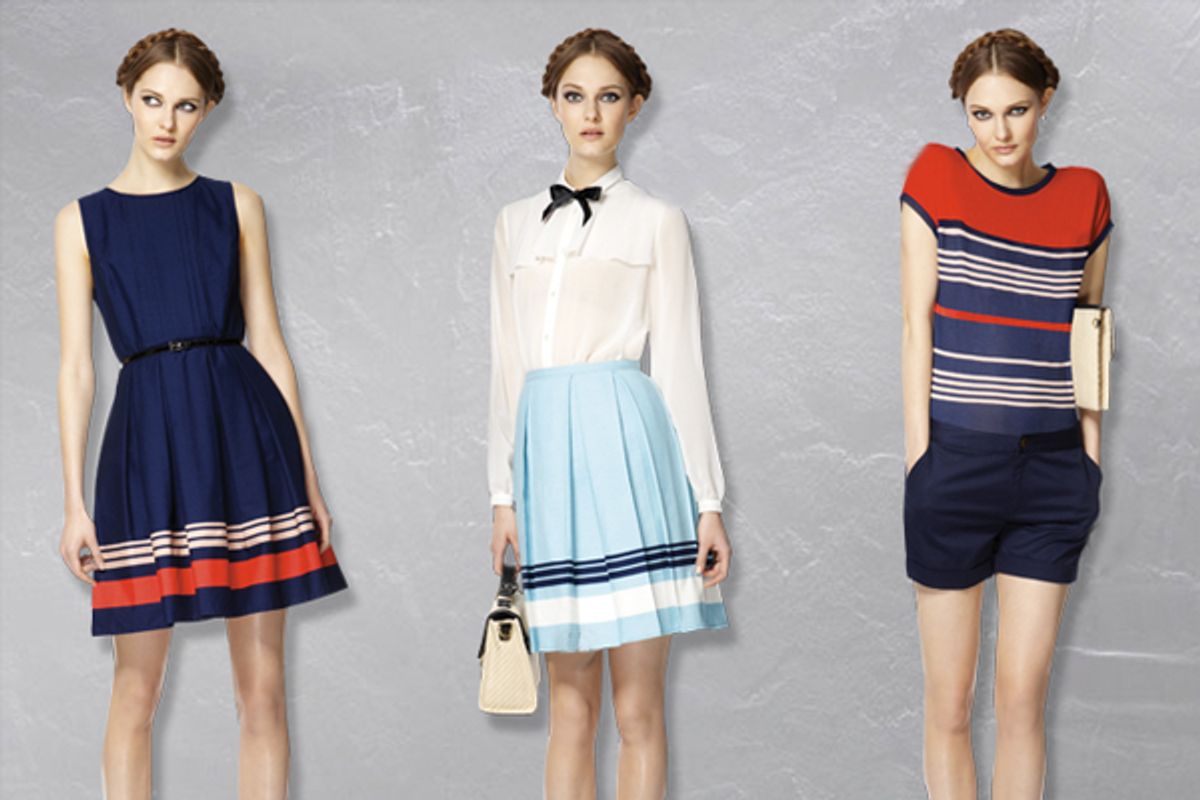 If you thought the End of Days was going to resemble a Chevy ad, you must not have been near a Target on Sunday. September's Missonigeddon might have been intense, but it turned out to be small taters compared to the Jason Wupocalypse. This is how civilization ends. Not with a nuclear missile strike but with a run on kitty cat-festooned tote bags.

Jason Wu is the young, impeccably elegant designer whose career went into the stratosphere when high-profile Michelle Obama chose his dreamy, one-shouldered creation for her husband's inaugural ball in 2009. His preppy-with-an-edge ready-to-wear designs retail at high-end stores like Neiman Marcus and Nordstrom for upward of a thousand bucks a pop. So from the moment Target – which has in the past done wildly successful collaborations with the likes of Alexander McQueen, Jean Paul Gaultier and Rodarte -- announced that it was teaming up with Wu for a February launch, the slavering began. And when Target released a preview teaser of zippy little navy and cream ensembles, we all pretty much knew: There would be blood.

Sure enough, there was. Across the land, you could hear the cries of disappointment as the entire collection was snapped up before most of America had brewed its Sunday morning coffee. In some quarters, it got downright ugly. In Miami, a couple cleaned out the entire line "in two minutes." Store security was called to intervene, the mob turned angry, and one of the Wu vultures allegedly taunted the other shoppers by saying they could "buy it off him outside."

I'm a fan of Wu's cool, ladylike and eminently wearable designs, and, as it happens, live near a Target. And because I usually swing by the superstore after my Sunday morning run anyway, I figured this weekend would afford an opportunity to at least check out the Wu wares. I assumed it wouldn't be crazy there, because believe me when I say that the Bronx Target, conveniently located near the Applebee's and that guy selling incense on a card table, is not exactly the fashionista Mecca of Miami.

It was not yet 10 in the morning on the line's launch day when I entered the store. What I found was a scene of devastation unlike anything I'd since, oh, Filene's Going Out of Business sale in December. The entire accessory line of cute purses and scarves was nowhere to be found. And the handful of racks that had held the promise of cap-sleeved blouses and pleated skirts was picked as clean as a cow carcass in piranha-infested waters. The real pros had likely cleared off moments after the store opened at 8. But around the racks, there still hovered a group of what appeared to be three teams of shoppers, who, by the random assortment of wares in their carts, were not there to beef up their own wardrobes. What was left? One XL trench coat. One XL gold peplum top. One L short-sleeved tee. Over in the children's department, I noticed that someone had squirreled away a cream-colored shirt in a medium. I felt a momentary impulse to snatch it up like a gold nugget in a stream before remembering that it wasn't really my style.

It was a scene being replayed in Targets all over the country, where the line swiftly disappeared -- only to reappear soon after on eBay. There are currently well over 11,000 Jason Wu for Target items up for auction – most promising "NWT" (new with tags) -- and selling at considerable markup. A $39 poplin dress is going for $180. A purse that was $49 is selling for $280. Free enterprise in action.

Designer collaborations with low-priced chain stores – and the frenzies that accompany them -- are nothing new, as those of us who still wake up screaming from the flashbacks of the Lagerfeld for H&M stampede back in 2004 will attest. And they will no doubt continue -- though Target imposed limits on how many items customers could order online, it set no such restrictions on what went down in the stores. Company spokesman Joshua Thomas told the Wall Street Journal this week "the company was 'disappointed' there was so much hoarding." EBay put it in more calculating terms, noting that "this week the marketplace ... reflected the public's enthusiasm.

It may be "disappointing" that a handful of eBay-savvy pros can change how an entire line of clothing is distributed to the masses. But just because a designer goes down-market at the same place you buy your economy-size bags of cat litter, it doesn't make the world of fashion any more inherently fair or democratic. If it were, designers wouldn't be creating clothes with size 0 teenagers in mind. It's just how it is. And so I left Target Sunday morning with dishwashing liquid but no new dresses. I didn't mind. I've got my sights on spring's new Marni for H&M line anyway.